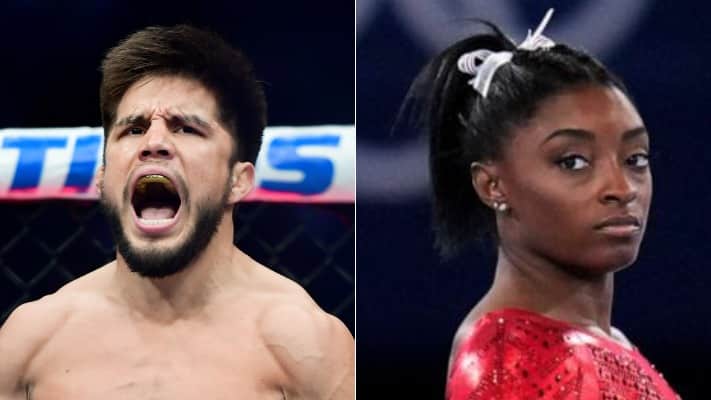 Former UFC double-champion Henry Cejudo does not agree that USA gymnastics star Simone Biles made the right call to withdraw from the Summer Olympics in Tokyo to focus on her mental health.

Cejudo, in addition to his success in MMA, is a 2008 Olympic Gold Medalist in freestyle wrestling. During his UFC career, he often talked about the impact that earning a gold medal has had on his life and what the experience was like competing on a global stage.

Due to his own experiences, Cejudo felt especially compelled to voice his opinion on Biles and her withdrawal.

“I believe Simone Biles pulling out of this thing is like, I think she really needs to check herself,” Cejudo said in a video posted to Twitter. “I think there’s time for a little bit of tough love. ​​If she was my sister, this is exactly what I would do.”

“They only give you a platform, limelight. It’s up to you to believe it and to accept it. If you start to think you’re the GOAT and the greatest of all time, then that’s on you. I do believe she made a mistake. I think now she kind of tends to take it back knowing that a lot of things are backfiring.”

The Japanese government currently makes Ritalin, an ADHD medication, illegal in the country. Biles has previously said that she has been diagnosed with ADJD since a young age but was forced to forego her medications in order to travel for the games.

Biles still has the opportunity to compete in the four remaining gymnastics events at the Summer Games, but it remains unclear as to whether or not she will return to participate in the events she qualified for. Cejudo retired from MMA last year but is allegedly contemplating an eventual return to the octagon.

Do you agree with Henry Cejudo’s comments regarding Simone Biles?