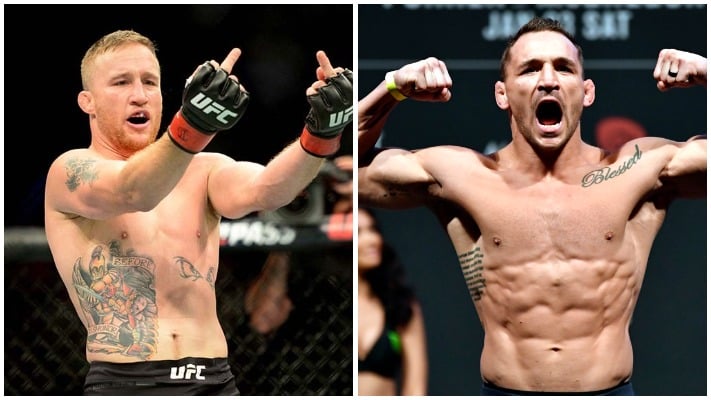 The eagerly anticipated lightweight match-up between Justin Gaethje and Michael Chandler finally appears to be happening.

Brett Okamoto of ESPN broke the news of a verbal agreement between the two fighters last night.

‘The Highlight’ hasn’t been seen inside the Octagon since October 2020. The 32-year-old fell short in his bid to unify the division against Khabib Nurmagomedov at UFC 254. Gaethje ended up being choked unconscious in the second round. The loss to Khabib snapped Gaethje’s four-fight winning streak.

Chandler is coming off an unsuccessful title bid of his own. The former Bellator champion fell to a second-round TKO defeat at the hands of Charles Oliveira in the main event of UFC 262. Before that, he made an impressive start to his UFC career by quickly stopping Dan Hooker at UFC 257.

In May, Dana White talked up a potential fight between Gaethje and Chandler. Understandably, fight fans got excited about another blockbuster lightweight bout. For one reason or another, the UFC boss has been unable to book the fight – until now.

Gaethje vs. Chandler seems likely to be the co-main event at UFC 268. Kamaru Usman will headline the card when he defends his belt against Colby Covington in an eagerly anticipated welterweight rematch.

Who do you think wins at UFC 268? Justin Gaethje vs. Michael Chandler?