Ben Wilmot for Kevin Wimmer is one of many reasons Stoke will head into their fourth straight Championship season with renewed optimism.

Rumour has it if you stand still in the Potteries this summer, in the faintest whisper of the wind you may just hear, smell and feel something not seen in these parts for far too long. That really is the sound of cautious but definite optimism emanating from the bet365 Stadium.

Such has been the overwhelming whimper of Stoke’s three seasons back in the second tier, if you were to look up the dictionary definition of ‘apathy’ at almost any point in that time, there is every chance some foolhardy but switched-on prankster would have used a picture of Stoke City supporters struggling to salvage emotion of any kind as their club recorded 16th, 15th, and 14th place finishes respectively.

Despite a raft of obstacles initially making this upcoming season look like more of the same, a breath of fresh air is being inhaled thanks to a mixture of a big pile of deadwood being shifted, promising players being brought in who feel very ‘un-Stoke’ by recent standards and, more than anything, the fans getting swept up in a sea of happy thoughts too long absent from this part of the world.

The incoming transfer list is so far short but equally sweet. The balance books look healthier than they ever have since the club’s latter days in the top flight. So many of the players who have represented a bad time for the club have moved onto pastures new; the majority have departed permanently.

Take Kevin Wimmer, the Austrian centre-back who couldn’t even play half of Stoke’s Premier League matches in their relegation season and spent each of the three subsequent campaigns on loan. His arrival from the Tottenham reserves came at a time Stoke still had the pulling power to raid the Big Six shelves. Wimmer had his contract terminated so no fee was received from Rapid Wien, but finally shifting the 28-year-old is of far greater importance than any nominal fee they might have fetched.

Another stage of Stoke’s decline was marked in Badou Ndiaye, the midfielder brought for £14million to help complete the Potters’ quite remarkable starting XI. The Senegal international was seen as a big-name signing to complement the more obvious output of Xherdan Shaqiri, but his 13 appearances were dismal and encapsulated the club’s downfall.

Ndiaye may be a negative on the balance sheet, but his leaving is a huge positive in the club moving forward.

Even more recently, the signing of Sam Vokes in a cash-plus player exchange with Peter Crouch from Burnley looked a solid acquisition. The Welsh targetman came with good pedigree having been a popular figure on and off the pitch for the Clarets and thanks to his Euro 2016 escapades. But in two and a half seasons in ST4, Vokes failed to reach double figures and could not get off the mark in 30 second-tier appearances last season, the majority from the bench only a minor caveat in that humbling statistic.

Suitable takers looked an impossibility given Vokes’ wage demands seeming too high for the majority of League One clubs. Even Derby were not likely to use one of their few signings on such a poor recent record. Lo and behold, Wycombe got their number nine and it could be a move that suits all parties but certainly fits Stoke’s immediate criteria of opening up a space in the squad for somebody who can contribute with a clean start. Vokes’ likely replacement is already a marked improvement for having the fans onside.

It runs deep through this club. The vibes are better, simply because of who has left and what each of them represented for the Potters when they joined and throughout their respective spells at the club: poorly manufactured, no natural place and ranging from any point of cracking at the base to being smashed on the floor in anger and frustration.

Liam Lindsay and Ryan Woods never hit the heights expected after impressing at less established clubs, perhaps a sign that due diligence was not done on what type of player Stoke were actually getting.

John Obi Mikel has departed for Kuwait SC after a largely middling season in which his off-field presence at times outweighed the positive contributions on the pitch, while Moritz Bauer leaving for FC Ufa represents a bygone era which has been successfully shifted away.

Given the £87million losses posted by the club for the 2019/20 season, there are still reasons to be concerned when it comes to Financial Fair Play. But the tightening of wages will go some way to helping the club out of that particular jam, while the current first XI looks to have what it takes to mount a promotion push this season where frontrunners look scarce beyond the three relegated parachute payees.

This, of course, will be Stoke’s fourth season back in the Championship after a straight decade in the top flight, meaning their own parachute payments have come to an end.

By that reckoning, this should be the season to be worried, the campaign where after very minimal progress comes the car crash. But there is very little to suggest that will be the case. The signing of Ben Wilmot – a short-term catastrophe on Watford’s part – looks more inspiring than almost any other made by the club in the past five years before even playing a competitive game.

The fact that the departure of youth academy graduate Nathan Collins for Burnley already feels something of a distant memory is testament to the effect that England under-21 centre back Wilmot has had, interacting with supporters on Twitter and already looking a colossus in pre-season. One Wilmot far outweighs five Ndiayes or three Vokes.

The reported loan signing of Liam Delap shows the club is targeting square pegs for square holes. The teenage striking sensation would be the perfect foil to share central attacking duties with the deteriorating but still influential Steven Fletcher, while Bosnia & Herzegovina international Mario Vrancic offers experience, promotion expertise and a sweet free-kick in his locker to add to Stoke’s renewed excitement in the forward areas of the pitch. That will only be heightened when young forward Tyrese Campbell returns from the long-term injury which ruled him out for much of the last campaign.

Manager Michael O’Neill had a superb start to his Stoke career, saving the club from a likely relegation course they were set on by the disastrous reign of Nathan Jones. The Potters briefly flirted with the play-offs last season before Campbell’s injury.

Another injury to a key player could obviously derail another tilt at a promotion push. With all those outgoings and relatively few incomings, this squad will be pushed tight and spread thin, while it remains to be seen how the talented crop in the youth academy can be used in their fledgling careers having come into the senior setup towards the end of last season with the pressure off. 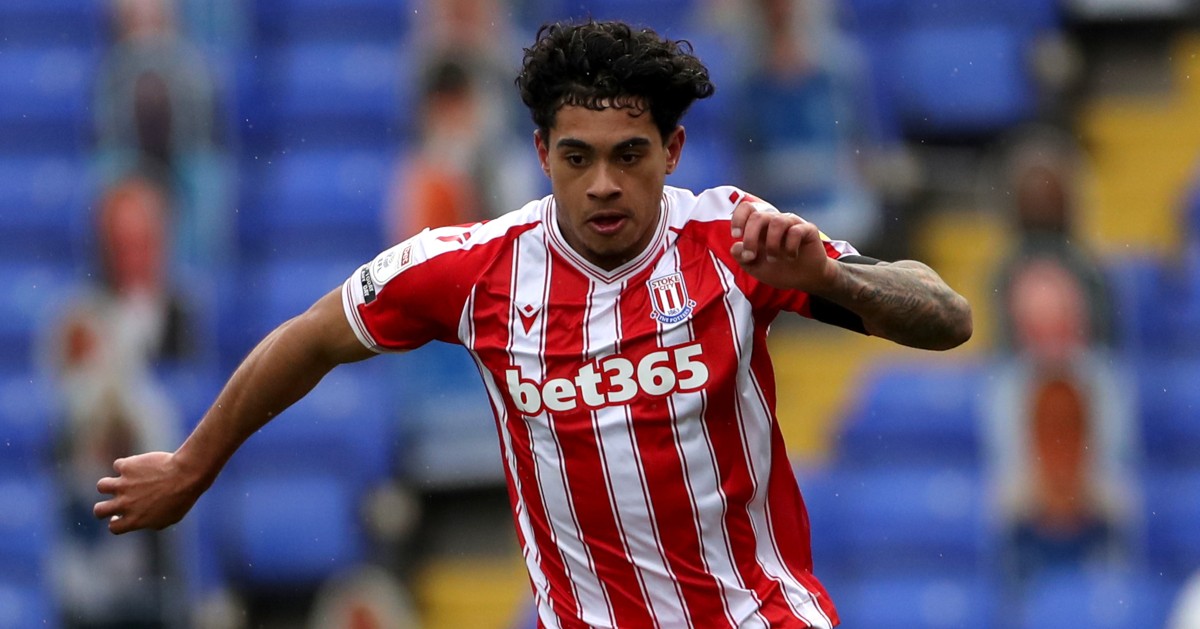 If this is to be a truly successful season, the pressure will need to be on until much closer to the end. Promotion is not a necessity. The club has negotiated brilliantly off the pitch this summer to take off some of the heat financially and steady growth can continue to be the way forward.

It would be counter-intuitive to suggest this squad is likely to or should be expected to target promotion, via the play-offs or otherwise. A superb first XI does not have the requisite back-up oftentimes needed to go the distance in these marathon seasons to which the Championship plays host.

But progress need not equal promotion. During the rough periods endured under the tenures of latter-day Mark Hughes, Paul Lambert, Gary Rowett and Jones, all Stoke fans wanted was a team they could get behind, a team that gave them a reason to feel.

In the summer of 2021, the entire club has pulled together to make that a possibility again. Where and how far that positivity guides Stoke City this season is almost immaterial; Potters fans everywhere are allowed to dream again. It’s been a long time coming.