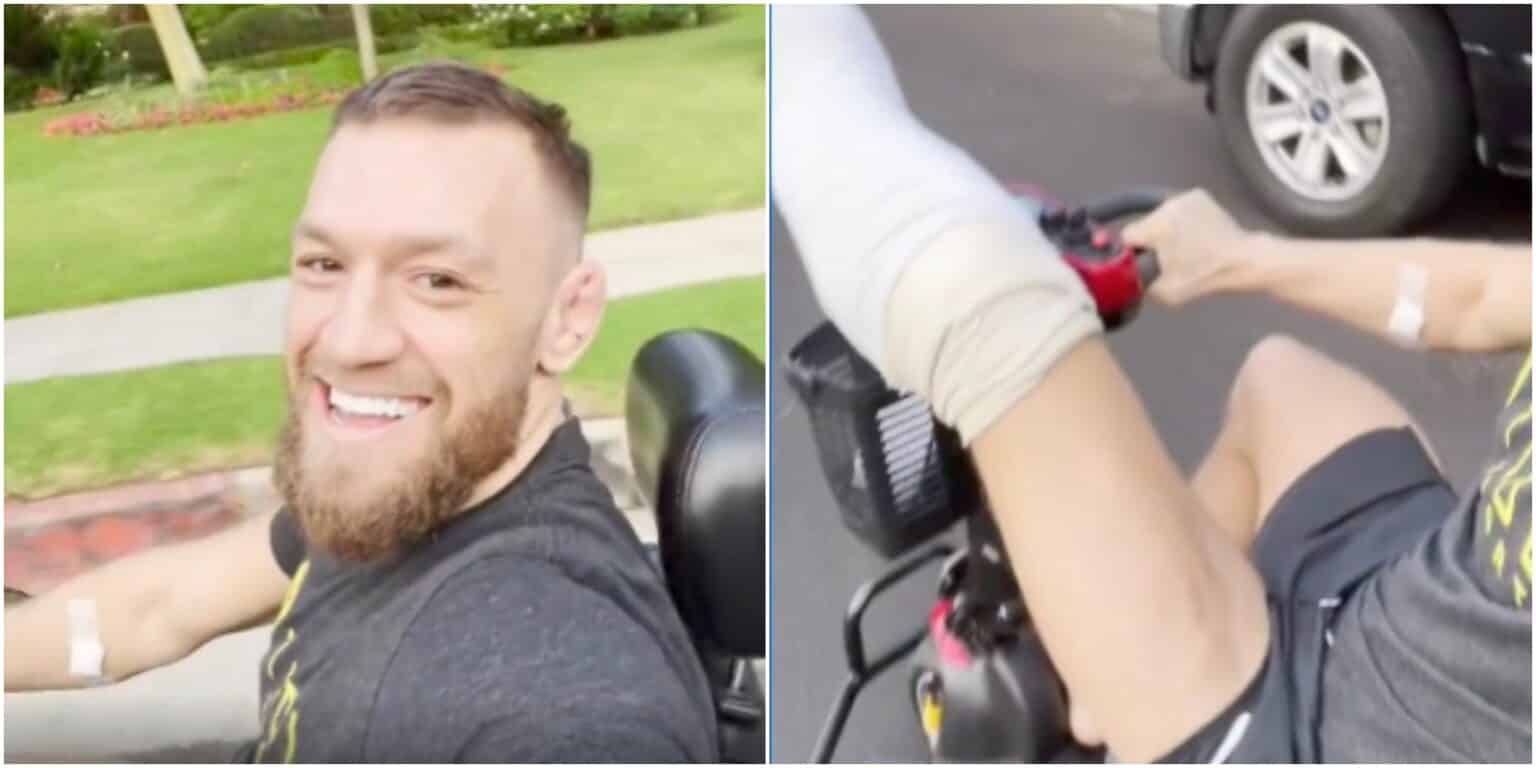 ‘Notorious’ will return to action on September 11 to take on impressionist Al Foran in a wheelchair boxing match.

Comedian and wheelchair user, Stevo Timothy has organized the event that will take place at the Clayton Hotel in Galway and raise money for the Irish Wheelchair Association. He’ll top the bill in a wheelchair boxing bout against two-time Olympic boxing medallist, Paddy Barnes.

McGregor, who was originally set to face Foran in a standard boxing match, first mentioned a potential wheelchair boxing bout in the immediate aftermath of breaking his leg at UFC 264.

“”Conor had volunteered to be the co-main event where he was gonna box, there’s a guy called Al Foran who is an impressionist,” McGregor’s coach John Kavanagh told the UFC’s Laura Sanko.

“You might have seen him do some of Conor’s impressions. So Conor’s gonna fight Conor in the co-main event.”

“So Conor was going to fight Conor in the co-main event, which I thought was quite funny, he was accepting his first ever co-main slot.

“He’s been main-event for a couple years now. But anyway in the heat of all this he just turned and went, ‘You know, I’m gonna do the wheelchair boxing fight now’.

“Because, he’s off his feet for a while. He made a joke about that.”

What started as a joke has now turned into reality. Timothy took to social media to confirm McGregor will feature in the co-main event slot on September 11.

“Drum roll ladies and gentlemen The co-main event: @TheNotoriousMMA v @ImpressionistAL aka The Notorious v The Notorious Impressionist all in aid of the @IrishWheelchair Please donate here if you can: https://gofund.me/9e690a4d”

McGregor’s return to MMA seem some way off right now. The Irishman is currently healing up after undergoing surgery to fix the tibia and fibula fracture he suffered in the first round of this third fight with Dustin Poirier last month.

Will you be tuning in to watch Conor McGregor wheelchair boxing debut?