Ben White joined this list on Friday. The entries for Aston Villa, Tottenham, Man Utd, Norwich and West Ham may need editing before the end of the summer window…

To qualify as an academy graduate, the player must have joined the club at age 16 or younger and played for the youth team before the first team.

ARSENAL – Cesc Fabregas (£35m to Barcelona, 2011)
“Arsenal came for me, but at Barcelona I was just one of many,” said Fabregas shortly after breaking into the Arsenal first team in 2004. He had joined the club a year before as a 16-year-old with a dream, a glorious touch and a mullet to die for, returning to Barca in 2011 as a fully-fledged star.

ASTON VILLA – Gareth Barry (£12m to Manchester City, 2009)
The £1.25m Aston Villa paid to sign a 16-year-old Gareth Barry from Brighton in 1996 turned out to be one of the most astute pieces of business in the club’s entire history. By the time he left over two decades later, the midfielder was Villa’s record Premier League appearance holder and sixth-highest scorer in the competition. But Gaz Baz looks set to be shoved off his throne here if Manchester City really are going to pay £100million for Jack Grealish.

BRENTFORD – Chris Mepham (£12m to Bournemouth, 2019)
The centre-back joined Brentford in 2012 after spending four years at Chelsea’s academy between the ages of 10 and 14. Watford and QPR both passed on Mepham, who was spotted by the Bees while turning out for North Greenford United reserves. Seven years later, he made Brentford a cool £12million. Nine years later, he was sent off playing against his former club in the Championship play-off semi-final.

BRIGHTON – Ben White (£50m to Arsenal, 2021)
Arsenal’s new centre-back joined Brighton as a 16-year-old after being bombed by Southampton. White had spent eight years with Saints before being cut loose, upon which time he played in a trial game at the David Beckham Soccerdome in Greenwich. Scouts from the Premier League big-hitters immediately recognised Southampton’s error of judgement, but by then, Brighton had already put in the hard yards with White’s family. Which paid off big time this week.

Breakout: One fringe player per club who could emerge

BURNLEY – Jay Rodriguez (£7m to Southampton, 2012)
Rodriguez was the only one of seven teenagers to be offered professional terms following an apprenticeship with Burnley in 2007. Four of his five seasons as a first-teamer were spent in the Championship, with injury and a loan to Barnsley depriving him of a Premier League appearance before he joined Southampton for £7million in 2012. Seven seasons later, via a £12million switch to West Brom, Rodriguez returned to his boyhood club for £10million. His place on this list is under threat from Dwight McNeil, one of the few other players to come through at Burnley in recent years.

CHELSEA – Fikayo Tomori (£25million to AC Milan, 2021)
Tomori’s permanent move to Milan bumped Nathan Ake off this list, though Chelsea will be hoping the defender’s reign is a short one as they seek the best price for Tammy Abraham. The Blues have made £45million this summer on a couple of academy defenders who managed a total of 17 Premier League appearances between them.

CRYSTAL PALACE – Aaron Wan-Bissaka (£45m to Manchester United, 2019)
With Wilfried Zaha failing to get a big move, Wan-Bissaka is the pride of Palace’s academy from a financial perspective at least. Manchester United looked at 804 right-backs and decided the Croydon-born winger-turned-defender, who joined Palace aged 11, was the one for them.

EVERTON – Wayne Rooney (£27m to Manchester United, 2004)
‘ONCE A BLUE, ALWAY’S A BLUE’ was the message emblazoned on the t-shirt a 16-year-old Wayne Rooney revealed after scoring in the 2002 FA Youth Cup final, complete with a woefully-misplaced apostrophe. He had joined Everton six years earlier, playing 67 Premier League games before Manchester United made him the most expensive teenager ever.

LEEDS – Jonathan Woodgate (£9million to Newcastle, 2002)
Even during Leeds’ top-flight absence, their academy was still represented in every England tournament squad, be it Paul Robinson, James Milner, Danny Rose or Fabian Delph. But Woodgate remains their most profitable sale from his move to join Sir Bobby Robson’s Toon. Jack Clarke threatened to usurp Woodgate but it seems highly unlikely that Tottenham would have been liable for any of the add-ons that would have taken the winger’s cost from an initial £8.5million towards £11million.

LEICESTER – Ben Chilwell (£50m to Chelsea, 2020)
After playing in Rushden & Diamonds’ centre of excellence, Chilwell joined Leicester as 12-year-old in 2009. Twelve years later, the left-back is a Champions League winner after becoming the latest Fox to move for massive money. Gareth Southgate still needs convincing, though.

Awkward: One regular per club who could be phased out

LIVERPOOL – Raheem Sterling (£49m to Manchester City, 2015)
QPR had reportedly considered handing him his first Football League start at the age of 14, but by 15 Raheem Sterling was headed to Liverpool for a guaranteed £600,000 and £5million worth of clauses which were surely met by the time he left for Manchester City in 2015.

MANCHESTER CITY – Brahim Diaz (£15.5m to Real Madrid, 2019)
Shaun Wright-Phillips and Kelechi Iheanacho both moved for bigger money but both joined City’s youth ranks aged 17. Diaz moved to City from Malaga aged 16 and made only five Premier League appearances before Real swooped. He played just 15 La Liga games before being shuffled off once more, to AC Milan, where he remains as a loanee.

MANCHESTER UNITED – David Beckham (£24.5m to Real Madrid, 2003)
United are hoping that Jesse Lingard might overtake Beckham as the biggest sale from their academy but they will have a tough time shifting the winger for £25million or more while he is less than a year from becoming a free agent. Dean Henderson might take the crown. Would Paul Pogba count if PSG cough up this summer?

NORWICH – Jamal Lewis (£15m to Newcastle, 2020)
Three years after Jacob Murphy became Norwich’s most expensive academy graduate, Lewis took the crown by following the same path to St James’ Park. The Northern Ireland left-back joined the Canaries in 2014 as a 16-year-old after leaving hometown club Luton Town. Max Aarons will bump Lewis down if Norwich relent on their refusal to sell the right-back. Aarons, like Lewis, also started at Luton before moving to Carrow Road as 16-year-old. Todd Cantwell might stump them both.

SOUTHAMPTON – Luke Shaw (£27m to Manchester United, 2014)
A Southampton academy member since he was eight, Shaw was attracting Premier League interest as early as January 2012. He was yet to even make his first-team debut for the then-Championship club, who placed a £4million valuation atop his 16-year-old head. Shaw left for £27million less than three years later. Seven years on, Shaw is finally achieving his potential as England’s best left-back. 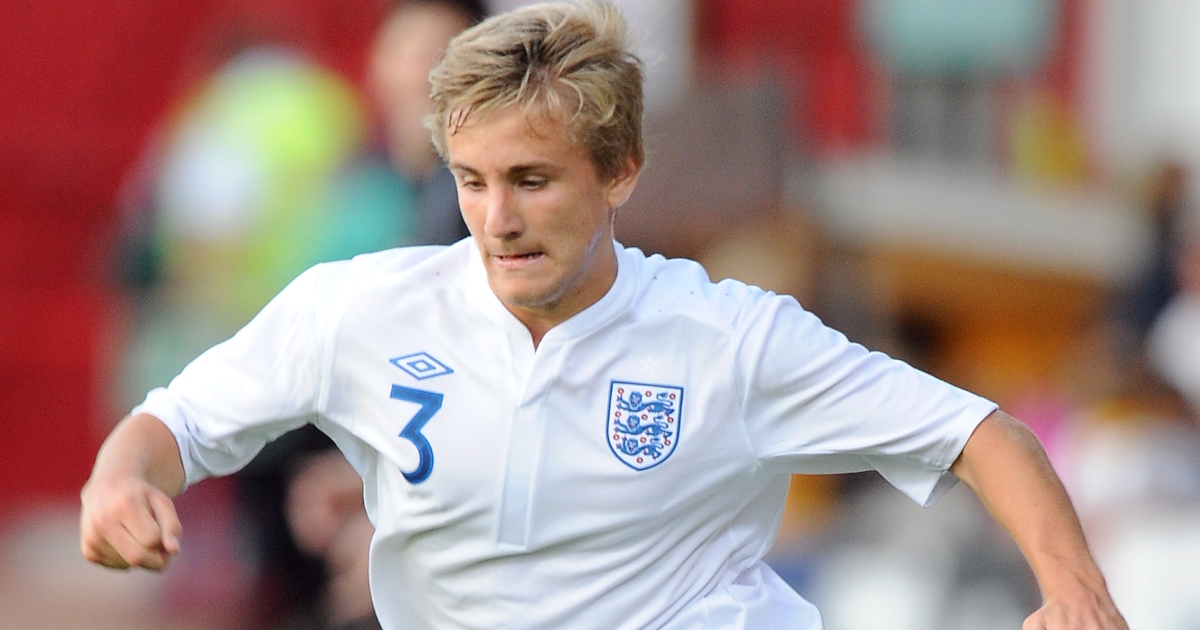 TOTTENHAM – Andros Townsend (£12m to Newcastle, 2016)
Townsend is on borrowed time as Spurs’ most expensive academy graduate. If Harry Kane doesn’t blow the winger’s record out of the water by joining Manchester City, then surely Harry Winks will fetch more if Nuno decides to move on the midfielder.

WATFORD – Ashley Young (£9.6m to Aston Villa, 2007)
Watford took some persuading to give young Young a professional contract. Aged 16, having been with the club’s academy since he was 10, the winger was told to look for another club. He was allowed to stay and train part-time, which gave Young the chance to prove Watford wrong. Within two years, he was in the first team. Two decades after that initial rejection, Young has winner’s medals in the Premier League, FA Cup, League Cup, Europa League and Serie A.

WEST HAM – Rio Ferdinand (£18m to Leeds, 2000)
Until and unless West Ham cash in on Declan Rice, Ferdinand will retain this title. Harry Redknapp insisted in 2015 that he “wanted to keep him” but was strong-armed into selling the centre-half at the turn of the century by chairman Terry Brown, who feared the Bosman ruling meant “there will never be a big transfer” again. Leeds sold him to Manchester United for £30million less than two years later.

WOLVES – Robbie Keane (£6m to Coventry, 1999)
The only current Premier League side whose record homegrown sale occurred in the 20th century is Wolves. Joleon Lescott came close when he joined Everton in a £5m deal in 2006, but the first of Keane’s moves to his 11 boyhood clubs retains the crown.