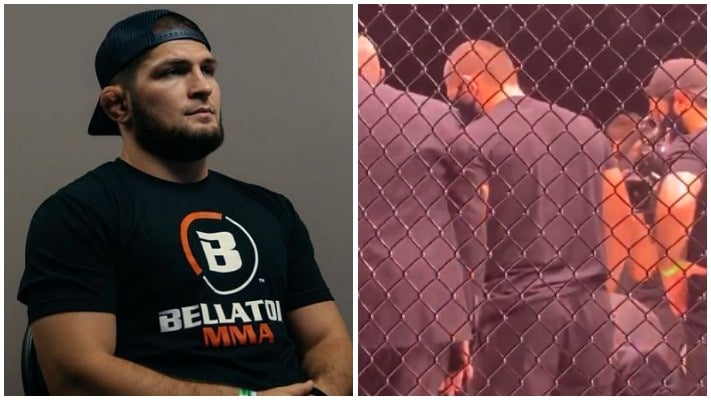 Bellator 263 saw a plethora of dazzling performances from Dagestani fighters under the tutelage of Khabib Nurmagomedov.

The most devastating of which came from the 28-year-old lightweight Gadzhi Rabadanov [16-4-2]. As the final minute of the first round approached, the 5’8” debutant clipped his opponent, Daniel Carey [7-5-0], with the cleanest of left hooks, before closing out with ground strikes to register a devastating TKO.

As referee Frank Trigg administered the last rites, medical staff rushed to the octagon with a stretcher to attend to the unconscious Carey.

Thankfully, additional assistance with the torpid victim came from former UFC Lightweight king, Khabib ‘The Eagle’ Nurmagomedov [29-0-0] who swooped in and aided the Oakland native onto the stretcher whilst the medical officials applied a neck brace.

MMA Junkie reporter Nolan King has since taken to social media to provide an update on Carey’s condition, he wrote.

“Per @BellatorPR, Daniel Carey was conscious and alert as he was loaded for transport to the hospital following a knockout loss to Gadzhi Rabadanov. #Bellator263

Do you think Khabib Nurmagomedov has a future in MMA coaching?