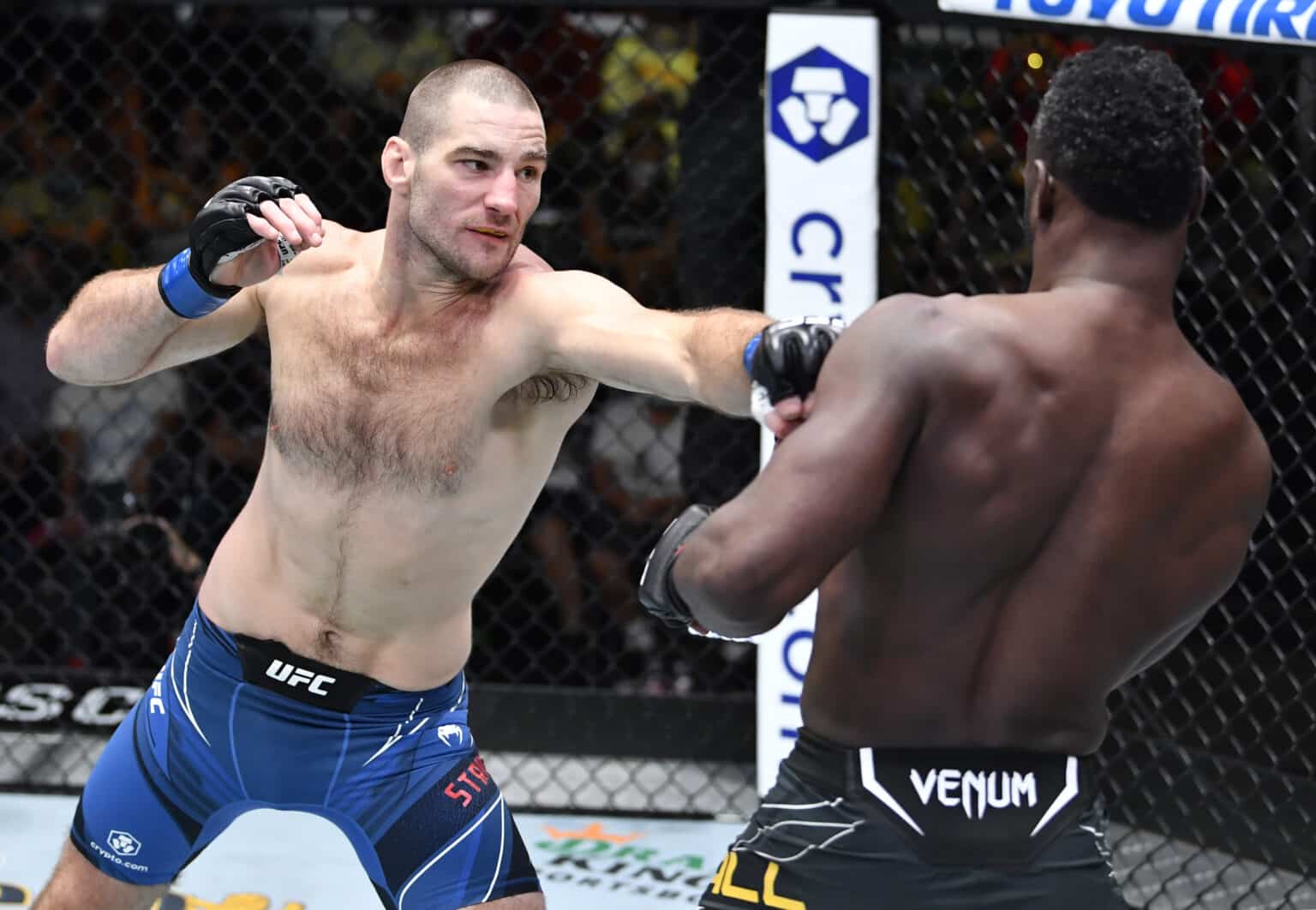 It’s now five consecutive victories for the #11 ranked, Sean ‘Tarzan’ Strickland who met with Uriah ‘Prime Time’ Hall at UFC Vegas 33. And with the help of a concise and composed gameplan, outstruck the dynamic kicker from pillar to post for five rounds.

Strickland starting aggressively as expected early, closing distance and firing off shots each time Hall attempts to set up some shots of his own.

Continued pressure from Strickland who walks Hall down and sticks a very heavy jab into the Spanish Town native’s face. Some urgency from Hall toward the end of the first frame, however, Strickland’s pressure and output from the opening klaxon should see him lift that frame 10-9.

Another impressive opening couple of exchanges for Strickland who has managed to mitigate and stifle the striking of Hall with that jab and forward locomotion. An inadvertent leg kick from Strickland catches Hall on the cup resulting in a brief stoppage in the action. Wheel kick attempts goes close for Hall before the klaxon but that’s another 10-9 for Strickland.

Some real positive grappling from Strickland sees him trip a wilting Hall at the fence before assuming half guard and working to side-control.

Hall showing some urgency in the fourth in a quite positive round for him which includes some good Octagon control from the dynamic striker with Strickland’s output quite limited.

Hall likely in need of a finish in this fifth and final round. Strickland really poured on some pressure in the closing minute of the fourth, bloodying the striker.

More of the same in the fifth and final round as Strickland manages to evade winging hooks from Hall and impose that heavy and stiff jab up and until the final klaxon.

Catch the highlights from Strickland’s impressive unanimous decision victory below.