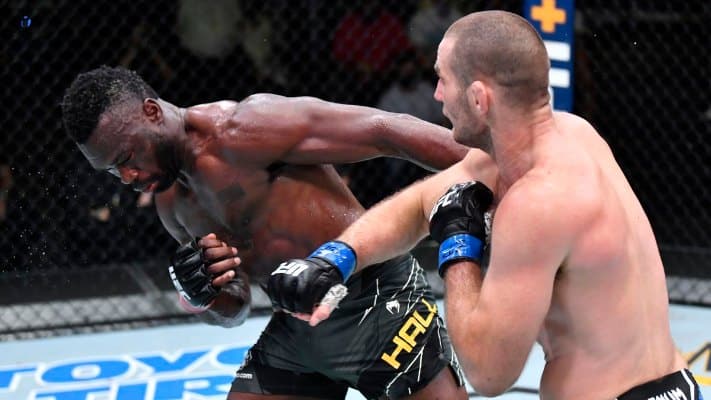 Sean Strickland is so ecstatic following his UFC Vegas 33 win that he’d fight Francis Ngannou … for the right price.

Strickland appeared on the ESPN+ post-fight show following his victory over Hall. He said he’s more than happy as long as his paydays keep growing. On top of that, he even joked about taking on UFC Heavyweight Champion Francis Ngannou.

“As long as my checks keep getting bigger and I keep getting paid I don’t care. I’ll fight Francis for the right dollar amount. He would knock me out but I would do it.”

Strickland has now extended his winning streak to five. Along the way, he’s beaten Hall, Krzysztof Jotko, Brendan Allen, Jack Marshman, and Nordine Taleb. He hasn’t suffered a loss since May 2018.

Strickland has already unveiled how he would approach a bout with UFC Middleweight Champion Israel Adesanya during an exclusive interview with LowKickMMA.