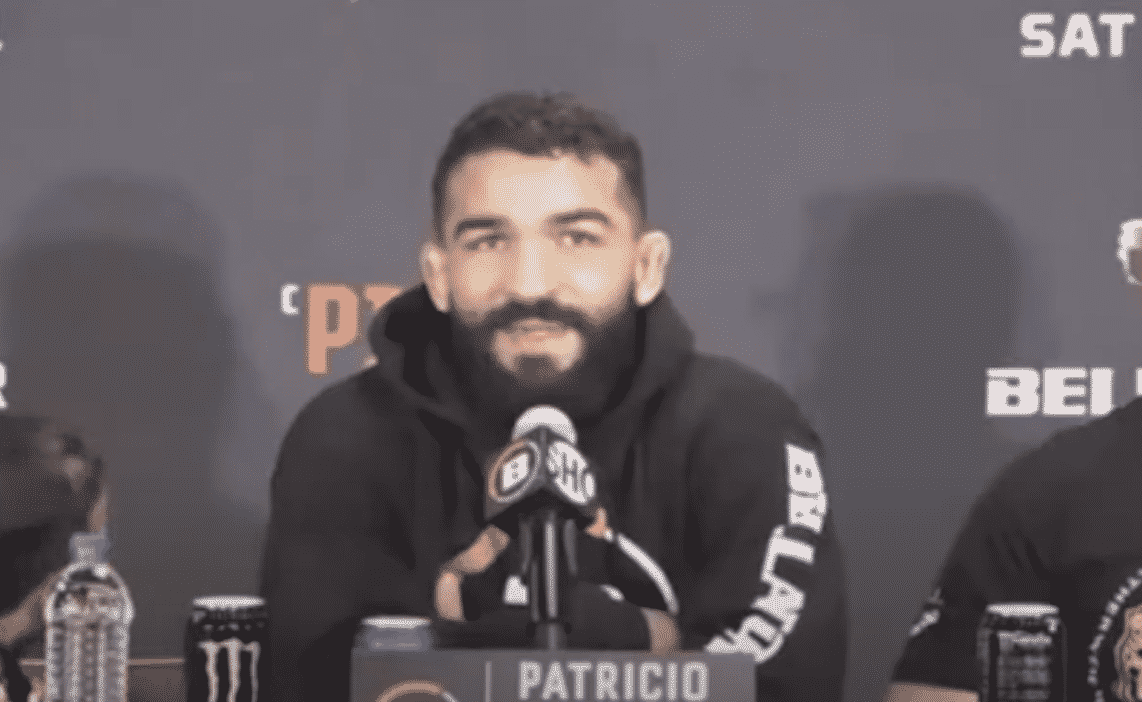 Patricio Pitbull wants to run things back with AJ McKee.

Pitbull lost his featherweight title after suffering a first-round submission defeat to McKee in the finals of the featherweight grand prix at Bellator 263 last night.

It was the Brazilian’s first defeat since 2016, but he is already looking ahead to the future.

“I am always motivated. My debut was in 2004, and now I have a lot of years fighting and dedicating myself to this game, and I am hungry every time,” Freire said post-fight (via Sherdog). “I spent a lot of years without being defeated, and today is a new day for me. It’s a different kind of feeling, and I want to rest a little bit, enjoy my son, my wife.

“But I will come back stronger. I know that. Everyone says that when they get a defeat, but I am different.”

As for McKee? Pitbull had nothing but good things to say about the new 145-pound king as he made no excuses.

“On this night, he was great,” Freire said. “He kicked my head, and he almost knocked me out, and he almost finished me. He was good, congratulations.”

However, Pitbull unsurprisingly wants a rematch and with McKee talking about moving up, the former would love to defend his lightweight crown against him.

“Before the fight I think he told somebody something like this, and it’s a good thing,” Freire added. “He beat me in the featherweight division. I know he’s big, he has trouble cutting weight. And let’s think about it. I have a belt. I’m still a world champion.”

Do you want to see them run things back at 155 pounds?