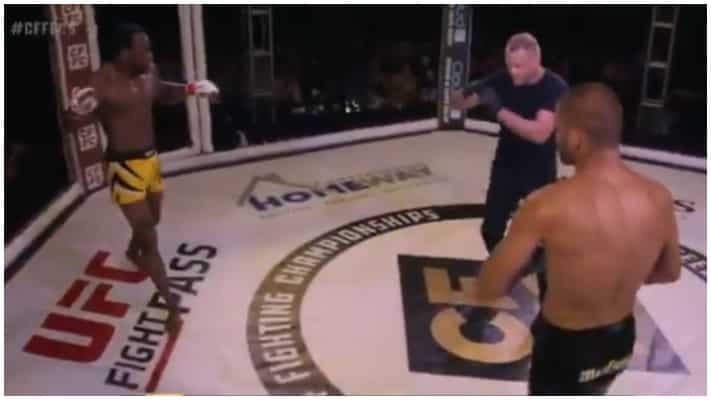 In the co-main event, Nah-Shon Burrell squared off against Khetag Pliev, who you might remember as the guy whose finger fell off earlier this year at CFFC 94.

Pliev’s career continued to make headlines at CFCC 99, only this time it was for a far gruesome reason. In the first round of his fight with Burrell, a giant moth entered the cage and forced the bout to be temporarily stopped.

Once things got back underway things didn’t get much better for Pliev inside the CFFC cage. By round three he was ready to go. Burrell put a beating on the Russian before ultimately scoring a walk off knockout.

Check out the main card results from CFFC 99.

DeAndre Anderson def. Jose Perez via knockout in round one.

Lydell Poag def. Stavros Moustakakis via TKO in round one.

Ben Coyle def. Joseph Tran via TKO in round one.