It’s a sad tale, but a classic one, told many times in boxing: the proud, old king saddles up for one last battle against a young warrior just coming into his own. Occasionally the older man gives a callow youth a stern and painful lesson, but as the facts of life are never easily overturned and the simple truth remains that younger physical specimens make for better athletes, more often, youth is served. Such was the case when former light heavyweight champion Philadelphia Jack O’Brien, in the twilight of his extraordinary career, faced a prime Sam Langford, aka “The Boston Bonecrusher.”

O’Brien, a clever boxer who modeled his style after his idol, James J. Corbett, was known for not drawing “the color line” and locking up with just about anyone at any time. One of his greatest ring feats was going six rounds with the great Jack Johnson while giving up some forty pounds in weight. Like the Langford fight, that match also took place years after O’Brien’s prime, and yet it was reportedly a very close affair. According to the Philadelphia Inquirer, the referee thought the smaller man edged it, while the reporters on hand were split as to who was more deserving, some arguing for O’Brien based on “the splendid showing he made against such a tremendous physical handicap.” 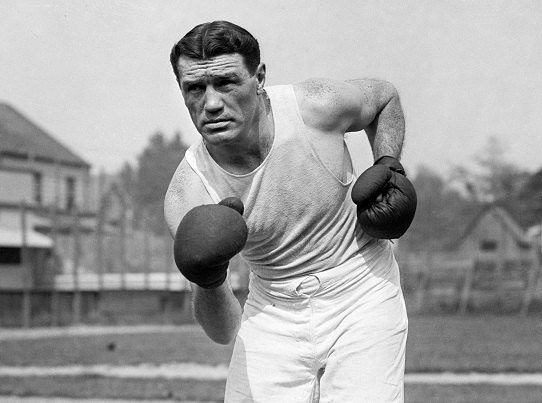 But with Langford, no such heroics took place. It must be remembered that while O’Brien could and did compete with heavyweights from time to time, “The Boston Terror” made a living battling the big men, even though he too often fought at a significant weight disadvantage. He faced formidable heavies such as Harry Wills, “Fireman” Jim Flynn, “Big” Bill Tate, Sam McVea, and Joe Jeannette not once or twice, but umpteen times, and when he wasn’t battering them into submission he was giving them close and desperate struggles. Langford, in addition to being a more than capable ringman from a technical standpoint, was simply too strong and powerful for O’Brien, especially at this stage of the former champion’s career.

It’s worth noting that Langford also fought “The Galveston Giant” and, by most accounts, including Sam himself, he endured a fifteen round battering from the future heavyweight champion of the world. But recall that at the time of that encounter Langford was still a novice at professional fisticuffs, and in the years that followed Johnson refused to ever grant a rematch. Perhaps Sam’s impressive showings against so many other top heavyweights of the time had something to do with that.

Simply put, for a good long stretch, no fighter was more feared than Langford. Years later Jack Dempsey admitted as much: “I think Sam Langford was the greatest fighter we ever had. … Even at my best I don’t know whether I could lick him or not.” So kudos to brave Jack O’Brien for having the guts to take him on. 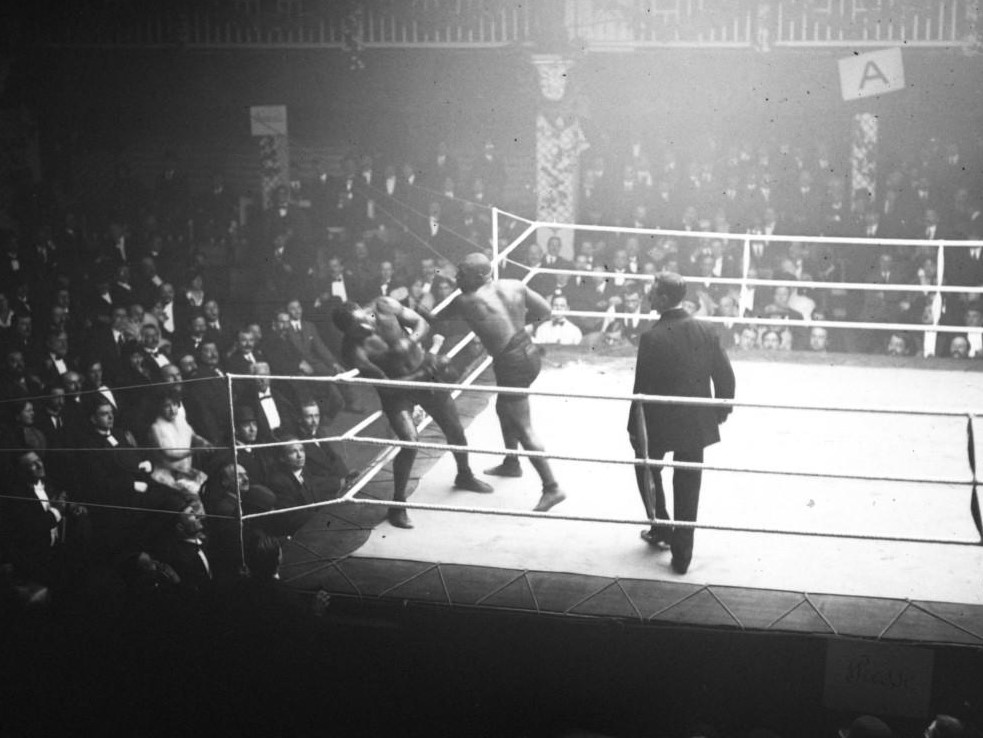 The Twentieth Century Club in New York City hosted the Langford vs O’Brien tilt and, according to all reports, it was an eventful though largely one-sided affair. Yours truly now steps aside to allow a first-hand description of the historic encounter to take center stage. Herewith, an abridged version of the account from the September 2, 1911 edition of Mirror and Sport magazine. To quote:

“Langford was kind to the Philadelphia dancing master in permitting him to stay as long as he did, for he showed by both his power and his speed that if he had cared to put on the accelerator the white man would have been lucky to have lasted more than the first round. Although Sam was not hitting as hard or as often as he can, by the time that the fifth opened O’Brien was running around the ring for dear life and holding on whenever he could.

“Langford sounded taps on the white man in the fifth when he sunk one into the stomach and when O’Brien was bending over from the result of the impact. Langford dropped over a short left hook to the jaw, and it was farewell for O’Brien. He went down on his haunches half through the ropes and then dropped over. Charley White, the referee, started the count and when he saw what a helpless condition the Quaker was in, he waved the Negro away. Langford, knew, though, that his work had been done very expeditiously and needed no warning to cease hostilities. 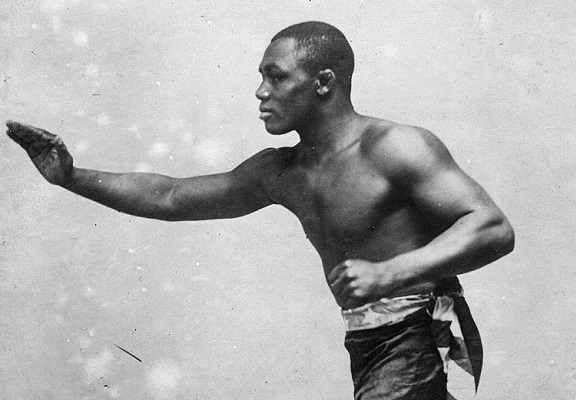 “Because of previous things that these two boxers had done in the ring there were many remarks to the effect that the pair were faking it. To be absolutely fair, however, with both, the fight looked absolutely on its merits.

“O’Brien started at a fast pace and he kept up a merry tattoo on Sam. The blows that he landed were light and would not have done any great damage to a featherweight. He kept Langford chasing him, but Sam developed some speed in the sprinting line himself, to the surprise of the crowd, and never let the white man get very far. One straight left to the face that sent O’Brien reeling for a moment was the only hard blow in the first round, and there were all sorts of murmurings about the whole thing being prearranged.

“The Quaker was able to continue his fancy stuff in the second. Langford started for the stomach and Jack began to grunt as if he would like almost anything better. Early in the round Sam poked a left to Jack’s nose and a thick stream of crimson began to drip down over his lips. The Negro appeared to be just warming up and all signs pointed toward an early finish. 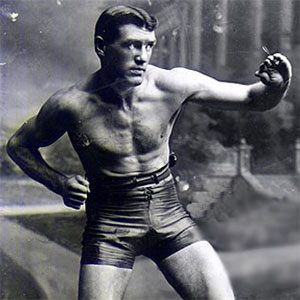 O’Brien in his prime.

“If Langford had been in any particular hurry to catch a train back to Boston he could have settled Jack in the third round. In the early part of this period Sam hooked one into the stomach with his left and bounced it right up to the jaw. O’Brien went down with a thud, and the Negro turned his back and walked away as if he felt that it was all over.

“O’Brien was able to get up, and for the first time the Negro smiled. Instead of going after Jack … he deliberately toyed with the white man. O’Brien held on for all he was worth, and Langford gave him an awful beating on the kidneys when he would not let go. A sudden left to the jaw sent Jack staggering back toward the ropes, and then Sam gave the Quaker a hard battering. O’Brien was very wobbly under the fusillade. A sharp left hook that sunk into Jack’s stomach lifted him up off the floor and sent him sitting flatly. He crawled over and took the count of nine and was able to last only because the bell rang in time to save him. He was very groggy when he went to his corner.

“[In round four], after feinting and dancing with his rival for a time, the Negro plunged a terrific right into the pit of the white man’s stomach, and the latter howled aloud from the pain of it. The Negro gave him a hard pounding and all the skill that [O’Brien] could marshal did not avail him. Just before the bell Langford hooked a left to O’Brien’s chin and sent him reeling to his stool.

“O’Brien made as good a showing as might be expected of him, after the long time since he has fought a good man. He landed many punches on the Negro, but they had no snap to them and he might just as well have been throwing bird shot against a steel turret. His lightning jabs in the early stages raised a little bump over Langford’s eye, but beyond that the Negro hardly knew that he was in the fight. After O’Brien was brought round all he said was that the ‘other fellow was a little too much for me.’”                — Robert Portis