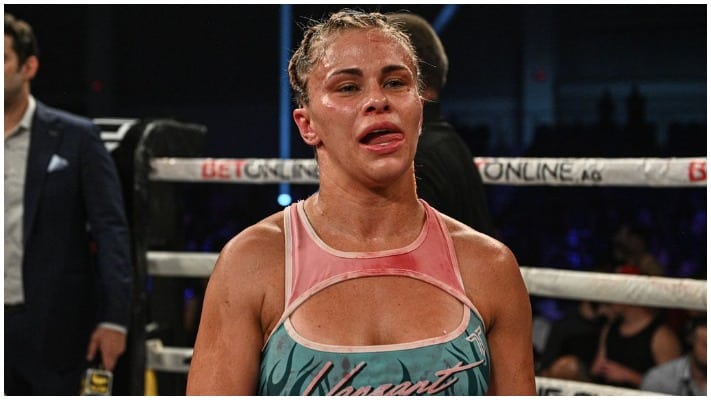 Paige VanZant has opened up about her mental health and detailed how losing to Rachael Ostovich at BKFC 19 left her feeling suicidal.

“I’m bummed out. I mean, I’m bummed out to say the least,” Paige VanZant said on the latest episode of “A Kickass Love Story”. Everyone expects me to lose, and everyone expects me to fail. I don’t know, I just feel like people have this specific perception of who I am and especially online. It’s crazy how much people can hate on a single person. I just don’t get it. I pride myself on being a good person, and I think that’s the most important thing for me: I never talk bad about my opponents. I never say a single negative thing about their character. You never know what somebody is going through, and you never know what someone is on the verge of.”

VanZant is now 0-2 in BKFC. The 27-year-old also lost three of her final four UFC fights. Meanwhile, Bellator MMA fighter husband, Austin Vanderford remains unbeaten and is on the verge of a middleweight title shot.

“It can be hard when Austin and I are married, and he keeps winning, and I keep losing,” VanZant added. “But honestly, him and his success is like the only thing that keeps me going, because I do feel like we win together. His next fight will be for a title, and I know he’s gonna win. I just know how good it’s gonna feel for him and for me, and I’m so happy. I’m so proud of him. His title fight to look forward to is all worth it.” (Transcribed by MMA Junkie)