Editor’s Note: This feature was originally published on 21 August 2021. Reilly Opelka is into his first ATP Masters 1000 final at the National Bank Open Presented by Rogers in Toronto.

Reilly Opelka gets asked similar questions throughout his travels on the ATP Tour. Many times, they revolve around his height: Are you 6’11” or 7’? How did you serve today? Did you ever play basketball?

Opelka doesn’t allow his height — or tennis, for that matter — to define him. While fans might know the American for his booming serve and imposing game, his interests expand far beyond the court.

“The young guys, there are not too many into art,” Opelka told his friend Matthew Chevallard in ‘The Art of Collecting’, which was produced by THE OFFICE. Art Gallery. “So I’ve been dragging some of my boys to galleries around the world.”

When Opelka was young, he enjoyed collecting basketball cards, saying, “I had pretty much every hooper you could find. [I had a] Tracy McGrady collection. This is when I was like eight, nine. [Then I collected] bobbleheads. Then it was obviously Vans [shoes].”

About a year ago, Opelka made his first significant art purchase, a piece by Thrush Holmes that includes neon streaming in front of a painting.

“Thrush was my first purchase of anything significant. The neon pops like crazy for a first piece. It changes the whole mood of the room,” Opelka said. “That’s one of the first pieces people comment on when they come in the house. They’re like, ‘Wow, that is really, really sick.’ Thrush really got me started. One thing led to another and a year later we got seven, eight cool pieces in here.” 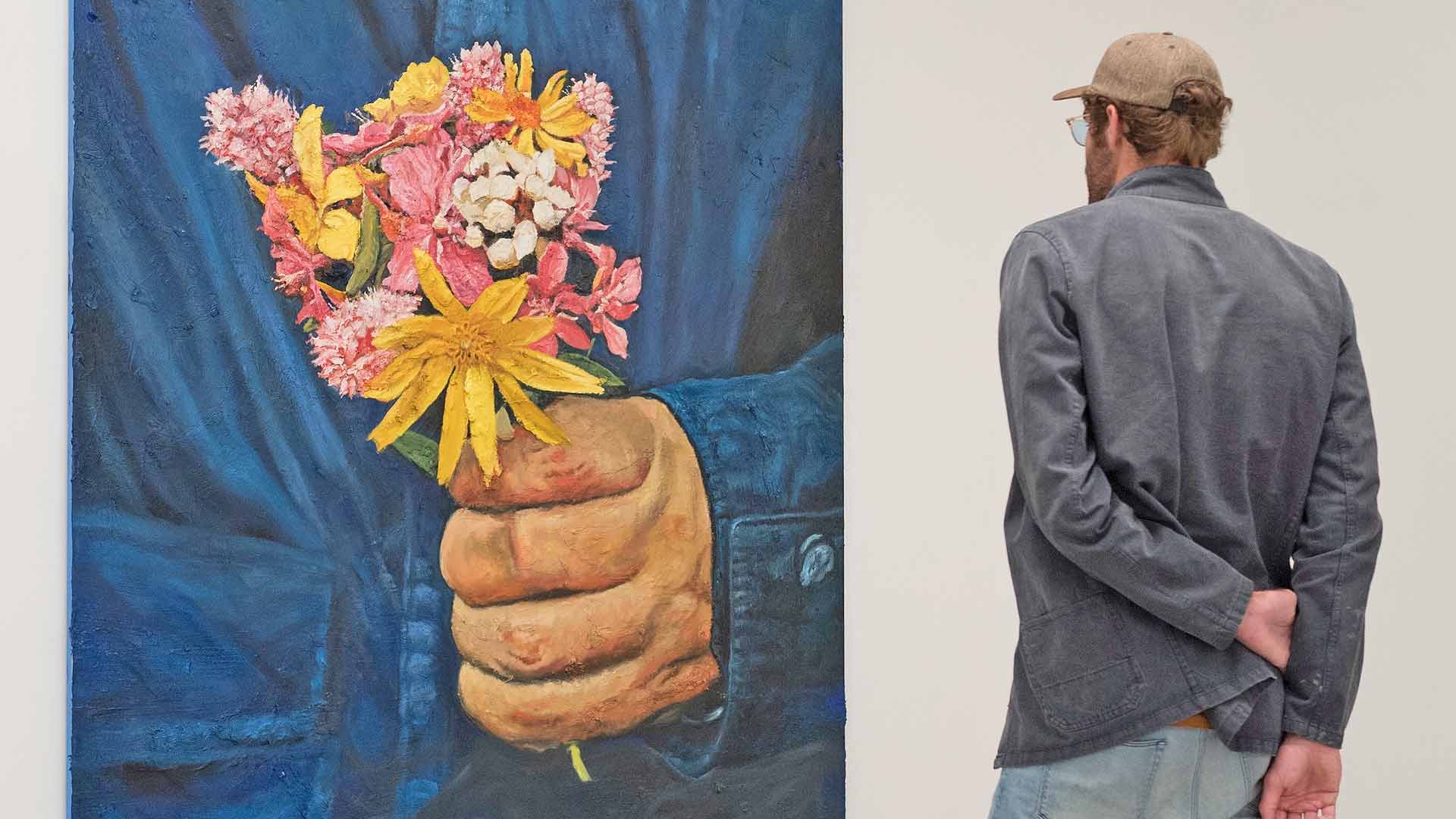 Reilly Opelka” />
Opelka examines a piece by artist Friedrich Kunath. Photo courtesy of Reilly Opelka.
In the video Opelka filmed with Chevallard, he took fans through his Florida home to look at the various pieces of art he has by artists including Holmes, Jason Seife, Matt McCormick, Adam Rabinowitz and Friedrich Kunath.

“Every piece is different. Just for example, the Freddie, the, ‘I am easy to find’ message in it, the colours for that one. That one was simple. It popped,” Opelka said, explaining why he picked some of the pieces. “The McCormick, I was like, ‘Yo, there are Red bull cans in there?’ That was sick to me, hit home. Even the Adam, lavender and blue are my two favorite coluors, so it can be something as simple as the color.”

Former World No. 1 John McEnroe is remembered for his incredible talent and memorable on-court behaviour. However, Vitas Gerulaitis introduced him to art, and he later opened a gallery in New York.

“When [Vitas] took me down to Soho to have a look around some art galleries, I assumed that was a normal thing for tennis players to do,” McEnroe wrote in his book, But Seriously. “What’s the first thing you do when you earn some money? You get yourself a place to live, you buy a nice car and a stereo (at least in those days you did), then you get some art to put on the walls.”

Opelka might start converting some of his ATP Tour friends like Gerulaitis did McEnroe. During the COVID-19 pandemic, he spent a majority of his time with countryman Tommy Paul.

“Tommy’s been around [art] because he’s been staying here with me through the quarantine,” Opelka said. “He loves the Kunath. He stares at it. He goes by and says, ‘Bro that thing is crazy.’” 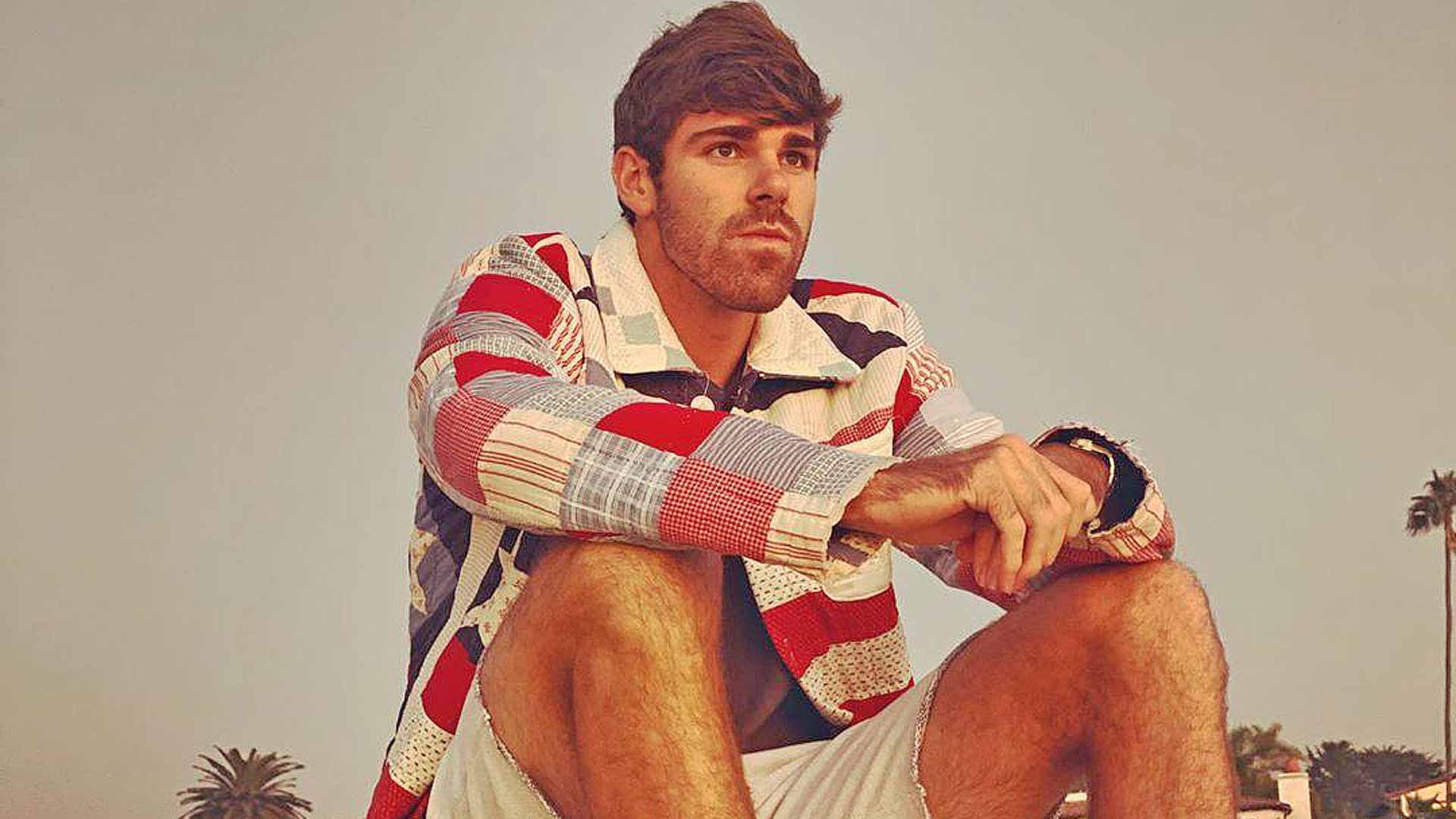 Reilly Opelka” />
Photo courtesy of Reilly Opelka.
Opelka isn’t solely focussed on art, though. At various tournaments throughout the world, you can find him in the local fashion district or trying notable restaurants in the area. He is more than just a tennis player, which intrigues McEnroe’s brother, Patrick McEnroe.

“I think it certainly makes you more interesting. Whether or not it’s great for your tennis, I’m not ready to take that leap. But I think it makes Reilly a more interesting guy and I’ve always been impressed by him just as an individual,” Patrick said. “He always seemed to have a pretty good head on his shoulders and a pretty good outlook, not being super, super intense about tennis.”

Opelka is taking care of business on the court, too. Last year, he hit 1,000 aces in a season for the first time, ranking second on Tour (behind John Isner) with 1,014. He climbed as high as No. 31 in the FedEx ATP Rankings last October. The American has won two tour-level trophies, triumphing at the 2019 New York Open and the 2020 Delray Beach Open by VITACOST.com.

“Arguably he has the most upside of any American at the moment. I think you can make that argument,” Patrick McEnroe said. “I don’t think his serve is quite as good yet as Isner’s. It’s obviously pretty damn good. I think Isner has a little more variety on his serve and I think the other thing is Reilly is sometimes too smart.

“I’ve heard him say a lot of times as he was coming up, ‘Oh, I can’t believe I’m playing tennis, I should have been a basketball player’, stuff like that. It’s almost like he overthinks it a little bit. But I think again that’s who he is. He’s a thinking-type guy. He has other interests. It took him a little longer to reach his potential than some of the other young guys and a lot of that has to do with his body, growing into his frame. But I think he has the potential to move the needle as far as obviously winning big tournaments, but also with his brains and his personality.”

Opelka will try to paint the lines on the court at this week’s Western & Southern Open.