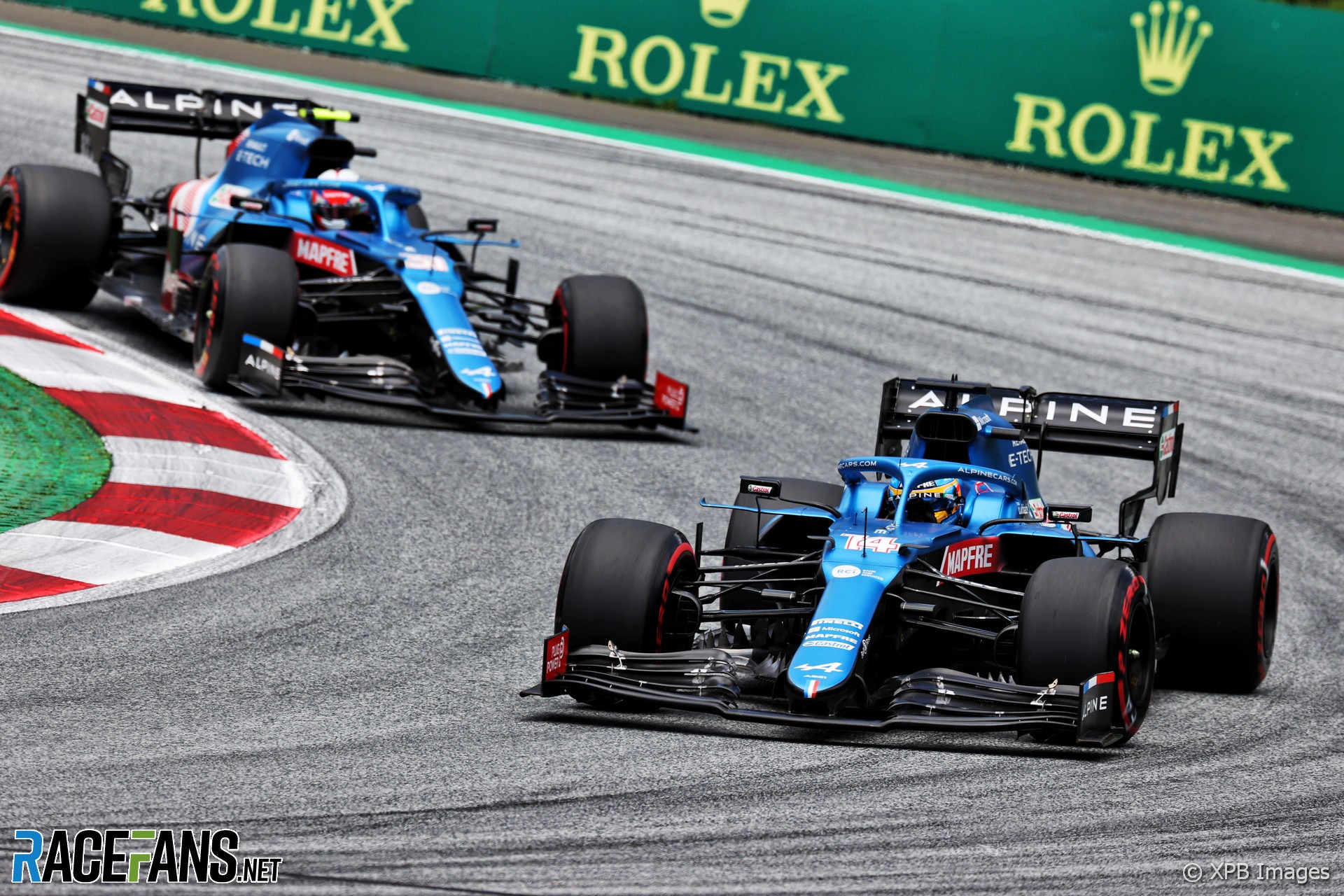 Over the opening five races Ocon held sway, only losing out to Alonso in qualifying for the opening race chiefly because he was inconvenienced by Nikita Mazepin spinning in front of him during Q1.

But by the time the field arrived in Baku for the Azerbaijan Grand Prix the champion was back on form and began a run of strong results. However this coincided with Ocon experiencing problems with his car, which led to his consecutive Q1 eliminations in both Austrian races.

A change of chassis in time for the British Grand Prix solved Ocon’s mystery problem at a stroke and he was immediately back on Alonso’s pace. In Hungary Ocon out-qualified his team mate for the first time in six races and his timing couldn’t have been better: A turn one crash wiped out most of the field ahead of him, Mercedes made their annual strategic fumble and the way was clear for the 24-year-old to take a shock win.

Alonso had a hand in this, of course, repelling Lewis Hamilton for 10 thrilling laps, demonstrating he’d lost none of his tenacity in his first race after turning 40.

The result propelled Ocon one point ahead of Alonso in the closest fight between two team mates on the grid. The fascinating question now is whether Ocon can sustain his revitalised form after the summer break and show he’s on par with a driver of Alonso’s calibre.

Esteban Ocon vs Fernando Alonso: Who finished ahead at each round

Times based on the last qualifying round at each race weekend in which both drivers set a time. Negative indicates Esteban Ocon was faster, positive means Fernando Alonso was faster