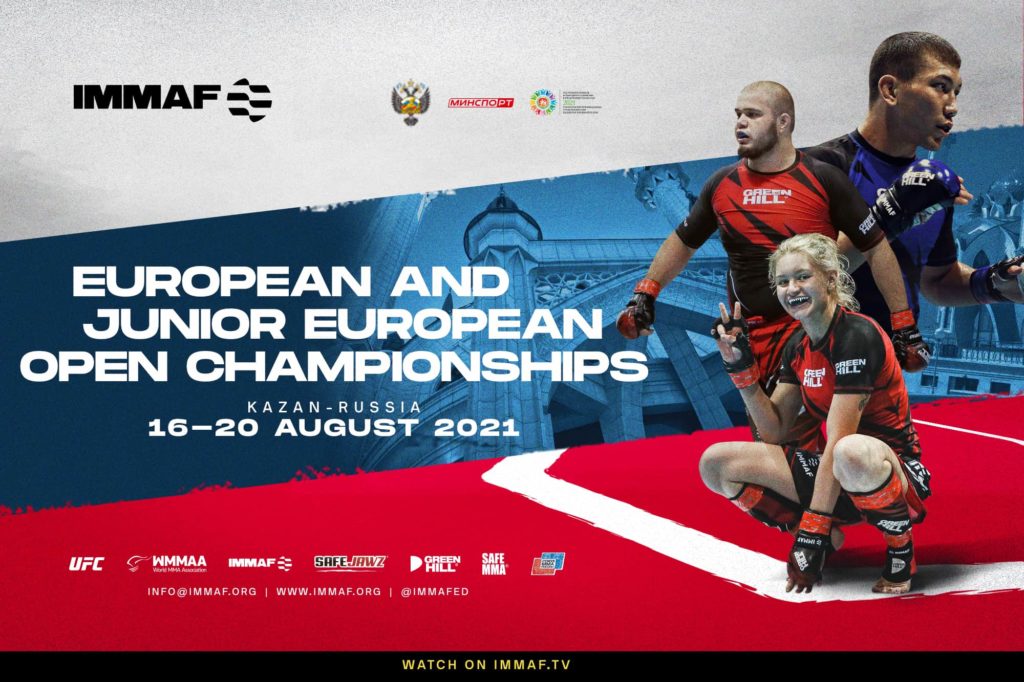 If, after the weekend, you are in need of an MMA fix, you may want to check out the 2021 International Mixed Martial Arts Federation European Championships. The tournament takes place this week in Kazan, Russia and runs between Aug 16 and 20th.

The IMMAF is leading the way when it comes to helping to grow amateur mixed martial arts, and after the outbreak of Covid-19 forced the cancellation of the bulk of its 2020 events, the organization has bounced back in 2021. It began operations in 2012, starting with 11 national federations, and now has 117 in its ranks.

IMMAF alumni are now starting to make a name for themselves on the professional stage. Muhammad Mokaev, regarded as one of the sport’s top prospects, is a two-time IMMAF Junior World Champion, while Ireland’s Pa Lehane, who captured bronze at the 2018 World Championships, recently won a Combate Global four-man event.

This week’s tournament will feature over 200 athletes representing 14 different nations, showcasing some of the sport’s most promising up-and-coming athletes. MMA fans who want to to learn about possible future stars of the pro ranks should pay close attention to the likes of Ramazan Gitinov, Michelle Montague, and Omar Aliev.

Representing Team Bahrain, 24-year-old Gitinov is the No.1 ranked pound-for-pound fighter in the IMMAF. The Dagestani-born welterweight is an impressive grappler and trains under the eye of BRAVE CF Super Lightweight Champion Eldar Eldarov.

New Zealand’s Montague is another grappler with a strong chance of getting on the podium. She is a former NZ wrestling representative, and does a lot of her training at City Kickboxing— home to UFC Middleweight Champion Israel Adesanya. The 27-year-old , who is No.1 ranked female lightweight in the IMMAF rankings, will be competing in the women’s featherweight division which is one of the richest divisions talent-wise, at this week’s tournament.

Russia’s Aliev established his name as the top junior light heavyweight and will make his senior debut on home soil. The 21-year-old hails from Dagestan and has been training in various combat sports disciplines since he was a child. It will be interesting to see how he fares when he makes the step up to the senior division.

IMMAF TV will be live steaming the tournament for those keen to check out the action.