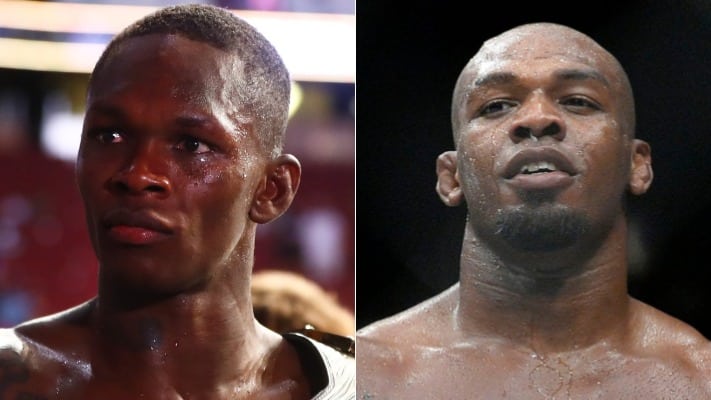 UFC middleweight champion Israel Adesanya is widely expected to compete in a title rematch against former champion Robert Whittaker for his next UFC octagon appearance, but he hasn’t ruled out a potential fight with former light heavyweight champion Jon Jones down the line.

Adesanya is fresh off his unanimous decision victory over Marvin Vettori at UFC 263, in which he put on another absolute clinic in the striking department while also limiting damage from Vettori’s ground game. Before that, he had lost to light heavyweight champion Jan Blachowicz in a move up in weight at UFC 259.

But his loss to Blachowicz hasn’t deterred Adesanya from his ambitions in his MMA career, specifically a matchup with Jones, despite the former light heavyweight champion not competing since early 2020 due to stalled contract negotiations for a move to heavyweight.

Adesanya seemed optimistic that a dream fight with Jones could happen at some point in each of their careers.

With Jones still set on a heavyweight debut and Adesanya continuing to battle all challengers at middleweight, a fight won’t happen anytime soon. But, it appears that there’s still a chance that the dream matchup could happen on a big stage sometime down the line.

Will Jon Jones vs. Israel Adesanya ever happen?