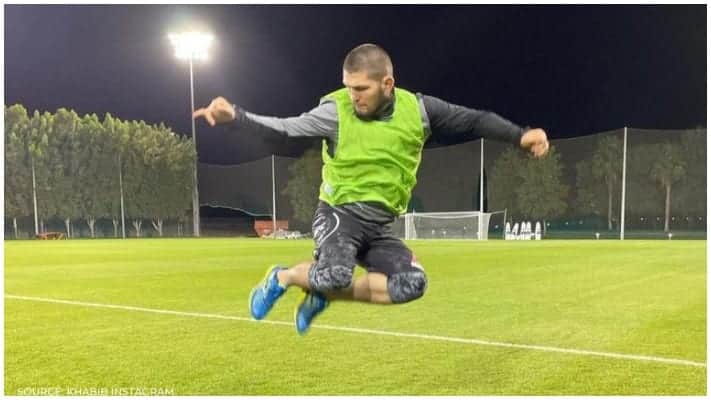 The reports of Khabib Nurmagomedov signing with a football team are false.

It was recently announced by third-division Russian football team FC Legion Dynamo that they had signed the former UFC lightweight champion to a contract.

“A great battle awaits our Legion, for which we need great warriors,” the club posted with a picture of Nurmagomedov seemingly signing a contract. “Getting ready to host [Khabib Nurmagomedov] to our team.”

However, as the news started to spread with many different outlets reporting it such as Reuters, MMA Junkie’s John Morgan decided to reach out to Nurmagomedov’s manager Ali Abdelaziz to confirm if it was really the case.

And it turns out to be false.

“Tried to confirm this report of @TeamKhabib signing for a Russian soccer team with @AliAbdelaziz00. He said there was ‘absolutely no truth’ to the report and labeled it ‘completely fake news.’”

This shouldn’t be that surprising. It would be much bigger news if Nurmagomedov did actually change sports and sign with a professional football team.

And given his many ventures outside the Octagon, “The Eagle” probably wouldn’t even have the time to train, let alone play regularly for FC Legion Dynamo.