Triumph on your birthday, earn an Oreo cheesecake! That proved a winning formula on Monday for Diego Schwartzman, who celebrated his 29th birthday at the Western & Southern Open.

“It is one of my favourites. My girlfriend, my coach and physio had a chocotorta, an Argentine cake, here yesterday. But this one is my second favourite for sure,” Schwartzman told ATPTour.com. “I always come to Cincinnati for my birthday and I’m always eating this.”

The 10th seed was thrilled with the gift from the tournament, but he was most pleased with his resilience against tricky Briton Daniel Evans, whom he defeated 6-2, 4-6, 6-3 in two hours and seven minutes to set a clash against American Frances Tiafoe or Frenchman Ugo Humbert.

“I’m very happy because I got the win in a very difficult match. Last week I had a very difficult week at the end because I was playing my best again and I lost a match against a great opponent and great guy in Roberto Bautista Agut. I was thinking all match today about that and it was my birthday and I wanted the win. In the third set it was very difficult at the beginning. I was a break down and I came back and I’m very happy. 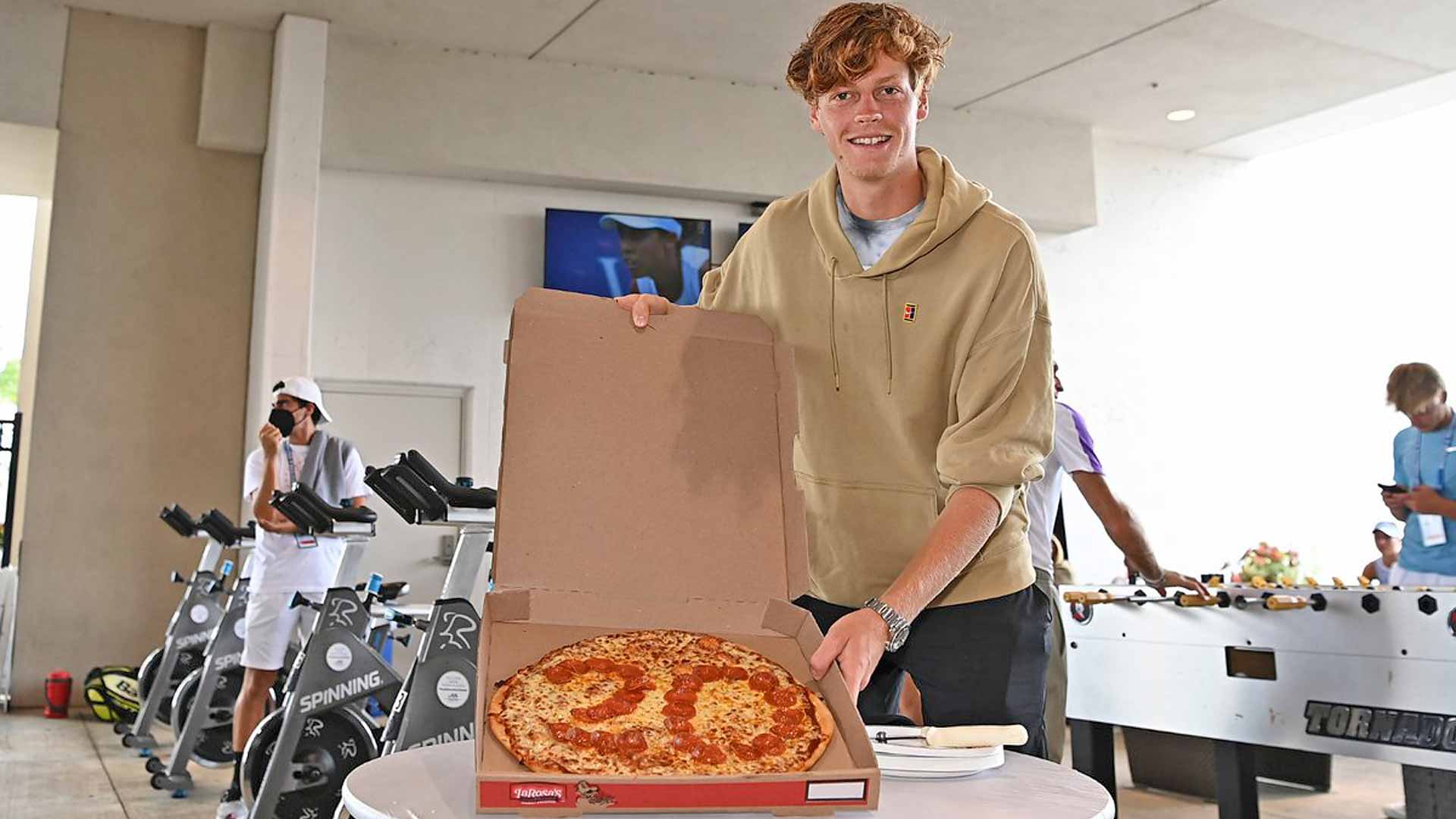 Jannik Sinner” />
Photo Credit: Peter Staples/ATP Tour
Jannik Sinner clawed past Argentine Federico Delbonis 6-2, 7-5 earlier in the day to move into the second round on his 20th birthday.

The tournament presented the 2019 Next Gen ATP Finals champion with a pizza pie that had the number “20” in pepperoni. The Italian will next play American John Isner or Briton Cameron Norrie.