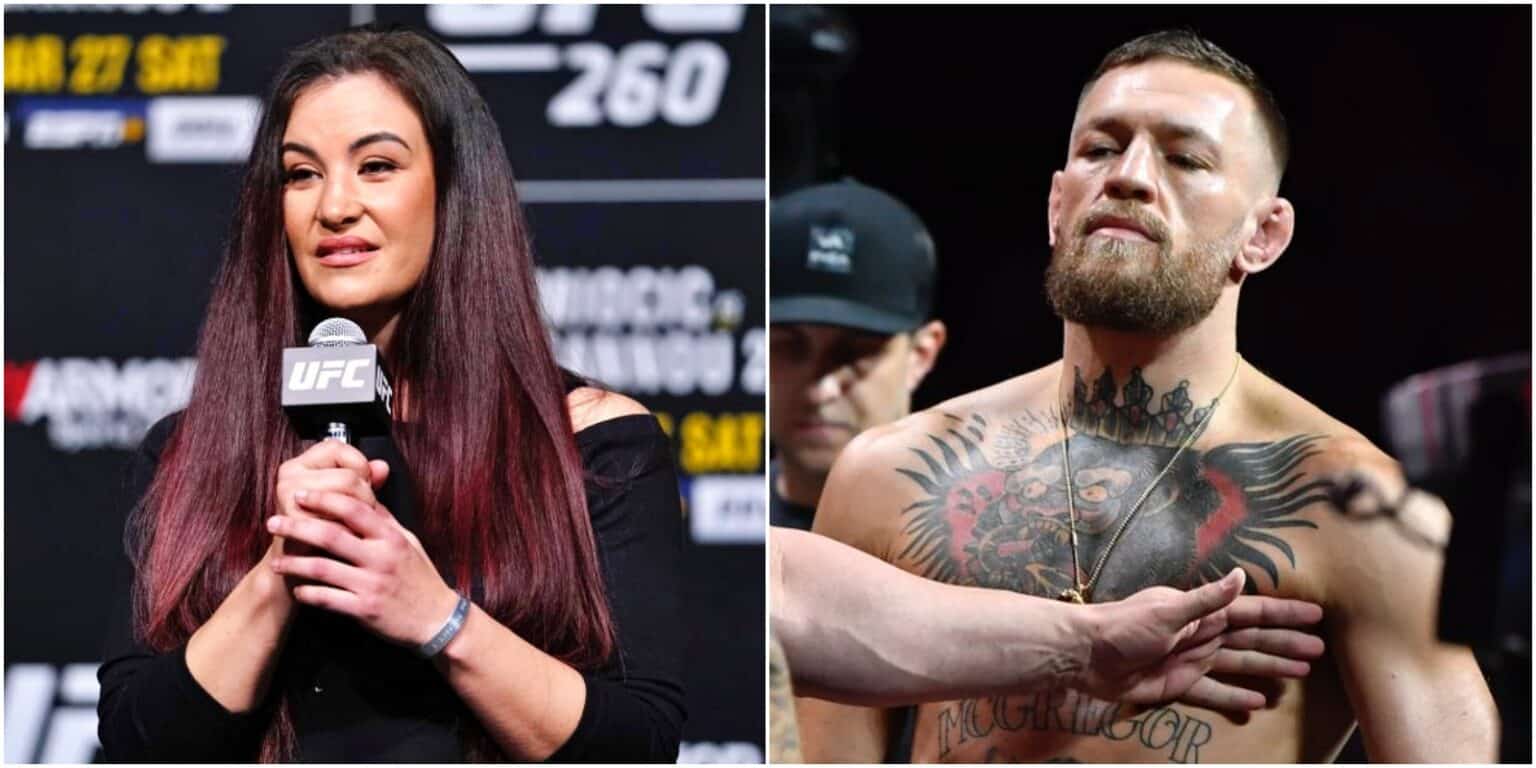 Attending the VMA Awards in the Big Apple alongside his fiancée, Dee Devlin, footage emerged of McGregor and the aforenoted, Machine Gun Kelly involved in a verbal altercation on the red carpet, with reports claiming Kelly had rejected McGregor’s request for a photograph, before they exchanged words. Kelly is then alleged to have pushed the Dubliner, who spilled his drink, before then appearing to throw his drink in the direction of both Kelly and his girlfriend, Megan Fox.

As both Kelly and Fox eventually walked the red carpet before entering the venue, he and McGregor were corralled by security, before the former UFC champion claimed he didn’t know who the musician was during a backstage interview.

“Nothing happened with me, I only fight real fighters,” McGregor said. “People that actually fight. I certainly don’t fight little Vanilla Ice white rappers. I don’t even know the guy. I don’t know anything about him, except that he’s with Megan Fox.“

Reacting to McGregor’s latest altercation outside the Octagon, the #8 ranked bantamweight challenger, Tate described the Dubliner as a “spoiled little toddler” and a “hothead“.

“I think he’s (Conor McGregor) a hothead and I think he can’t keep himself out of trouble because I just think he lacks the ability to swallow his pride a little or bite his tongue and take a step back, cool down, no,” Tate said on the Sirius XM podcast, Throwing Down. “He just feels so entitled to be able to do whatever the hell he wants, whenever the hell he wants and he doesn’t like being told no. He is like a spoiled little toddler.” (H/T Sportskeeda)

Snapping a November 2016 retirement back in July, Tate, a former undisputed bantamweight champion, took co-headlining status at UFC Vegas 31, besting the retiring, Marion Reneau with an eventual third round knockout win. The victory earned Tate Performance of the Night honors.

Slated to replace an injured former-foe, Sara McMann at UFC on ESPN+ 53 — the Washington native headlines her second promotional event in an October main event showdown.