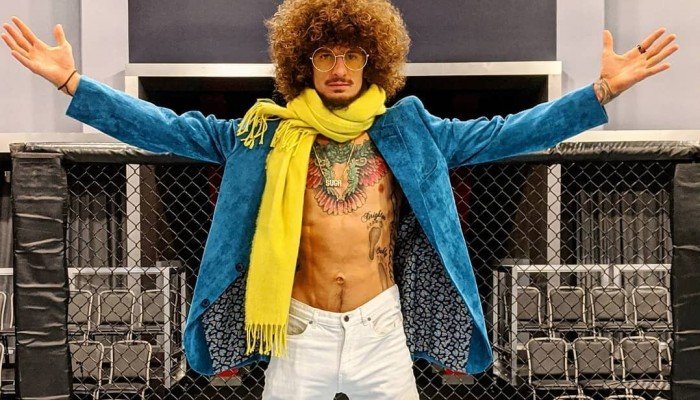 The beef between Sean O’Malley and Paddy Pimblett seems to only be growing every day.

Both men have been going back and forth on social media in recent days. O’Malley said that he was not impressed by Pimblett’s UFC debut. Pimblett responded by calling O’Malley ‘a bit of a bi*ch’.

Now ‘Suga’ has come back with another reply. He recently was on The MMA Hour with Ariel Helwani where he was asked about his beef with Pimblett. (H/T sportskeeda.com)

“I have no idea. I didn’t know of him until the UFC kinda started posting stuff about him and I obviously don’t follow him. So, just a bunch of people started telling me Paddy’s talking sh*t so I’m not gonna not talk sh*t back.”

O’Malley continued stating that Pimblett is stupid but also smart at the same time for the call out.

“So yeah I don’t know. I don’t know what his beef was with me… As ugly and stupid as he may look, he’s kinda smart. He’s talking about the biggest name in the UFC. I’m clearly one of the biggest draws. I’m the cash cow and he knows that.”

This beef does seem a little weird given the fact that they fight in two different weight classes. Pimblett has fought at featherweight before but has recently said that the weight is too hard to make now. However, O’Malley is big for the bantamweight division and could move up easily for a potential match-up with Pimblett.

“He went out and performed the way he needed to. Besides nearly getting knocked out, O’Malley said. “Yeah, I think that could be a potential big fight. I don’t know. Yeah we’ll see, that was my first time seeing him fight.”

A fight between the two could be huge for the UFC. Pimblett has a crazy big following in the UK, while O’Malley has a massive following in the U.S. They both are young and love to trash talk so the buzz is certainly there if the UFC wants to pull the trigger on it.

The full interview with O’Malley on The MMA Hour is below:

Would you be interested in a fight between Sean O’Malley and Paddy Pimblett?