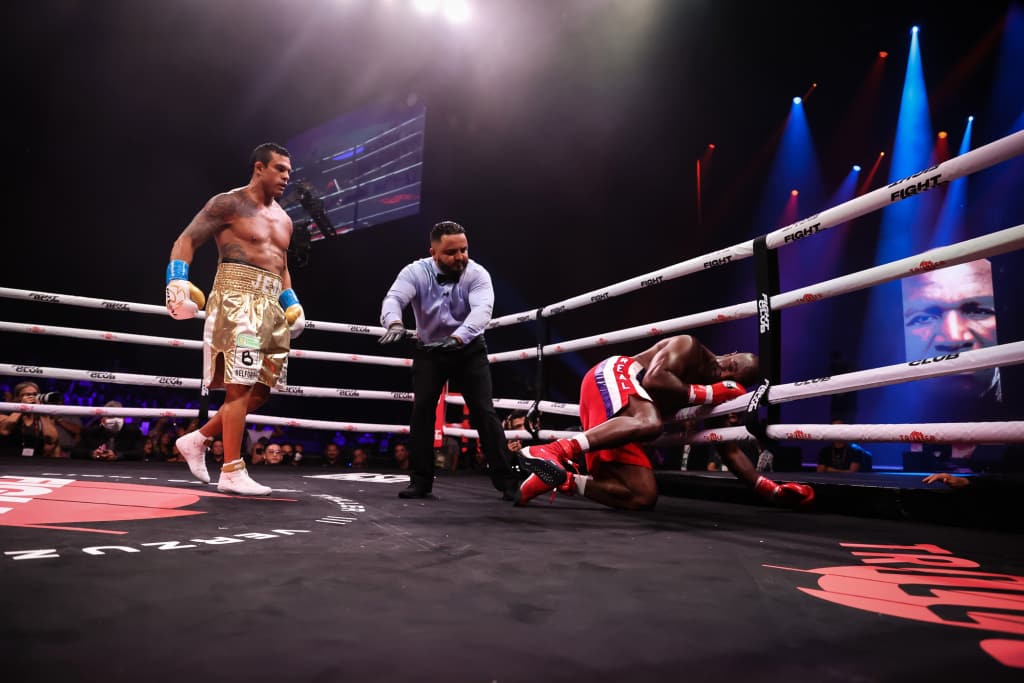 According to a report from boxing journalist, Dan Rafael, the Triller Fight Club event generated 150,000 total pay-per-view buys “between linear and digital platforms“.

“Per sources, #(Evander)Holyfield(Vitor)Belfort event totaled about 150k PPV buys between linear & digital platforms, which would make it a massive $ lost for Triller (Fight Club),” Rafael reported. “At 150k it would gross about $7.5M from PPV, not remotely close to covering even the purses, not to mention rest of expenses.“

Headlining the pay-per-view event from the Seminole Hotel & Casino in Hollywood, Florida — after initially finding itself slated for the Staples Center in Los Angeles, California — a matchup between Vitor Belfort and the aforenoted, Evander Holyfield, who replaced former boxing champion, Oscar De La Hoya on short notice after the latter tested positive for COVID-19.

Scoring an opening round knockout win over Holyfield in a one-sided matchup, akin to the co-headlining bout between Anderson Silva and Tito Ortiz, in which Silva stopped Ortiz with a 40-second knockout, Belfort and Silva’s victories, as well as Holyfield and Ortiz’s loss will not count toward a professional record, with reports detailing how the pair of bouts will be viewed as exhibitions bouts.

Prior to the revelation, Triller Fight Club had billed the bouts as professional boxing matches, with the aforenoted, Rafael confirming that the promotion, led by Ryan Kavanaugh, knew that the pair of bouts were sanctioned as exhibitions.

“Holyfield-Belfort was marketed as a real fight even though Triller knew damn well that the deal it had (including with the venue) said it was an exhibition,” Rafael reported. “That’s called lying, Or fraud. Or deception. Pick a term.“

Off the back of his heavily-scrutinized opening round knockout loss, the Florida State Athletic Commission issued a 30-day medical suspension to the soon-to-be 59-year-old former world heavyweight champion, Holyfield.