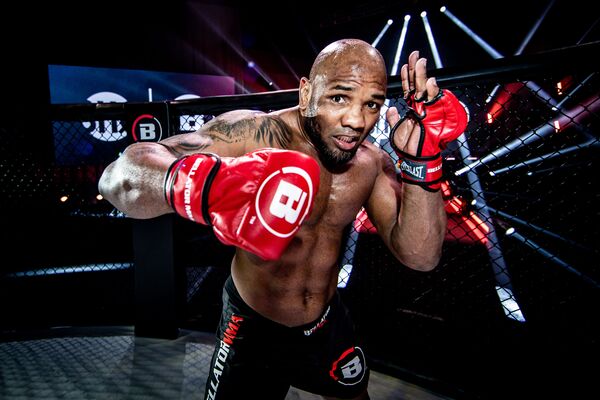 Yoel Romero has revealed that he was in serious talks for a fight with Jake Paul before the YouTuber backed out and he signed a multi-fight deal with Bellator.

During a recent appearance on The MMA Hour, Romero claimed that he was offered a fight with Paul before the internet celebrity opted to face Ben Askren instead.

“What happened was, initially Jake Paul wanted to do a fight with Yoel, but then when Yoel wanted to do it, the Paul team canceled the fight,” Romero’s translator said.

“Initially they wanted to do the fight with Yoel. That was when he was just getting out of the UFC, he had not signed with Bellator yet, and they said eventually no they don’t want Yoel… They decided to go with Ben Askren.” Romero’s translator explained to Helwani.

Romero believes the fact Paul chose to fight Askren instead of him proves the 24-year-old is not interested in facing true tests inside the squared circle.

“They don’t want to face a real fighter,” Romero said via his translator. “(The Paul brothers) are just trying to make it a show and they don’t want to ruin their show. They’re finding the easy fights. Even though (Logan) fought Mayweather, but the thing is, there’s a huge weight difference.” (Transcribed by MMA News)

The Cuban fighter was supposed to square off against Anthony Johnson in his Bellator debut earlier this year before a failed medical scuppered those plans. Romero will finally make his promotional bow when he takes on the former light-heavyweight champion, Phil Davis, at Bellator 266 on September 18.

Do you think Jake Paul was smart to avoid fighting Yoel Romero?