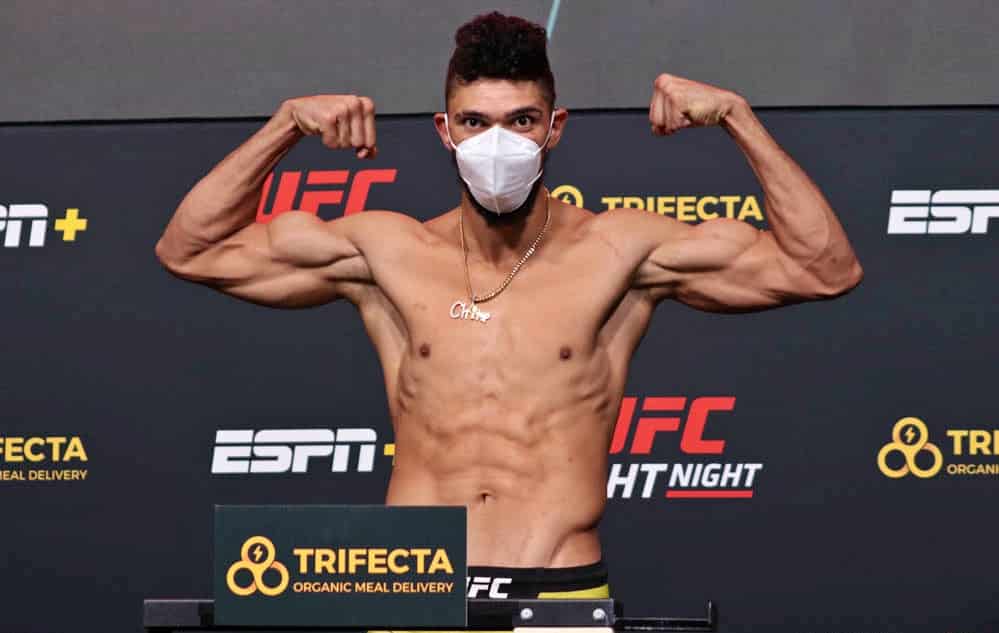 Slated to headline in October himself, Rio de Janeiro striker, Walker headlines UFC on ESPN+ 51 against compatriot, Santos, attempting to lodge the most high-profile victory of his eight-year professional career,  having returned to the winner’s enclosure at UFC Vegas 11 last September with a rallying knockout effort opposite Ryan Spann.

Headlining a non-PPV UFC 267 event in October on ‘Fight Island’ in Abu Dhabi, UAE — the aforenoted veteran, Teixeira links up with defending light heavyweight kingpin, Jan Blachowicz, as he attempts to nab gold at the second time of asking.

Ahead of his upcoming October headliner against common-foe, Santos, which will come as Walker’s first main event bout under the promotion’s scrutiny — the latter explained how he hopes Teixeira lifts the UFC title. claiming that his Brazilian counterpart is deserving of the crown.

“Glover (Teixeira) has his last chance and I’m shouting for him,” Johnny Walker told LowKick MMA reporter, Keelin McNamara. “I would like for him to get the belt because he’s 42-years-old, it the end of his career. He deserves it. He’s been a long time in this game, you know. He’s a real veteran, and I don’t know if he’s going to get much chance (sic) after this. I’d like to see his chance to build his legacy a little bit, you know, to help his family, to be good financially.“

“We are fighting because we love to fight, but we don’t fight for free, we fight for the money,” Walker continued. “To buy our house, to pay our expenses, to help our family. I think he — Jan Blachowicz is a really good guy, but he already fought, he’s made his money, but I think Glover, he deserves it more than him now. I would like for Glover to win. Glover’s got amazing wrestling, really good Jiu-Jitsu, and he can take Blachowicz down and he’s going to submit him.“

Earning his second siege of light heavyweight gold with a submission win, Teixeira rallied himself from some early adversity opposite soon-to-be common-opponent, Santos back in the main event of UFC Vegas 13 last November, stopping his compatriot with a third round rear-naked choke.