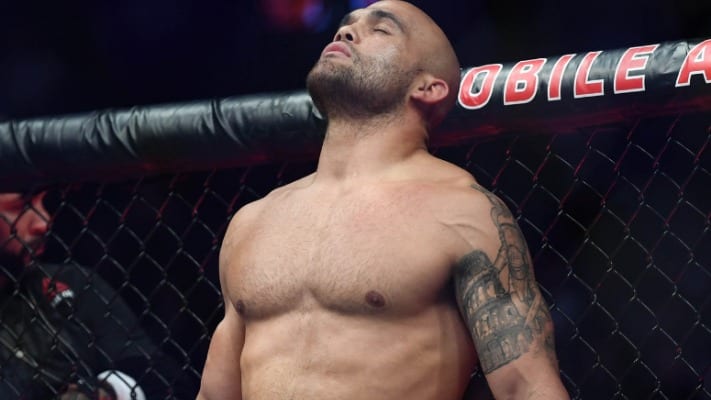 Robbie Lawler is not thinking about retirement whatsoever.

The former welterweight champion returns to action next week at UFC 266 when he takes on the returning Nick Diaz in a five-round welterweight contest.

Some observers have suggested it could be the last time we see Lawler in the Octagon, especially as he is currently on a four-fight losing streak.

However, that’s not the case for “Ruthless” who ruled out that this was his final farewell.

“Nah, it’s not possible,” Lawler told TMZ (via BJ Penn). “I’ve been doing this a long time, my body feels good. It’s just waiting for good fights that get me excited, and this is one of those fights.

“”Nick Diaz is a big name and this is going to be a big event.””

For that matter, Lawler is not thinking about retirement at all either as he still feels good competing — even as former rival Carlos Condit called time on his career just a few days ago.

“I have no idea (when I will retire). As long as my body feels good and I’m still loving what I’m doing and I can still get in there and train with these guys and hold my own, and I’m enjoying what I’m doing,” he added. “If all those things are clicking, then I’m going to be doing it.

“But you never know, things change fast. But I feel good. My body feels good, my mind’s good, so I’m going to keep going.”