Yoel Romero Will Be Back After Bellator Debut Defeat 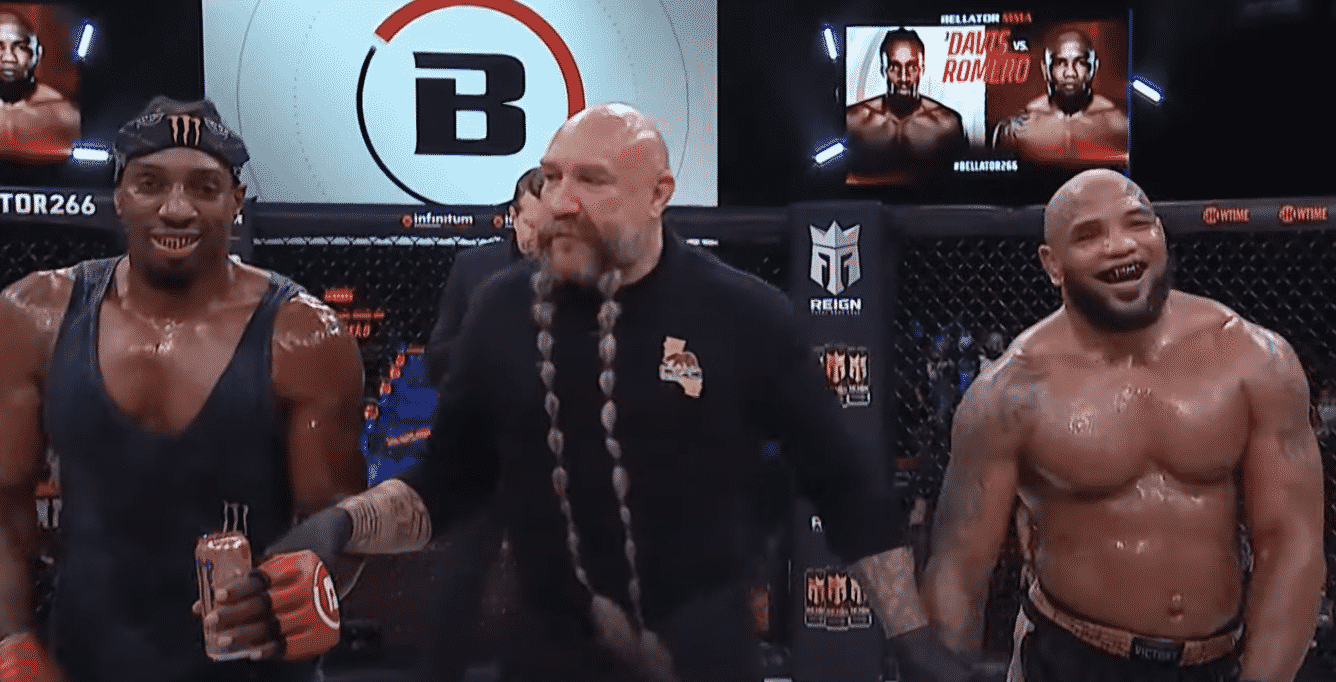 Romero made his promotional debut last night at Bellator 266 when he took on Phil Davis in the event’s light heavyweight headliner.

Despite a closely-contested first round, Romero would comfortably lose the next two rounds as Davis earned the split decision verdict. It makes it four defeats in a row for Romero with many observers believing he is now well past it.

However, Coker believes it was just a case of Davis showing that he’s one of the best fighters in the sport and that Romero will undoubtedly be back soon.

“I think that Phil is an amazing fighter, as we all know, and he just delivered another solid performance,” Coker said at the post-fight news conference (via MMA Junkie). “He fought smart. Yoel is still dangerous. If he hits you, it’s over. I think Phil probably felt that power early on, so he tried to stick and move a little bit. He took him down a couple times. I loved the fight. I thought that it was a great fight. I’m telling you, Yoel will be back. This is, to me, his comeback fight. It’s been how long since he fought? We give him another fight, and he’ll be really, really ready for the next one.

“… Anybody that can do what he does. Again, give this guy another camp and another big fight, I think he’s going to come in and start throwing bombs on people. He’s a dangerous individual. You guys saw it. One punch, and it’s going to be over. He’s that guy.”

While it was also Romero’s first fight at 205 pounds in a long time, Coker would like for him to remain in the weight class. However, there are middleweight options for the “Soldier of God” as well.

“I’m going to talk to him, because I’d love for him to maybe fight and maybe stay at 205,” Coker added. “Gegard (Mousasi) is going to be busy beginning of next year fighting Austin (Vanderford). If that division opens up, and he wants to go down and fight the winner of that fight, we’d love to do that, too.

“We have a lot of exciting options for Romero, and I’m excited to put them all together.”

What do you think should be next for Romero?