Burnley, Sean Dyche and signing up for miserable survival

Sean Dyche had just signed a new four-year contract and his team responded on Saturday by playing a poor, weak, uncommitted half of football against the sort of vulnerable Arsenal side that it is often claimed they love turning over. Sending soft southerners packing is all part of the Dyche and Burnley legend and it was easy to conclude that the players were decidedly unenthusiastic by the thought of another four years of Sean barking out hoarse instructions and even the crowd seemed subdued, possibly by the thought of more of the same. The second half was better; however they still lost a game many fancied them to win. It was the 165th game Dyche had failed to win for Burnley in 233 Premier League games.

If Dyche sees the contract out, he’ll have been at Turf Moor for 13 years. This is hailed as A Very Good Thing by people, usually other British managers, who are sick of getting the sack after 18 months. ‘He needs time’ is a football cliche, but not one that can ever be applied to Dyche now.

Keeping Burnley in the top flight for the last five seasons, finishing 16th, 7th, 15th, 10th, 17th is a fine achievement, though who is benefits is perhaps a little more opaque. Perennially painted as though running the club on shoestring by less cerebral pundits, the truth is somewhat different. He has netted the club well over £600million in Premier League income alone over the last five years. There is plenty of fat on the Burnley bones.

We must assume that their new American owners ALK have asked him for more of the same. Survival is the name of the game. Keep being in the top flight, keep the money rolling in. Given they’ve bought Burnley for around $271million on what is termed an ‘aggressive debt structure’ using the £80 million Burnley had in the bank, to part finance the up-front payment (weird to use cash from the asset you’re buying, to buy the asset, but that’s football) and given their income is 84.7% Premier League payments, you can see the importance of staying in the league. ALK were impressed by the fiscal stability of the club and yet there are questions now being asked over whether this investment capital group (welcome to 2021) can actually afford to service the debt, especially if relegated. It’s not hard to see at least one route to disaster. Dyche has to avert that. Is it an attractive prospect for him. For anyone?

Dyche has never chosen, or been able, to give the fans some relief from the frugal diet of league survival with a cup run. In his entire nine-year tenure, he’s not got past the fourth round of the League Cup, and only twice reached the fifth round of the FA Cup.

This has left supporters with some really thin gruel. At first, of course just being able to compete in the top flight, and taking a few big club scalps along the way, was enough cream in the custard to sustain them. But now into the sixth season, is the prospect of yet another bottom-half finish really so desirable?

No-one is going to say they’d rather be relegated. That sort of talk is verboten. But if it happened, would anyone really mind, except the owners and money people? Playing different teams in a different league with the chance of winning a lot of games and aiming for something other than 17th position, surely sounds far superior to the current situation. But it could risk insolvency or at least severe money problems and no-one wants that.

But there’s only so long you can just hang on before you begin to wonder what the point of it all is. The point can’t be just to prevent going bust, but that’s all they’ve got. 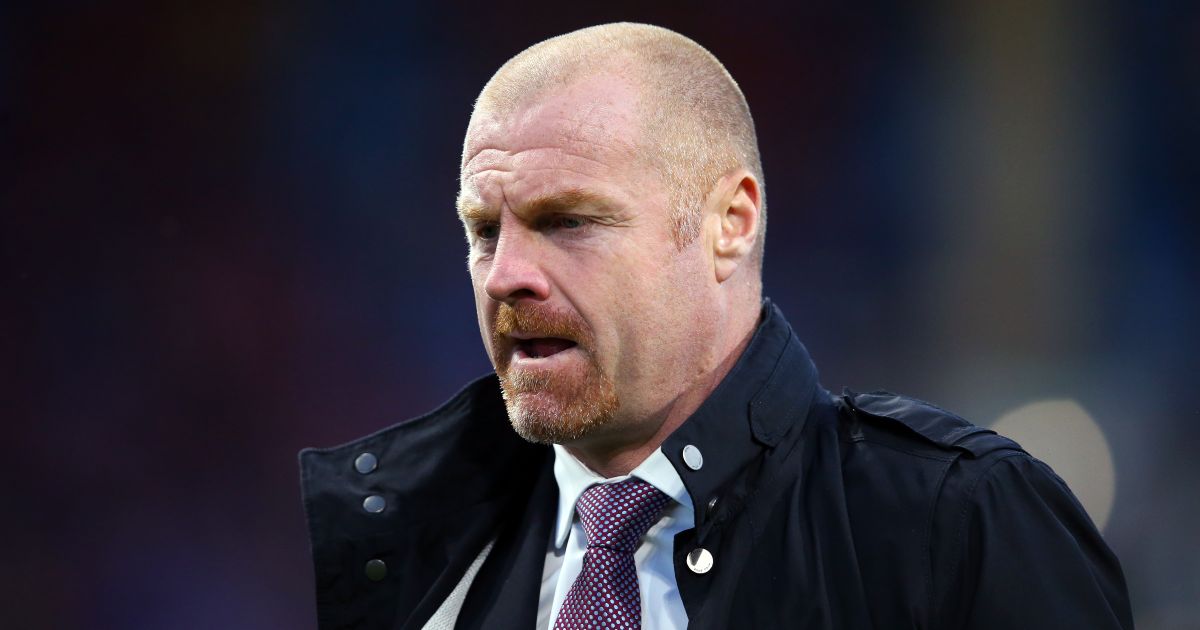 Another cliche about Dyche, repeated again this weekend on 5live by Chris Wilder, a pal of the Burnley man, is that despite this sort of success, he never gets offered big jobs. Was never ‘talked about’ for the Spurs job, for example. This is odd because when a big job becomes available, such people do nothing other than talk about Sean Dyche for a big job, albeit to say no-one is talking about him for them, even though they are.

This is portrayed as some sort of massive injustice, bordering on stupidity, as though he’s being discriminated against for being Sean Dyche: Proud Englishman. It’s a paranoia we see right through society. It’s not nice.

Yet we must certainly presume he’s signed another four-year contract because he had no better offer of more money or more prospects from anyone else. Which is a bit sad really and must be frustrating. We can speculate why this might be, that it is a fact is incontrovertible.

Keeping the same manager for up to 13 years can be seen as noble loyalty, or it can be seen as being stuck in a very deep rut. Burnley fans who fancy a change of manager will inevitably be told to ‘be careful what you wish for’ because it’s a cliche and pundits and journalists reach for cliches in football out of instinct, it seems. But the idea that every fan is obsessed with staying in the Premier League is old-fashioned and dated. Many are not. Some are probably a bit bored.

Dyche has a 36.3% win ratio. No-one can say it is a disastrous record to win 68 of 233, but no-one can claim it is exactly thrilling either. This may be why he doesn’t get offered big jobs.

Football isn’t played for owners and accountants, it is played for fans and the trouble is, with nothing to play for other than survival, ad infinitum, for year upon year, you end up becoming a weird sort of zombie club whose only purpose is to hoover up money for the owners. By contrast since 2014/15, Norwich have been promoted and relegated three, soon to be four, times. At least they know they’re alive. Glory and heartache beats a dull pain in the neck every day.

But what can Dyche do? He can’t get the side relegated just for the hell of it, but he can’t realistically expect them to finish outside of the bottom third. And history tells us the cups will offer no respite from the mediocrity. When being in the top flight wasn’t so financially different from being a tier lower, there was far less risk in relegation if you fancied throwing the kitchen sink at it every game and trying to play expansive football.. Now the risk is real. Relegation could mean massive financial difficulties, could even mean the end of the club. Things can change quickly. Just ask Derby County fans.

So they’re stuck. Strong enough to hold on, but too weak to climb, playing largely just for investment capitalists to protect their money. This isn’t what football should be and it is hard to believe Sean Dyche thinks it is either. But this is where we are, where he is, for four more long years. Surely it fills no-one with joy.