Chelsea manager Thomas Tuchel has, on Sunday evening, provided an update on the wellbeing of sidelined attacker Christian Pulisic.

Kante amongst the goals

United States international Pulisic of course played no part earlier today, as the Blues returned to domestic action in a Premier League meeting with Tottenham.

After opening their European campaign with a 1-0 downing of Zenit St. Petersburg during the week, Tuchel and co. kept alive their fine start to 2021/22, eventually emerging on the right side of a 3-0 scoreline in North London.

Thiago Silva opened the game’s scoring with a pinpoint header shortly after the interval, before N’Golo Kante made it two, aided by a considerable slice of luck, a short time later:

When your luck’s in…🍀

N’Golo Kante hits one from range and a huge deflection takes it away from Hugo Lloris!#GameZero pic.twitter.com/NywkGWTZfv

And there was still time for Antonio Rudiger to add some gloss to the scoreline late on, slotting home in confident fashion from Timo Werner’s pull-back, to guide Chelsea back alongside Liverpool and Manchester United at the Premier League’s summit.

As outlined above, though, speaking in his post-match press conference on Sunday, Thomas Tuchel was drawn on the situation of one of those to have missed out on his side’s latest victory.

The player in question? Christian Pulisic.

Wide-man Pulisic has not featured for Chelsea for over a month now, after picking up an ankle injury whilst on duty with the United States during the recent international break.

And, if his manager’s latest comments are anything to go by, then it looks unlikely that the former Borussia Dortmund man will be available next time out, either.

The Blues are set to return to action this coming Wednesday, in an EFL Cup meeting with Aston Villa.

‘The game against Villa is maybe too close, I hope I am wrong but it is my impression’, Tuchel explained. ‘Maybe it is possible and it would be super nice to have him.’

Tuchel on Pulisic’s injury status: “The game against Villa is maybe too close, I hope I am wrong but it is my impression. Maybe it is possible and it would be super nice to have him.” #CFC #TOTCHE 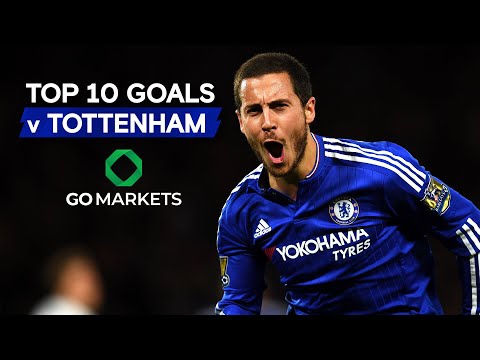 N’Golo Kante Is back 🙌 But Is Brutally Nutmegged By Jorginho! 🤣 | Chelsea Unseen