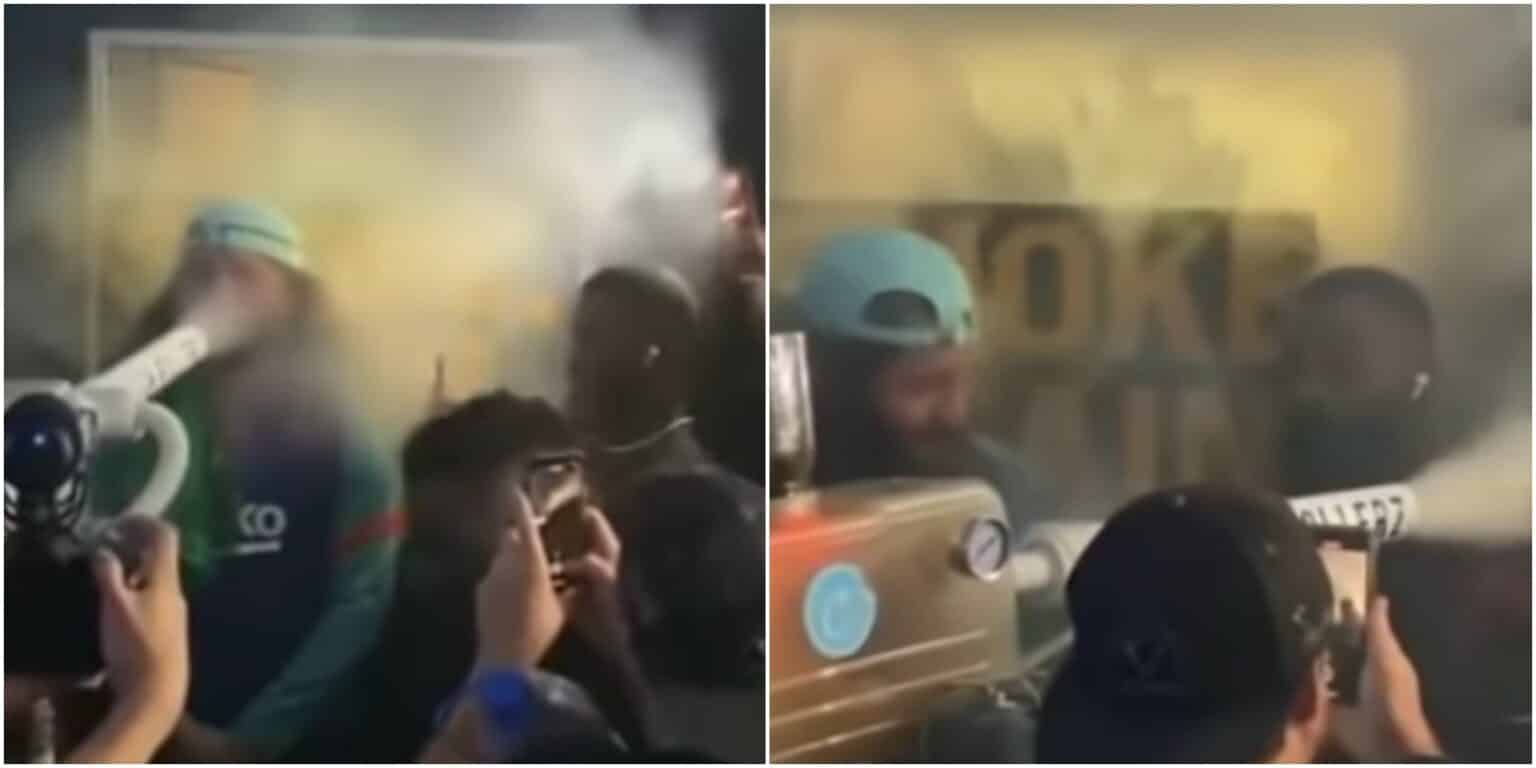 Masvidal, who last featured professionally back in April in the main event of UFC 261 at the Vystar Veterans Memorial Arena in Jacksonville, Florida — suffered a massive second round knockout loss to Kamaru Usman in a title challenge rematch.

For Florida native, Masvidal, the symbolic BMF champion is targeting an Octagon return before the culmination of this year — likely November or December, and despite the fact he’s dropped two consecutive title challenges to the aforenoted, Usman, he still wants to secure a third consecutive pairing with the Auchi finisher.

“Right now the only fight that I am truly interested in is (Kamaru) Usman,” Jorge Masvidal said. “I’m going to do whatever it takes to get back in front of Usman. If that means beating up that fragile, never done nothing in the sport guy (Colby Covington), then I’ll beat the crap out of him. My end game and everything for me is getting back in there with Usman so that’s where I’m at right now.”

“I’m going to Las Vegas (, Nevada) on Tuesday or Monday and Wednesday and Thursday we have meetings with the UFC so once we get out of those meetings we’ll have a much more clear picture of who, when, and where,” Jorge Masvidal explained. “I’m just waiting, I’m just as anxious as you.“

In a video posted online last night, footage shows both Masvidal and Woodley attending a High Rollerz event where they take blasts from the High Rollerz smoke cannon, with the former and latter coughing as the cannon engulfs the room in smoke.

For Woodley, the veteran wrestler attempted to set up an immediate boxing rematch with Paul off the back of his judging defeat, claiming that he would get “I Love Jake Paul” tattooed if the Ohio native would agree to a rematch, however, he has since claimed that the tattoo artist responsible for carrying out the project “flaked” on the design — leaving any potential rematch in jeopardy.