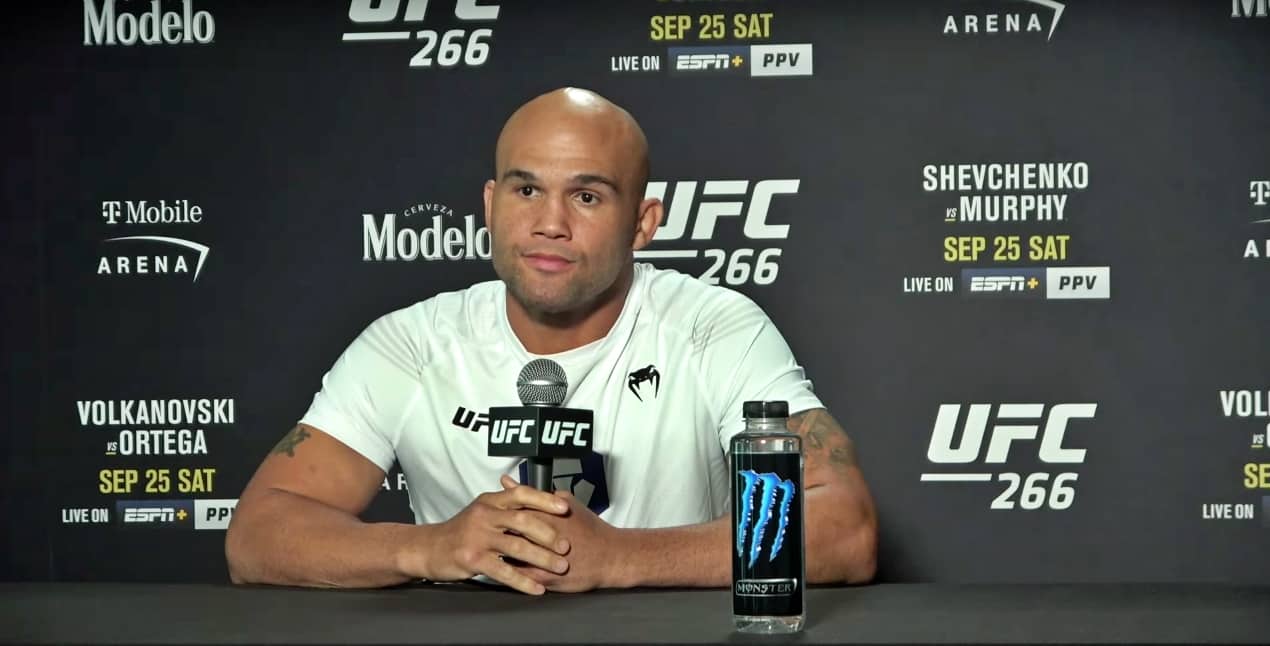 Lawler, who attempts to snap a disappointing four-fight losing skid when paired with Diaz 17-years following their first clash, is now slated to meet with the Stockton fan favorite at the middleweight limit, despite the fact the pair had originally signed to meet at the welterweight limit.

Reports emerged last night that the promotion had received a request from Diaz to change the bout from a welterweight pairing to a middleweight clash, with UFC president, Dana White addressing the reshuffle following the Contender Series last night.

“Robbie Lawler texted me that he’ll hit me when he lands,” White said. “So Robbie wants to talk to me about this whole thing. This all happened while I was out of town this weekend. I know that the Diaz camp wants to fight at 185… I don’t know, he probably doesn’t want to make weight. Listen, every time you come into a Diaz fight, you know what I mean? And we forget because we haven’t seen Nick in a few years.” (H/T MMA Fighting)

For San Diego veteran, Lawler, he’s spent the last eight years of his career competing at the welterweight limit, achieving success at the weight class in the form of the undisputed UFC welterweight title, which he successfully defended against Rory MacDonald and Carlos Condit.

For Diaz, the Californian has not competed at welterweight since a March 2013 undisputed welterweight title fight against Georges St-Pierre.

The 38-year-old last featured at middleweight against Anderson Silva at UFC 183 in January 2015 in what would come as his last Octagon walk before this weekend’s return.

Speaking with assembled media ahead of this weekend’s rematch, former champion, Lawler appears to have taken the late-notice reshuffling of the matchup in his stride, detailing that he’s still ready to fight despite the alteration.

“We had a short conversation,” Robbie Lawler told MMA Junkie reporter, John Morgan. “It is what it is. I’m ready to fight. … I’m ready to go. That’s all that matters. Camp went well and controlling the things I can control. Obviously, I’m a little light, but I’m strong, I’m fast — I’m ready to fight. I’m going to eat, (and) try to feel comfortable.”

Back in April 2004, Diaz made his Octagon debut against Lawler at UFC 43 in a welterweight pairing, where the former landed a memorable second round knockout victory. Following the loss, Lawler tested middleweight waters.