Reading relegation battle is not inevitable after points deduction

Itâs not even the second full month of the season and Reading have become the second Championship club to be negotiating their impending points deduction with the EFL.

Following Derbyâs protracted and painfully drawn-out battle with the Football League and an upcoming deduction which will take them into minus points territory, Reading will take solace from the worst-case scenario in the short term seeing them on one point.

An extremely tough blow it may be – given how well the Royals have accumulated points over the past week and a half of Championship action – but for that very reason, everyone connected to the club will have confidence that this deduction will have little tangible effect on the club come May.

It could have all been so different of course. Having lost four of their opening five games, this news just a month ago would have seemed almost desolate. The downward spiral with the hangover from last seasonâs late collapse â one win in the final 11 league games â brought about worries of a repeat of Nottingham Forest under Sabri Lamouchi a year before.

But where the former Forest chief never got the chance to pick his and the clubâs form back up, Veljko Paunovic has turned Readingâs fortunes around so much that even the chance of nine points being taken away, and the certainty of at least six, is small fry in Readingâs season.

In many ways, it is a blessing that Reading did tumble off so spectacularly in the last months of 2020/21. This off-the-pitch drama is the last thing needed in the long-term development of a club, and staying in the Premier League is hard enough when you have to worry about what happens on the pitch; see Norwich City for reference.

In the extremely short term, Reading will drop into the relegation zone, if not bottom of the table entirely, save for Derbyâs own deduction. But the Royals have shown that they have more than enough about them to make that a temporary drop, not a permanent one like that suffered by Sheffield Wednesday and their eventual six-point penalty endured last campaign.

John Swift has been the obvious talisman and is already into double figures for goal involvements this campaign, and will break records for his best tallies in each category and combined by Christmas at the current rate, while fellow midfielder Ovie Ejaria showed last time out that he could be every bit as important with his two well-taken and expertly skilled goals against promotion favourites Fulham. 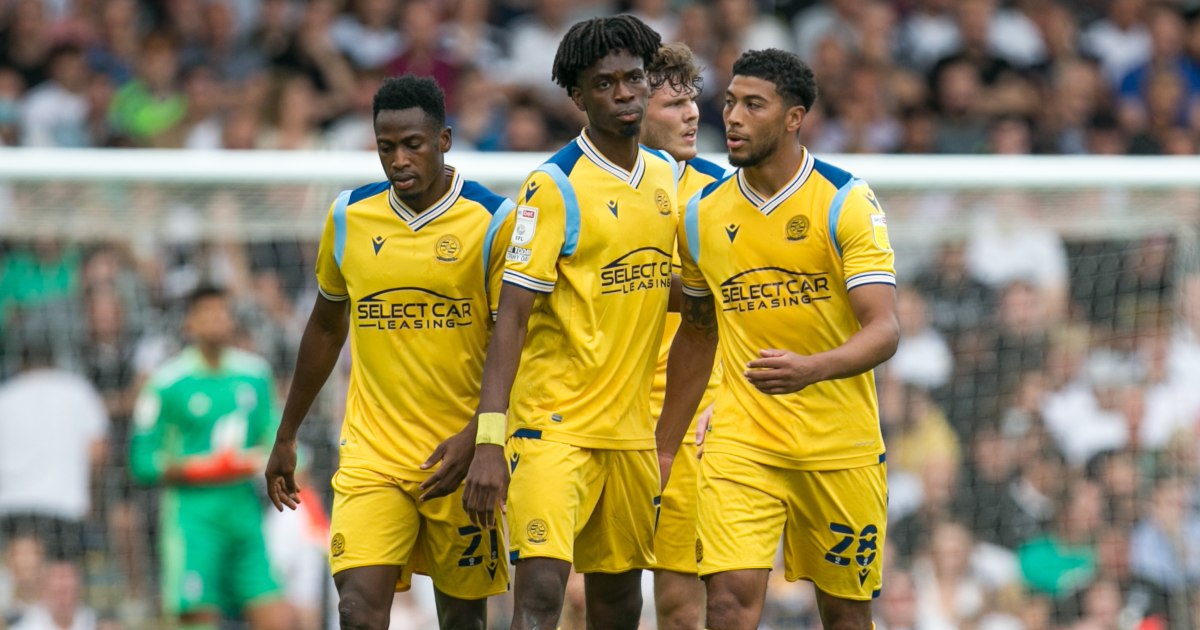 Promotion form may have come to Reading in the past week, but any small chance of another shot at the big time will likely disappear with this deduction, which brings with it more than simply the loss of six or nine points.

But at the weekend, Derby showed it can galvanise a club. In the same week their deduction was confirmed with the certainty of redundancies and job losses on the horizon at Pride Park, the Rams defeated promotion-chasers Stoke City before selling out the away end for the upcoming league game at Sheffield United with tickets at Â£37 each.

Readingâs situation does not appear as dire, and there is plenty of momentum behind the club for the first time in half a year. A swathe of signings late in the summer window came at the right time with the Royals in the midst of a transfer embargo and every chance of more restrictions to new players joining the club in the near future, while results have picked up with consecutive victories arriving in this corner of Berkshire for the first time since March.

Other publications suggest that the points deduction will likely âplunge Reading into a relegation battleâ. Apologies for supplying an extra dose of Mediawatch here, but with far less than a quarter of the season played, Reading have more than enough to stay up. If they get the best-case scenario of six points taken off, the Royals will be just three points off safety with a slightly superior goal difference.

With more players still to return to the fold â last seasonâs two top scorers Lucas Joao and Yakou Meite chief among them â the positive results should only continue, while the plethora of midfield options available to Paunovic.

This points deduction will be an inconvenience, and a major one at that. Chasing the riches of the Premier League does lead to this. We know Reading arenât the first â Sheffield Wednesday and Derby are proof of that â and they wonât be the last club to suffer this fate, but there is every chance they will be one of the best to come out the other end.

Reading will not go the way of Wednesday nor face the perils that Derby have on the horizon. By Royals appointment, Reading and Paunovic will have a date with the Championship again next season, while retaining the hallmarks of what has made them so dangerous since the start of the last campaign.

Learn from their wrongs, and focus on the rights which have led them to this talented young squad and equally impressive manager, and the situation in RG2 will soon make happy reading once more.