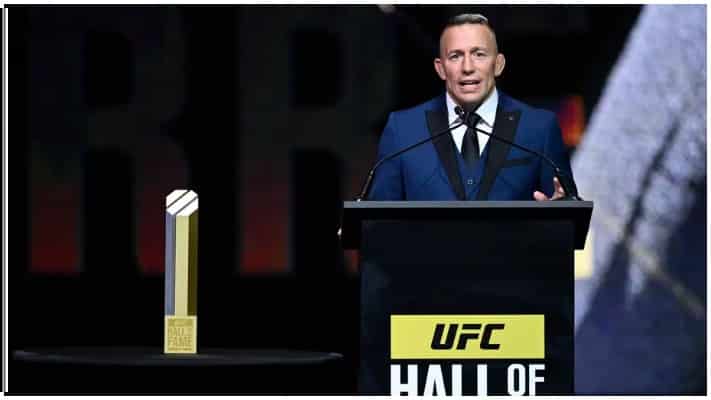 Georges St-Pierre may not have liked to fight but he was ridiculously good at it So good in fact that the former two-weight UFC champion was inducted into the Hall of Fame on Thursday evening.

When St-Pierre hit the stage he began to talk about his goals when entering MMA and the satisfaction of retiring knowing he’d done what he set out to do.

“I’ve always wanted to be a champion but it also meant a lot to me to have a positive impact on my sport,” St-Pierre said. “To change the game. When I retired from competition, I did with great pride at having made that impact.

The 40-year-old admitted that he never really liked to fight but did enjoy the life it did and still does provide for him.

“It’s funny. I never really liked to fight. It’s a weird thing to say from a Hall of Famer, but I never enjoyed it. If I could snap my fingers before every fight to fast forward and open my eyes and the fight was over, I would have done it every single time. I did it because I could have the freedom, the health, the wealth and the life that I have.” (Transcribed by MMA Fighting)

Is Georges St-Pierre the greatest MMA fighter of all time?