Dan Hooker To Relocate To The U.S After UFC 266 Ordeal 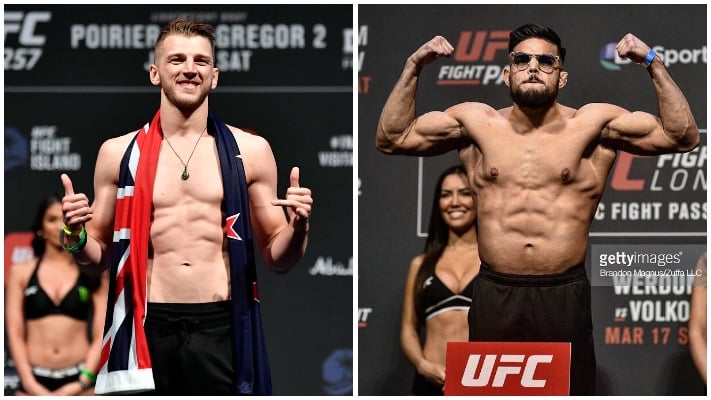 Dan Hooker went through hell to fight this Saturday, at UFC 266. Due to the hardships of attaining a work visa, getting to the fight was the biggest problem leading up to his fight.

Hooker and his opponent Nasrat Haqparast, both had similar issues in the lead up to the fight. Both fighters struggled to get visas due to the pandemic and the fight was up in the air just days ago. It is fantastic to see both men not only make it over in time for the fight, but also were one of the first fighters to step on the scale and make weight on Friday.

Hooker was in good spirits about the situation and showed up ready to do his job.

“I made the agreement when I signed the fight to make the weight, it’s just no question to it when it comes to me: Show up on weight. I agreed to come on this date, I agreed to be on this weight, I don’t see why changing the travel time would change that.” (MMAjunkie)

Hooker has had problems with COVID-19 and fighting during the entire pandemic. ‘The Hangman’ had to quarantine 6 weeks after his bout with Michael Chandler and was unable to see his family for the whole time. It has been a struggle for Hooker to train as well with the harsh COVID guidelines in New Zealand. When asked about a potential permanent move to the U.S, Hooker had this to say.

“Definitely, We had the discussion as a team now. There’s a lot of people that have been talking about it or thinking about it, myself of making a move stateside. But now we’ve had the discussion as a team. We’re kind of just planning the logistics of it. Obviously it’s going to be left up to our coaches, but yeah, it looks like me and the family will be moving stateside with the team. It has to happen. This last one was getting a little bit crazy.”

For now, it’s just great we get to see Hooker in action again at UFC 266. A permanent move to the U.S would do wonders for him if he is able to.

Are you excited to watch Hooker and Haqparast square up at UFC 266?