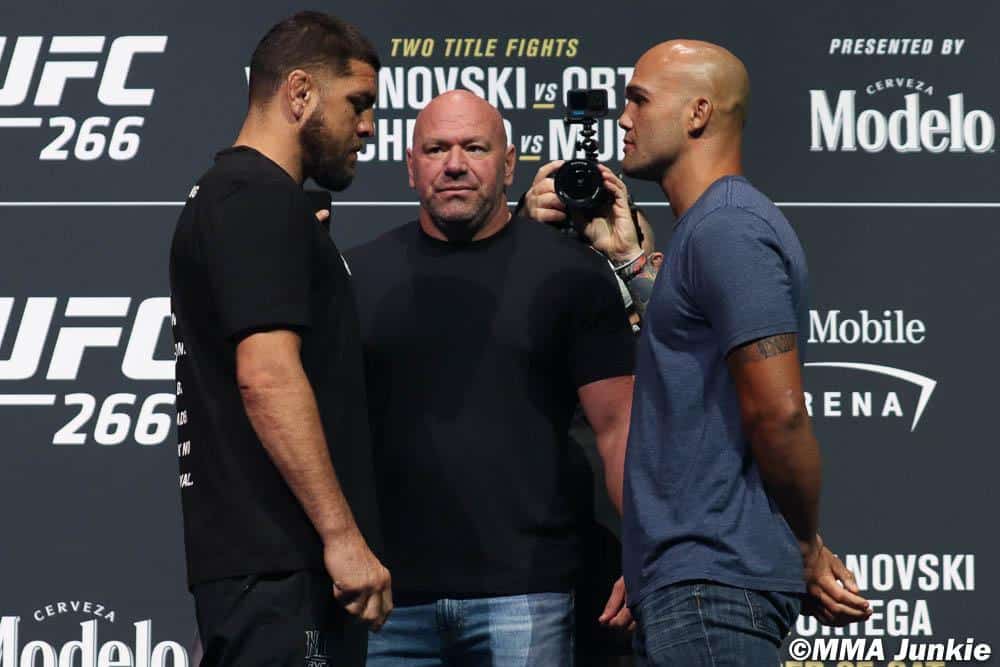 The Nick Diaz vs Robbie Lawler rematch is a fight 17 years in the making and while most fans are excited, it seems Lawler and Diaz are very relaxed.

Diaz makes his first appearance inside the octagon in almost 7 years. His last fight was against Anderson Silva at UFC 183 that ended up being ruled a no contest. A lot has changed since that time. In years since, his opponent Robbie Lawler went on to defend his welterweight title twice before losing to Tyron Woodley.

Lawler defended his title against Rory MacDonald which is considered the greatest welterweight title fight of all time. ‘Ruthless’ Robbie Lawler (28-15 MMA, 13-9 UFC) looks to end a 4 fight losing streak against the 38 year old Nick Diaz (26-9 MMA, 7-6 UFC). The fight was originally supposed to take place in the welterweight division, but has been changed to a middleweight bout.

In their first match, Diaz won via KO in the 2nd round. Fans are hyped up to see the return of the crowd favorite Diaz and he has been vocal all week. In a very “Diaz way”, he has called out Kamaru Usman while saying he doesn’t even want to fight Lawler. Diaz called the people that booked the Lawler vs Diaz fight “an idiot“. While he may not be very enthused to be sharing the octagon with Lawler, the loyal Diaz army is ready to go to war this Saturday.

This fight may be the most anticipated fight on the entire UFC 266 card. The event is headlined by Brian Ortega and Alexander Volkanovski for the featherweight championship. Valentina Shevchenko also defends her title against Lauren Murphy as the co-main event of the card. The Diaz and Lawler match is also a 5 round match, bringing the total of three 5 round fights at this event.

Are you excited for Nick Diaz vs Robbie Lawler 2?

What fight interests you the most at UFC 266?