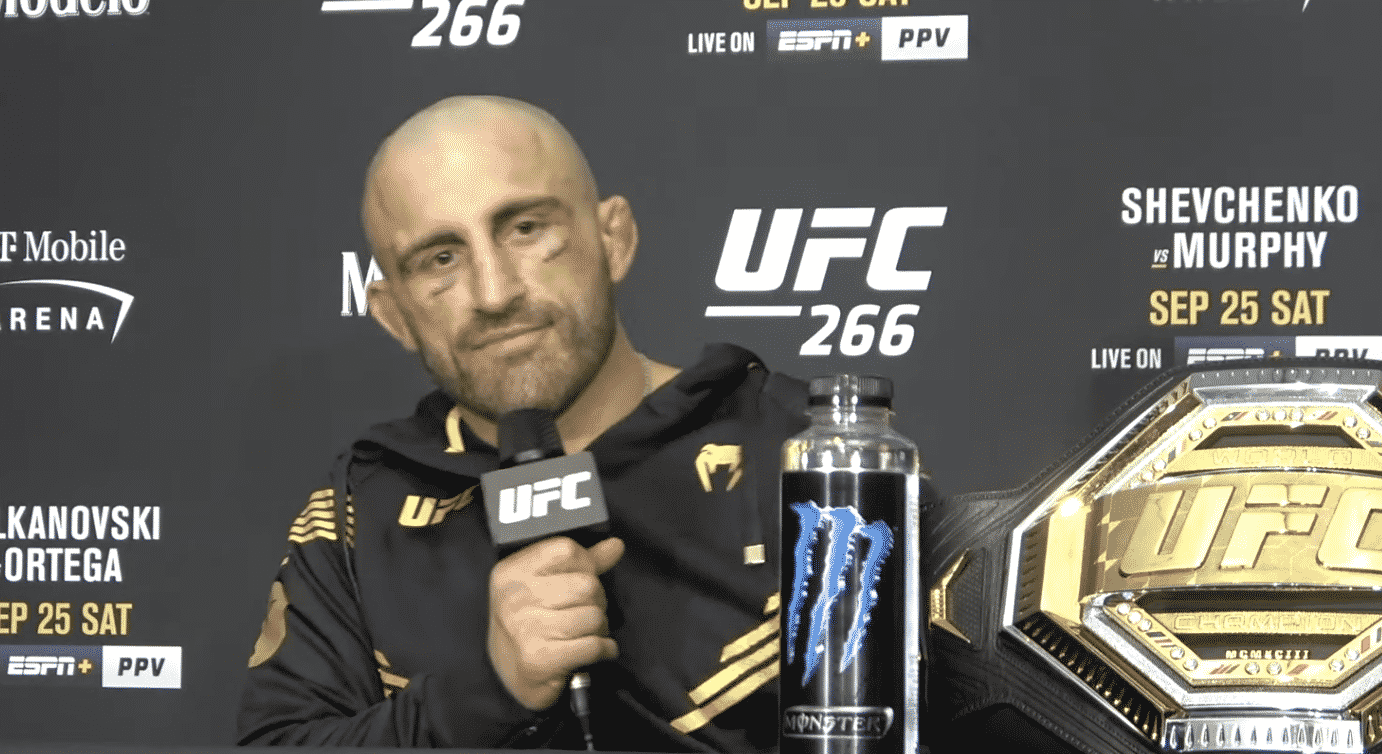 In the end, “The Great” enjoyed a lopsided unanimous decision victory for his second title defense as well as his 20th win in a row.

And after competing for the first time in 14 months due to various reasons — mainly COVID restrictions — Volkanovski hopes to remain active.

With Max Holloway set to fight Yair Rodriguez in November, the Aussie is even willing to move up for the time being.

“[Holloway vs. Rodriguez] is not until November, and I want to fight,” Volkanovski said at the post-fight press conference (via MMA Mania). “So, do I move up, fight at lightweight, maybe fight the champion? Give me something, because I had 14 months off because of [COVID-19].

“I’m thinking of maybe coming over here [to the [U.S.] to ride out this lockdown thing, because it’s a mess. That’s why I said this fight is for everyone back home that are struggling, they’re going through tough times, New Zealand and Australia.”

Another option could be fighting Henry Cejudo who even called him out following UFC 266.

It would certainly be a fun fight to have as Volkanovski waits for the next featherweight contender to emerge. That said, he doesn’t seem all that interested either.

Who do you think Volkanovski should fight next?