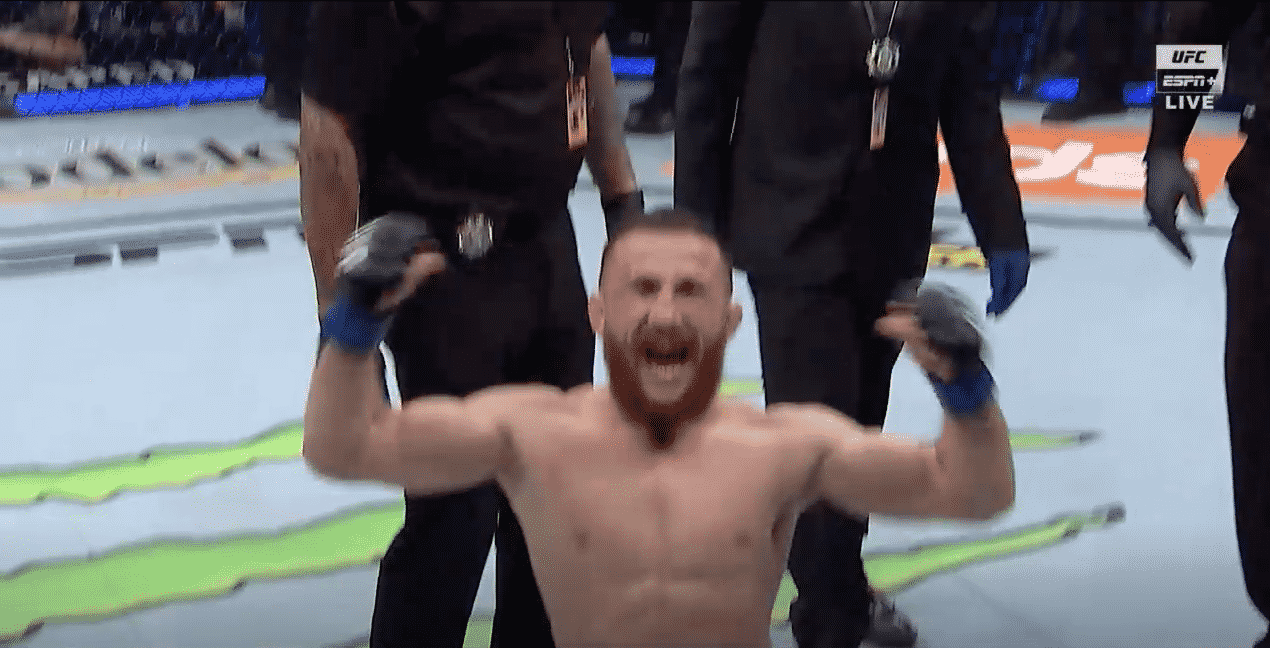 What an incredible opening round to kick off the hotly-anticipated bantamweight bout between Marlon Moraes and Merab Davlishvili. Both challengers had significant moments in the opening frame, with the pair appearing close to the brink of stoppage losses. However, Tbilisi grappler, Dvilishvili would prevail with a barrage of second round ground strikes.

Following a brief wrestling exchange in the center of the Octagon, Dvalishvili was dropped with a brisk left hook from Nova Friburgo striker, Moraes, twice, in fact, before somehow recovering and managing to take Moraes down to the canvas successfully.

Working from an open guard, Dvalishvili postured and landed a series of unanswered hammer fists, a couple of which appeared to knock Moraes unconscious momentarily before the opening round klaxon.

Continuing where he left off for the majority of the second round, Serra-Longo trainee, Dvalishvili eventually forced referee, Keith Peterson’s hand after landing in excess of 100 unanswered ground strikes.

Below, catch the highlights from Dvalishvili’s second round stoppage win over Moraes.