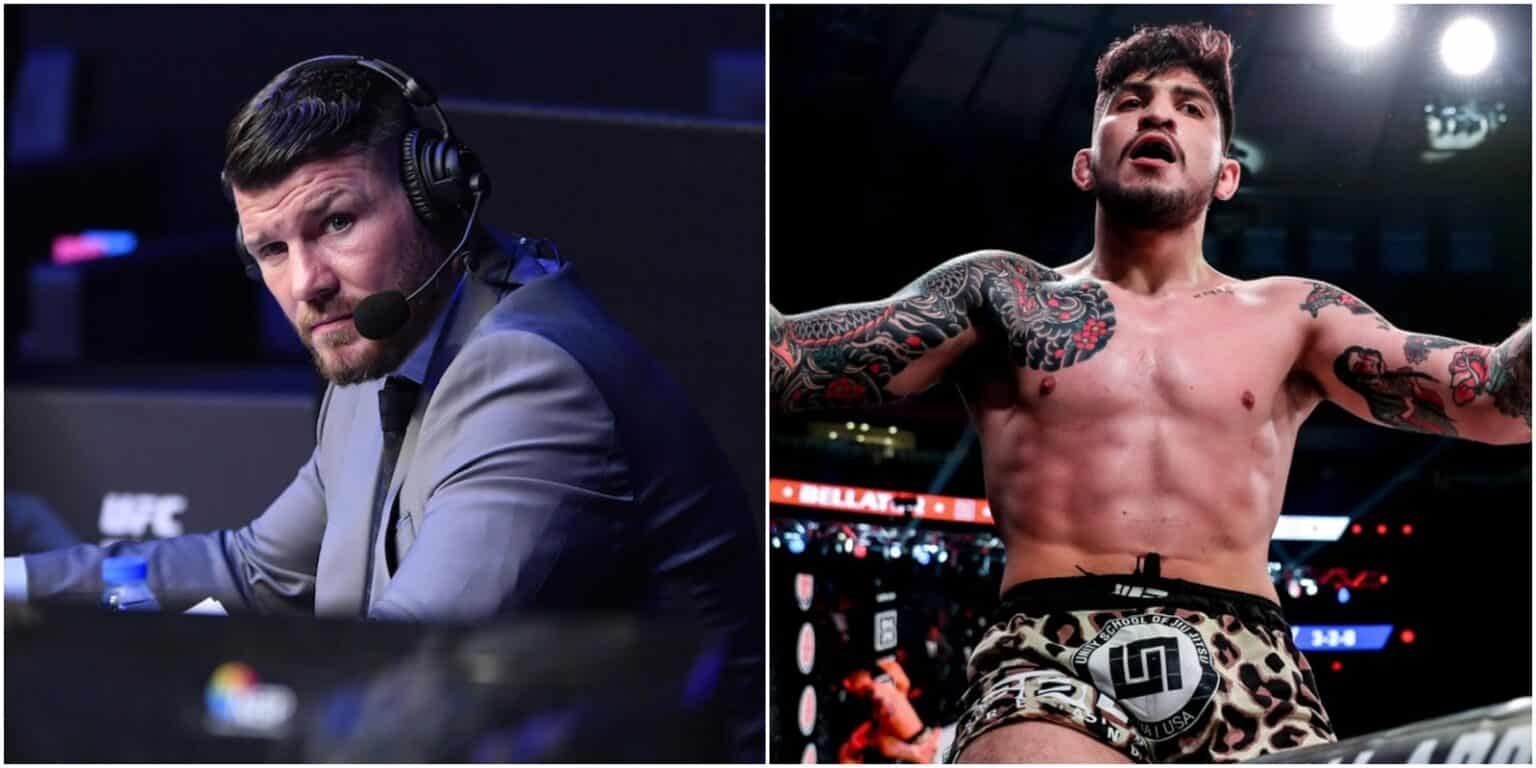 Former UFC middleweight champion, color commentator, and Hall of Fame inductee, Michael Bisping has given his thoughts on the recent arrest of Bellator MMA welterweight, Dillon Danis, claiming that the New Jersey native is a “broke version of Conor McGregor“, as well as requesting that he leave the mixed martial arts community.

Footage emerged last week which appeared to show former Marcelo Garcia student, Danis attempted to struggle and kick away from responding law enforcement officers outside the Beachcomber Bar and Grill in Seaside Heights, New Jersey, before he was escorted to a police cruiser and brought into custody.

Whilst a mugshot footage surfaced, which appeared to feature Danis, sporting blonde hair as well as a knee brace on the outside of his right pant leg, previous footage also made its way to social media which appears to show Danis involved in an altercation with a security guard from the venue, before he has his back taken, as the security guard establishes hooks and locks up a rear-naked choke, before Danis appears to tap soon thereafter.

Danis is expected back in court on the 19. of this month, with the responding officer alleging that the grappler “created a disturbance“.

For the security guard, decorated Brazilian Jiu-Jitsu player, Gordon Ryan has reached out to him, offering him front row seats to attend ADDC Submission Wrestling World Championship next September, while UFC alum and grappling standout, Tom DeBlass has invited him to train at his academy for the next year.

Reflecting on Danis’ arrest and apparent subduing at the hands of the security guard, the aforenoted, Bisping called for the 28-year-old to leave the mixed martial arts community as well as describing him as a “broke version of Conor McGregor“.

Undefeated in his first two professional mixed martial arts appearances, Danis has been out of action since reconstructive knee surgery in March of last year, having featured in the training camp of the aforenoted, McGregor for the Dubliner’s UFC 246 main event with Donald Cerrone in January of that year.