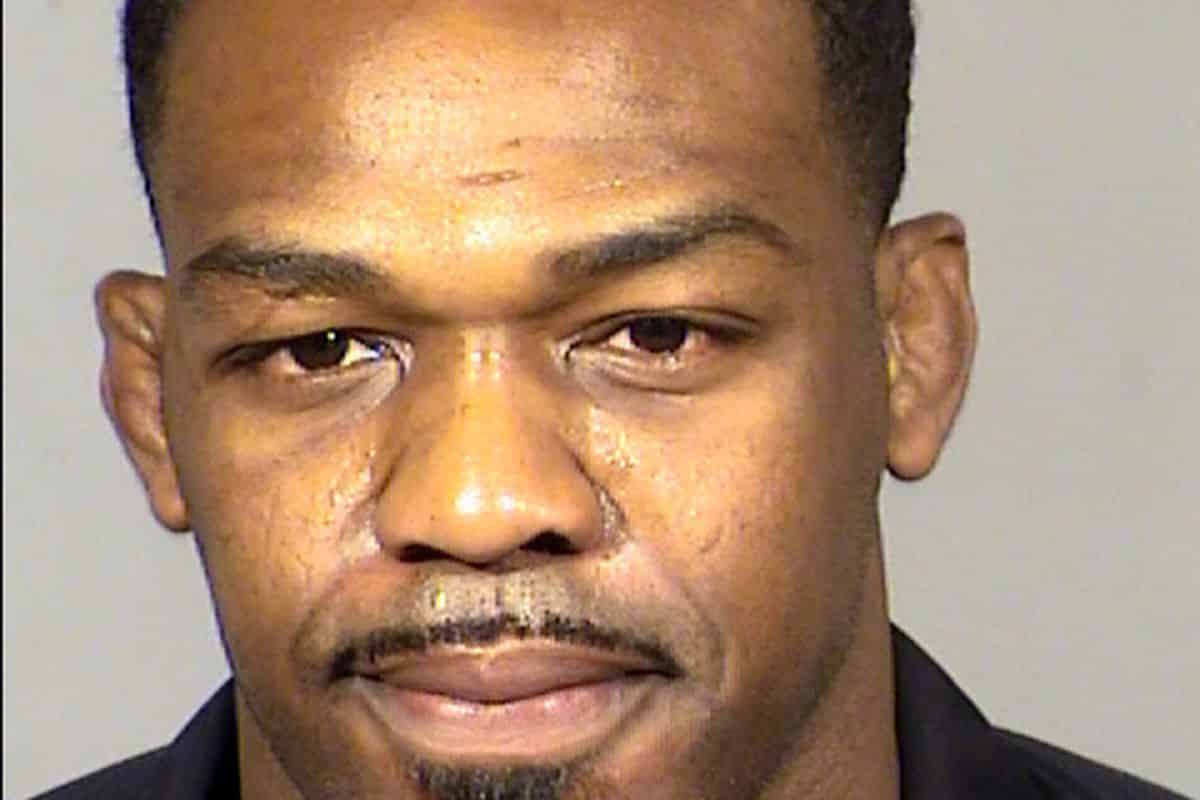 Former two-time UFC light heavyweight champion, Jon Jones is alleged to have headbutted a police car as well as pulled the woman’s hair in an arrest report released this Tuesday afternoon in relation to his arrest in Las Vegas, Nevada last weekend following his induction into the UFC Hall of Fame.

According to a police report obtained by TMZ, Jones is alleged to have pulled his fiancée’s hair as well as headbutting a police cruiser, resulting in a medium-sized dent as well as chipping paint.

Law enforcement officers from the Las Vegas Metro Police Department responded to a call from Ceasars Palace casino at 5:08 am local time for an alleged “domestic disturbance” in a room at the casino and hotel, with the report detailing the persons involved were a female “bleeding from her nose/mouth” and a “male adult who is a professional MMA fighter“.

The report details how responding officers saw Jones walking close to the hotel and casino ground where he was then detained and placed in handcuffs.

Jones, 34, is then alleged to have begun behaving “irate and smashed his head onto the front hood of the LVMPD patrol cruiser” resulting in chips in the car’s paint as well as a medium-sized dent.

Jones is said to have experienced many emotions following his handcuffing, before allegedly threatening to sue the police department for placing handcuffs on him following his induction into the Fight Wing of the UFC Hall of Fame.

Jones is also alleged to have jokingly mentioned the possibility of engaging in a fight with the responding law enforcement officers, in a bid to see if he could fight them all at the same time.

The report details how Jones’ finacée, Jesse, the alleged victim was interview with police, claiming she was asleep in bed when Jones had arrived back to their room in the early hours of that morning after partying with friends in Las Vegas.

“Jon (Jones) came back and was not very happy,” Jesse said. “Umm, not too physical but a little bit yeah,” Jesse replied when asked if he became physical with her.

When questioned what she meant regarding the above statement, Jesse replied, “He touched the back of my head and pulled my hair a little bit but he did not hit me or anything.“

Responding officers reported that they had noticed blood on Jesse’s lips, as well as some swelling. And that blood was found on the bedsheets in their hotel room. Jesse claimed that her lips were in that condition because they were dry.

Jesse is alleged to have contacted the security booth of Ceasars Palace, requesting an additional key for their hotel room, with the security guard on duty noticing blood on Jesse’s person. The guard explained how Jesse became upset and explained how she was scared to return to her hotel room, before she and their youngest son asked him to “call the cops“.

Jones, who is set to appear in court next month facing charges of misdemeanor battery as well as felony injuring or tampering with a vehicle, told police officers that he had never got physical with his fiancée.