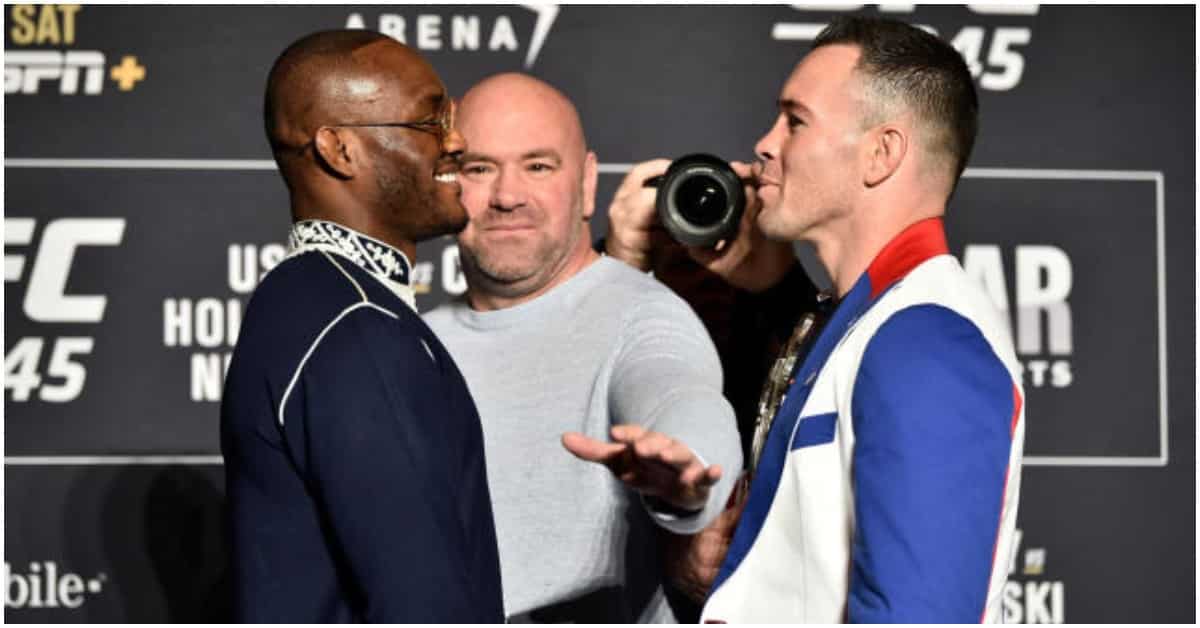 Colby Covington disagrees with the most recent pound-for-pound rankings that have Kamaru Usman as the best fighter in the UFC right now.

In September, ‘The Nigerian Nightmare’ rose to the top spot after becoming the most dominant champion in the UFC. Usman has defended his welterweight title on four occasions since dethroning Tyron Woodley in 2019 and appears to be getting better with every fight.

Last time out, Usman spectacularly ended his rivalry with Jorge Masvidal by knocking out ‘Gambred’ at UFC 261, showing off his ever-evolving striking skills.

Next up, he’ll face another rematch this time against Covington. The 170lb duo first fought back at UFC 245 in December 2019. After five rounds of back-and-forth action Usman eventually emerged victorious by TKO.

Ahead of his rematch with Usman at UFC 268 this weekend, Covington has been talking about his rivals’ ascension to the top of the pound-for-pound list.

“I don’t feel like that’s a fair rating,” Covington told Yahoo Sports. “How do beat you beat a guy in ‘Street Judas’ [Jorge] Masvidal? The guy has 20 losses. Look at the facts. We gotta go by facts these days. We can’t go by anything else but the truth. You can’t go by lies or hype or manipulation. The guy he just beat back-to-back has 20 losses. The guy’s a journeyman. He’s not even a top-tier fighter. So, I don’t think beating a guy link that deserves of a No.1 pound-for-pound ranking.” (Transcribed by Sportskeeda)

Since losing to Usman in 2019, Covington, who now trains under Cesar Carneiro and Daniel Valverde at MMA Masters Gym, has been much less active than the welterweight champ, fighting just once. ‘Chaos’ squared off against Woodley in September 2020 and was dominant on route to a fifth-round TKO win. He’ll get his second shot at the undisputed 170lb title on Saturday (November 6th) at Madison Square Garden in New York.

Do you agree with Colby Covington? Should Kamaru Usman be lower on the pound-for-pound rankings?