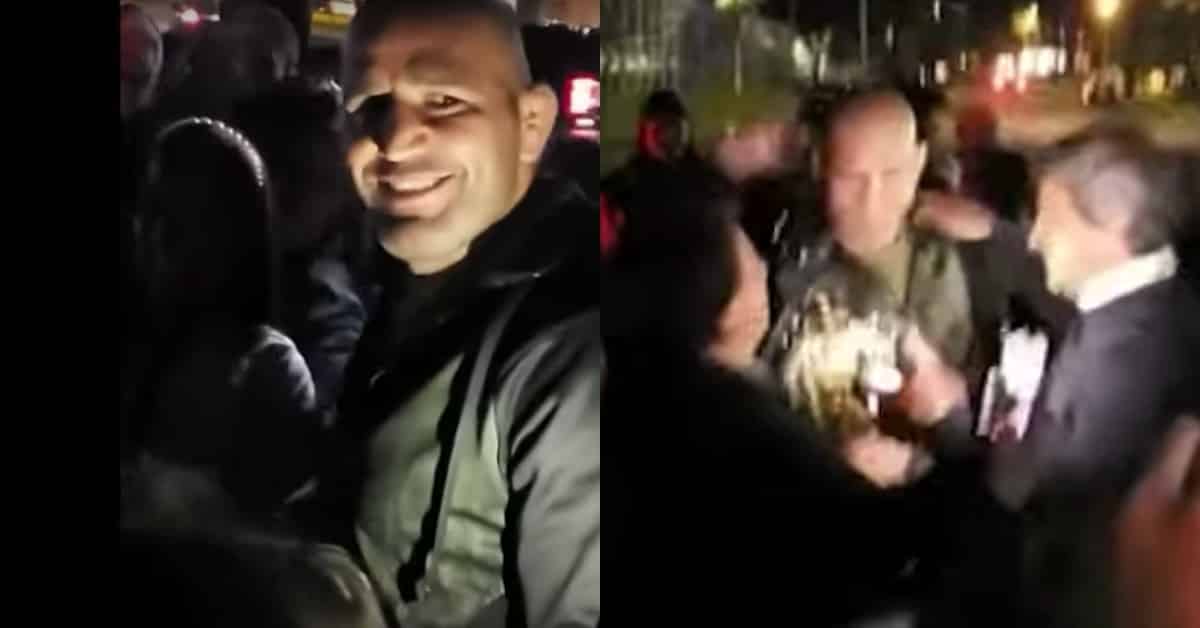 Teixeira, who challenged for the light heavyweight title for the second time following a unanimous decision loss to former two-time gold holder, Jon Jones back in 2014, managed to scoop the title at the second time of asking — submitting Blachowicz with a second round rear-naked choke in a largely dominant and straightforward win for the veteran.

Turning 42-years-old last Thursday, Teixeira became the second-oldest champion in the history of the promotion, only behind former heavyweight and light heavyweight best, Randy Couture by stopping Polish finisher, Blachowicz.

Now in the midst of an incredible six-fight winning streak, Teixeira returned to Danbury, Connecticut following his successful foray to ‘Fight Island’ — where he received a hero’s welcome with fans and friends chanting in Portuguese and sporting Brazilian flags in Teixeira’s honor.

The Minas Gerais native joins reigning lightweight champion, Charles Oliveira and two-weight gold holder, Amanda Nunes as the other Brazilian champion’s currently under the promotion’s banner — with both set to put their titles on the line next month at UFC 269 in the final pay-per-view event of the year.

Prochazka is currently 2-0 in the UFC since his move to the organization last year, stopping Volkan Oezdemir at UFC 261 in July last annum — before lodging a Knockout of the Year contender against Dominick Reyes in a May headliner — which earned him a second straight Performance of the Night bonus.