Ronaldo wrestles the narrative away from Ole Gunnar Solskjaer again

Who could have possibly predicted that victory over a shambles of a Spurs side would represent yet another false dawn for Manchester United? Who could have possibly predicted that Manchester United would choose the day that Spurs appointed the elite manager apparently unwanted by United to plunge back into the darkness of a chaotic performance that exposed their every weakness and left them staring Champions League qualification in the face? All of us? All of you?

And who could have possibly predicted that one particular Manchester United player would score an injury-time equaliser to lift them from third to first in the Champions League table? Who would have possibly predicted that disaster would be averted and the narrative would switch from a team woefully underperforming under a manager worryingly overpromoted to the talismanic brilliance of one astonishing phenomenon of a GOAT contender? All of us? All of you?

Barring two moments of genius that twice brought undeserved equalisers, United were utterly rotten in Italy. Sloppy, disorganised, muddled. In every formation. With every combination of personnel. And yet they escaped an eighth Champions League defeat of Ole Gunnar Solslkaer’s reign through the sheer brilliance and bloody-mindedness of their most decorated player. This was not a draw masterminded by their manager by any means, but it will earn that manager an extension to the reprieve his team earned him in north London on Saturday.

Allowing non-elite rivals to appoint the elite manager who was clearly desperate to improve an expensive and theoretically talented Manchester United squad looked like an error on Tuesday morning and it looked like a disaster after 90 minutes in Bergamo. The Ronaldo equaliser does not magically make sticking with Solskjaer the right decision, but it does muffle the noise for a few days at least until Saturday’s derby clash with Manchester City.

Ronaldo rightly claims all the headlines (though nobody should forget the efforts of Eric Bailly in restricting Atalanta to just two goals when the rest of his defensive teammates collectively conspired to gift them more) but for much of the game it seemed like the defining image would be that of Harry Maguire with his arm raised at imaginary offsides. His lack of pace was exposed so completely by Duvan Zapata that the BT commentators were convinced the goal was obviously way, way offside because surely no man would run that slowly unless he absolutely knew the goal would be disallowed. 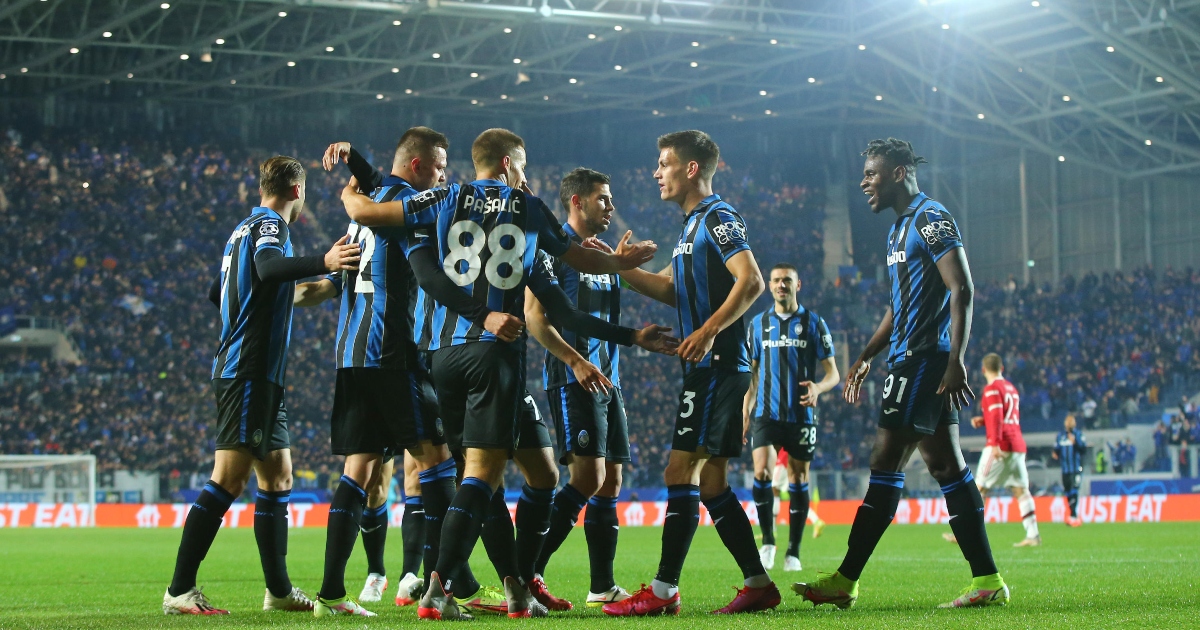 That had made it 2-1 to Atalanta and amid the rabid celebrations they must have known that Ronaldo still had so very much time to conjure an equaliser. He had already shown them the trick just before the break when a moment of quick, incisive, instinctive football had seen him combine with Bruno Fernandes and Mason Greenwood to score a truly lovely goal. It was a strike that a) prompted Atalanta to start man-marking Fernandes and b) protected Paul Pogba from the half-time hook his error-strewn first half had deserved.

Pogba lasted only until the 68th minute and even a frustrated Fernandes trundled from the pitch after 86 minutes, with the use of Jadon Sancho and even Donny Van de Beek testament to how desperate Solskjaer had become to find another equaliser. That it came was about the fear of Atalanta, the sheer number of attacking bodies and the brilliance of Him. It was as incredible as it was inevitable.