Sam Simmonds endured another demoralising England setback on Tuesday night as he was released from the national squad and sent back into Test exile at Exeter.

The 26-year-old was surely shocked to miss Saturday’s Test against Tonga at Twickenham, especially after Eddie Jones had left rival No 8 Billy Vunipola out of the training squad. It appeared as if he was on course for a first appearance since March, 2018, but instead the long wait to play for his country again goes on.

Last year, Simmonds was named European Player of the Year as his club won the double. Last season, he set a Premiership try-scoring record, earned a place in the Lions squad and played in the final Test of the series against South Africa. 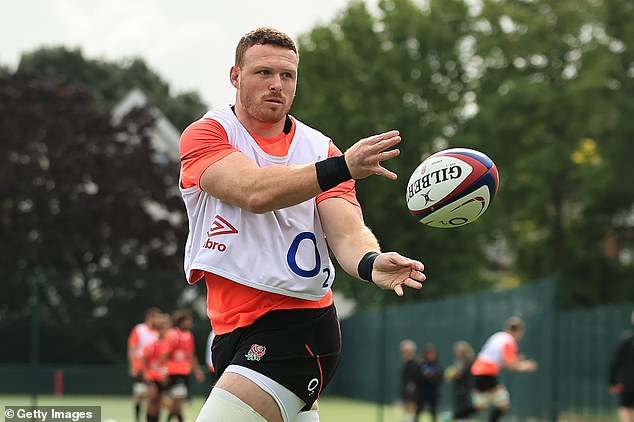 His exploits have attracted widespread acclaim, but he still cannot convince Jones of his credentials.

Speaking to Sportsmail before coming into the England camp, Simmonds said: ‘When I came back from the Lions tour, it made me realise I want to be back involved with England — playing with and against the best players in the world. I’ve been picked for the Lions, so why can’t I for England? I want to play; to be starting or on the bench.’

Sadly, his optimism has been ambushed by grim reality again. Jones also released Newcastle No 8 Callum Chick. Alex Dombrandt was retained but the balance of the other forwards points to Tom Curry at No 8, with Courtney Lawes and Sam Underhill on the flanks — as first forecast by Sportsmail last month. 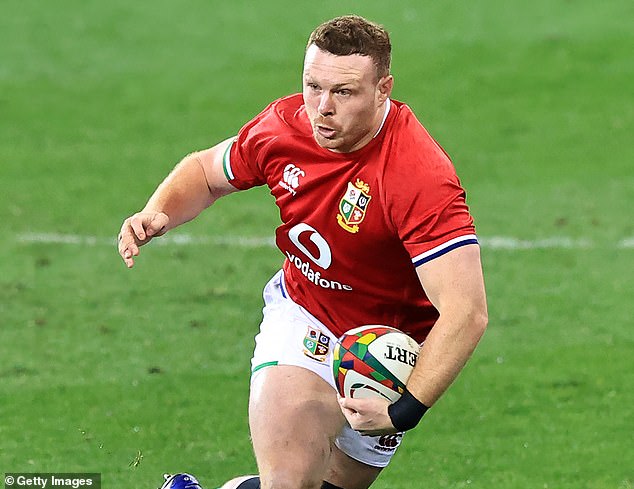 There was an injury scare involving England No 10-in-waiting, Marcus Smith. Jones revealed that the Quins prodigy has been unable to train properly this week due to a leg ‘niggle’.

However, Sportsmail understands that he will be cleared to play in the first Test of the season.

Sale scrum-half Raffi Quirke and Max Malins of Saracens, who can be deployed at full-back or on the wing, are both remaining in camp but won’t be fit for Saturday’s game. Northampton’s Alex Mitchell is poised for his debut as understudy to Ben Youngs and Newcastle flier Adam Radwan is highly likely to start on one wing, with Jonny May on the other. 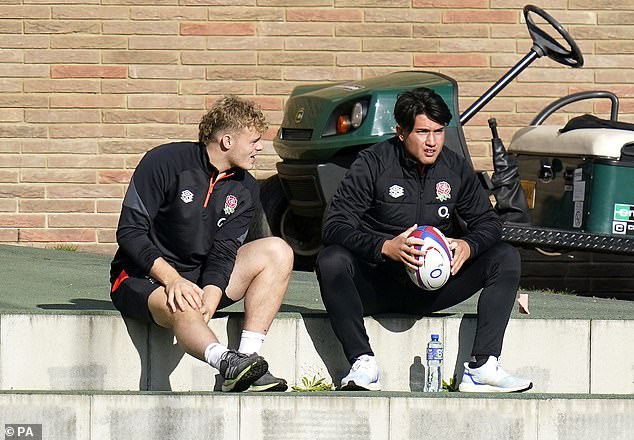 Jones paid tribute to Jamie George, the veteran hooker who he initially left out of his squad, before Luke Cowan-Dickie’s untimely injury ensured a swift reprieve.

‘He has responded well,’ said Jones. ‘I enjoyed the way he played with a little bit of anger for his club. You can see it means a lot to him and that’s the sort of response we want.

‘You can sulk and blame everything around you, or you can get on with it and prove that the person who didn’t select you is wrong. I’ve been really delighted by Jamie’s attitude.’