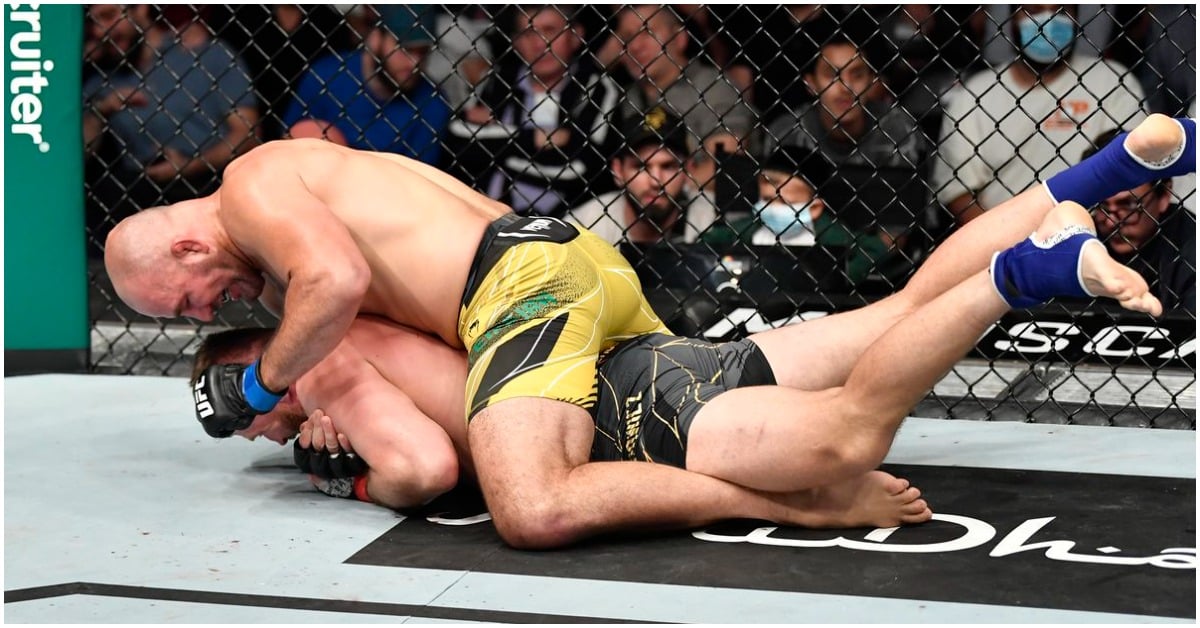 The 42-year Teixeira grabbed the admiration of fans and fighters alike after becoming UFC champion following a 19-year long career. The title came after a dominant performance over Blachowicz where Teixeira would secure the win over the favorite in the second round via submission.

The way in which Teixeira managed to run through Blachowicz who had been on an extremely impressive win streak was surprising to most but not the Brazilian.

“This is not gonna be an easy fight but I’m ready. I’m ready for whatever comes, there’s a man across the octagon with me and I have to beat him I can be world champion tonight,” Teixeira said on The MMA Hour. I didn’t think I was (going to) dominate and take him down that easy, again easy with respect, it was a quick takedown you know what I mean.”

Teixeira controlled Blachowicz for most of the first round and mid-way through the second, once Teixeira secured the takedown wasted no flattening out and submitting Blachowicz.

“So I stretch him to the ground, my cup is pressing on his back.” Teixeira told Ariel Helwani. “That’s a very uncomfortable pressure there and as soon as I put the hand, he tapped. “But I knew he wasn’t gonna go anywhere, so he probably knew that too.”

Teixeira’s title win comes seven years after he first challenged for the belt, when in 2014 when he took on Jon Jones and lost by decision. After this loss, which would be his first in the UFC, Teixeira would trade wins and losses with the best of the best in the organization, fighting the likes of Anthony Johnson, Alexander Gustafsson, and Rashad Evans.

Before his 2019 bout with Karl Roberson, Teixiera was 4-5 since the Jones fight and was heading towards the end of his career. Teixeira shared his thoughts about this time in his career, he said.

Teixeira is now the champion on a six-fight win streak and took out top contenders Anthony Smith and Thiago Santos on his way to being the oldest person to win a UFC title for the first time.

“I was missing the belt, one day I could say I’m UFC champ and I was best in the world at one point, I can always say that”

Were you shocked to see Glover Teixeira submit Jan Blachowicz?