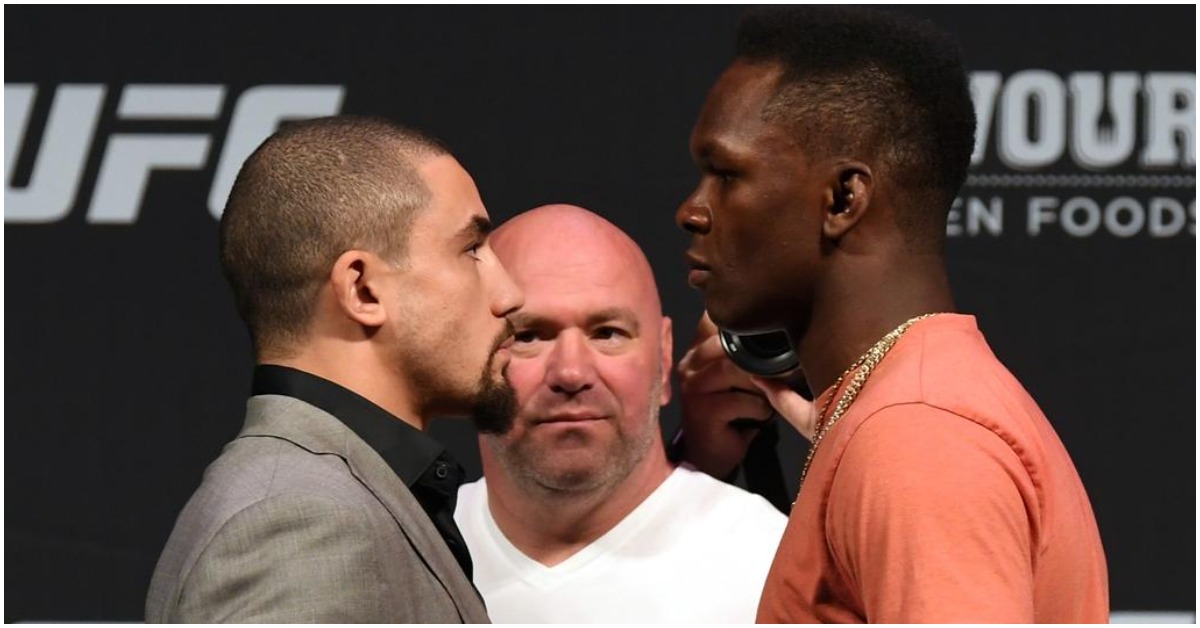 Israel Adesanya has been scheduled to defend his belt against Robert Whittaker in their long-awaited rematch at UFC 271 on February 12th.

According to MMA fighting, ‘Stylebender’ and ‘The Reaper’ have both begun talks to schedule their rematch, however, no contracts have been signed yet. The promotion will be hoping they can get this highly anticipated rematch scheduled soon.

The two fighters previously met back in 2019 at UFC 243 where Adesanya was able to dispatch of Whittaker by knockout in the second round. From then on Adesanya had gone on to successfully defend his middleweight belt twice with a decision victory over Yoel Romero and a flawless performance in his stoppage win over Paulo Costa. Before attempting to push for the Light heavyweight Championship and double champ status. However, he was unsuccessful in his attempt and was handed his first MMA loss by Jan Blachowicz at UFC 259.

The Last Stylebender then returned to the middleweight division to secure his third title defence when he picked up a unanimous decision victory over Marvin Vettori in their rematch in June 2021.

Following on from his KO loss to Adesanya, The Reaper began his path back to title contention. This process began with two wins in 2020 where Whittaker was able to secure unanimous decision victories over both Darren Till and Jared Cannonier. He then went on to extend his winning streak after beating Kelvin Gastelum in his most recent outing back in April 2021.

Since moving to middleweight only Adesanya has been able to get the best of Whittaker who holds a 10-1 record during his time at 185 pounds. Whittaker will be looking to avenge his only loss in this division come February.

In what is a long-awaited rematch, who do you see leaving the octagon UFC Middleweight Champion of the world that night?