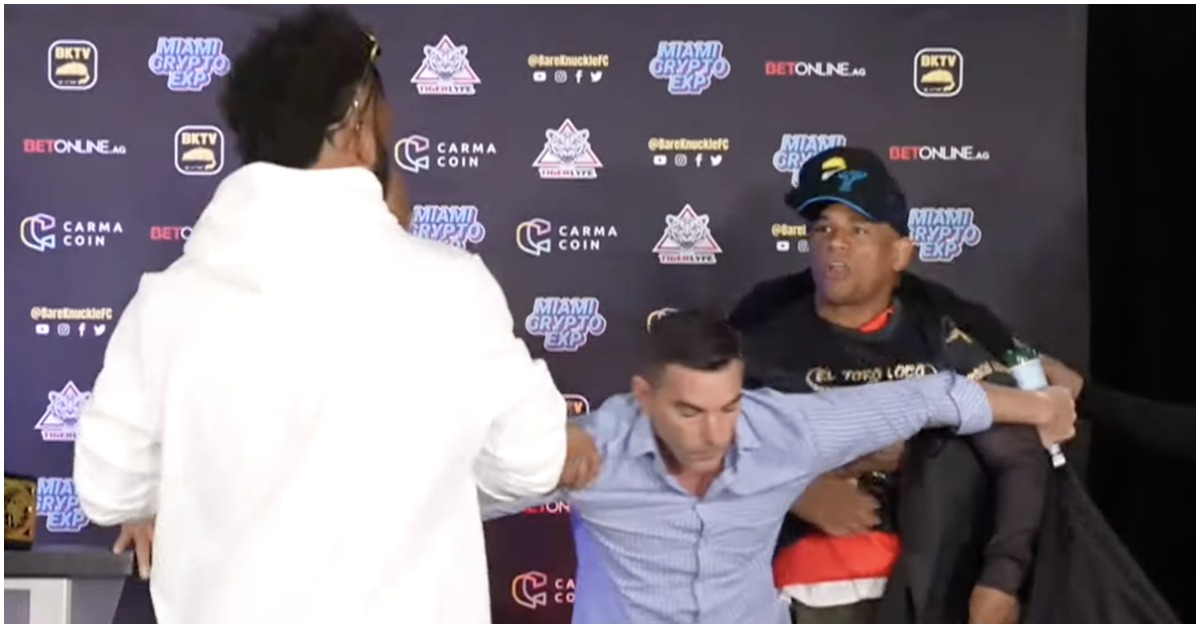 Lorenzo Hunt walked over to Hector Lombard to grab his belt and then proceeded to smash it on the ground before being escorted out of the building at the BKFC 22 pre-fight press conference.

The ongoing events caused by Hunt grabbing the cruiserweight belt was the UFC veteran Lombard being restrained as well as the whole press conference being in a state of shock.

This is a fight that seems to be long overdue between both fighters with their first encounter coming after Lombard’s title victory, now with this final meeting leading carnage.

Hector Lombard and Lorenzo Hunt have a long history

Dating back to BKFC when Lombard captured the cruiserweight title for the first time causing Hunt to storm the ring.

This resulted in Lombard hitting Hunt with a two-punch combination while the area security and everyone surrounding tried to separate them.

Hunt currently holds a record of 6-1 in BKFC and is riding a three-fight win streak with all finishes being by knockout.

Since joining BKFC Lombard is undefeated and has captured the cruiserweight title, the UFC veteran will look to add to the success he has had since joining the organization with a win over Hunt.