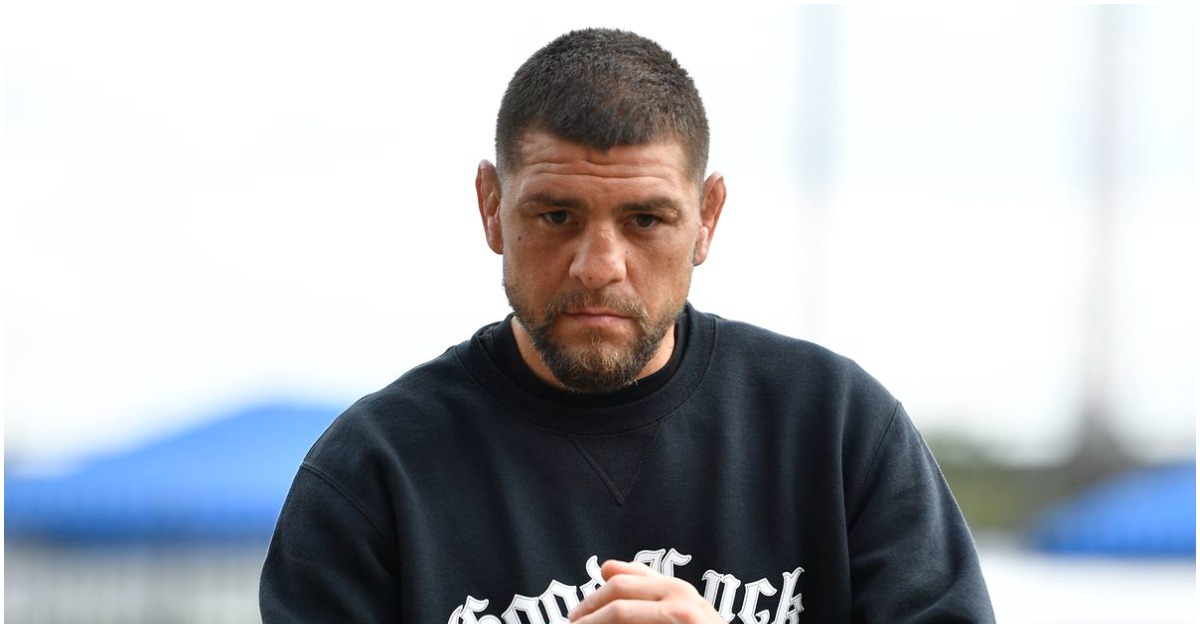 Leon Edwards is currently without a dance partner for UFC 269. ‘Rocky was supposed to square off against Jorge Masvidal on December 11 but ‘Gamebred’ withdrew from the bout on Wednesday due to an undisclosed injury.

Since then, a slew of welterweight contenders including Belal Muhammad, Gilbert Burns, and Khamzat Chiamev have volunteered their services for the final pay-per-view card of the year.

Edwards though doesn’t seem too interested in staying on the card and instead hopes to take some time off before challenging Kamaru Usman for the welterweight title next year.

“Disappointed but honestly I knew this fraud didn’t want to fight me anyway,” Edwards wrote on social media soon after news of Masvidal’s withdrawal broke. “He was just a stop off on the way to the title. The goal remains the same. Much needed family time now, @usman84kg i will see you soon.”

A new, potentially more exciting name has now entered the Leon Edwards sweepstakes. Former Strikeforce champion and UFC legend, Nick Diaz appears to have put himself forward as a replacement for Masvidal.

“Put me in,” Diaz replied to a post from ESPN journalist Brett Okamoto that highlighted Chimaev’s desire to face Edwards at UFC 269.

Diaz ended his six-year lay-off from the sport earlier this year when he rematched Robbie Lawler at UFC 266. The Stockton, California native gave a good account of himself before ultimately being TKO’d by ‘Ruthless’ in the third frame.

It seems unlikely that the UFC would be willing to book Diaz in a welterweight contender fight partly due to the fact he failed to make 170lbs for his return fight. Also, the not so insignificant issue of Diaz being without a win inside the Octagon since he beat BJ Penn over three rounds more than 10 years ago.

Do you want to see Leon Edwards vs. Nick Diaz at UFC 269?