What the Heck? Why Sheffield United had to start a new project

Sheffield United came under fire for replacing Slavisa Jokanovic with Paul Heckingbottom but it’s a long-term plan that could just work.

When it comes to universally despised and derided decisions, you would be hard pressed to find one that evoked a more extreme reaction in football than Sheffield United appointing Paul Heckingbottom as their new manager.

There is admittedly plenty to chew on when it comes to criticising the Blades’ hierarchy and their decision-making process over the last couple of years, but there could well be some silver linings to this somewhat predictable yet simultaneously left-field choice to take the club forward…or at least that’s the direction in which they will be hoping to travel.

Less than nine months since taking the position on a caretaker basis – and on a hiding to nothing – Sheffield United have come up with the idea of allowing their former caretaker to take the reins on a far more permanent basis after the dreary and depressing boredom that engulfed predecessor Slavisa Jokanovic’s half-year spell in South Yorkshire.

Rather than appointing another manager off the production line to continue the barely worthwhile work that the Serbian had started in his time at Bramall Lane, the chiefs in this corner of Yorkshire have instead opted to go down a slightly different route. Legitimate criticisms range from this being a cheap option to the club not having a clear plan in place. 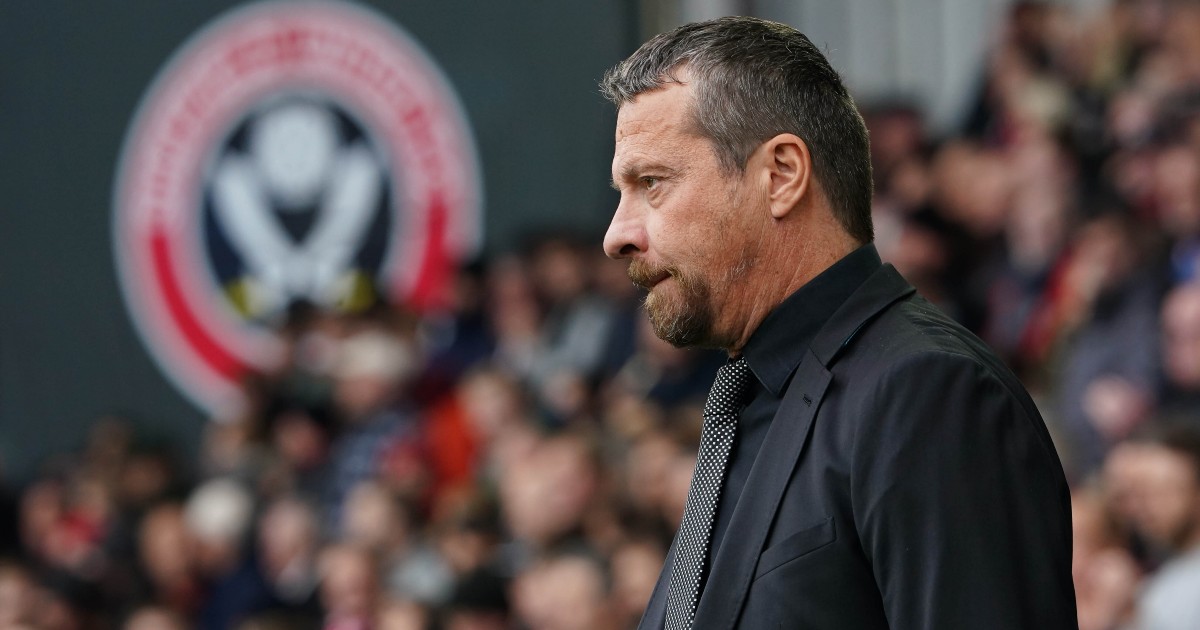 This is nowhere near a perfect situation, but praise should be given to the decision-makers for trying something different. It could yet prove to be a car crash – recent evidence shows that is perhaps the most likely outcome based on the decisions that have come before – but it would be remiss of us to condemn this appointment without first examining just what the aims are for Sheffield United.

In appointing Heckingbottom, they have a man with equal parts knowledge of both the first team – owing to his three-month stint in charge at the back end of the 2020/21 season – and the under 23s with which he has worked since the summer of 2020.

It is no secret that a lack of investment in the playing squad has left the Bladesmen looking stale. Jokanovic carried the look of a man perennially frustrated by such poor prior planning for potential promotion to the Premier League. Speaking out about it was a big factor behind him losing his job – not that anyone shed any tears over it.

There are a handful of promising players in the under-23s who could prove to be the bright future at the end of the dark tunnel that has been the last 18 months, and who better to bring them through into the first-team picture than a man who has helped them this far? Iliman Ndiaye is the current argument for youngsters being given their chances; he has taken them, unlike far too many of his contemporaries in the United team.

At his midweek unveiling, Heckingbottom spoke with more vigour and passion for the role in one sit-down than Jokanovic had done throughout his entire time at the club. If his own usually dour exterior was acceptable when the winning, entertaining football he brought to Watford and Fulham was in full flow, it was very much unwelcome when it reflected so accurately what was happening on the pitch.

It is never this simple, but if United were to reflect their new man in the dug-out, they would zip around the pitch and please the crowd tenfold compared to the previous regime. The party line is that Heckingbottom had been considered to take charge full time in the summer. The party line remains that hiring Jokanovic was not a mistake and was the right decision at the time. Every one of the decision-makers at Bramall Lane is singing from the same hymn sheet, Heckingbottom included.

The four-and-a-half-year contract handed out to Heckingbottom proves that there is at least faith in this project moving forward. For all the benefits that Jokanovic brought to the club, in theory at least, it was as simple as replacing one manager with another and simply hoping for the best.

Whether the fans like this next phase is almost immaterial; the words issued from above suggest that even if Sheffield United were to claim the unthinkable double and suffer successive relegations, Heckingbottom would remain the man at the helm. The aim, as with almost every club at this level, is to make it to the Premier League. It does not take an expert to work out that, despite operating there this time last year, Sheffield United are as far away from that as they have been at any point in the past half-decade.

There is no way to guarantee promotion to the top flight, and very few ways to make a good fist of it. You have to throw money at the project, something Sheffield United are not willing to do given how often it backfires, rely on parachute payments, or make a project of it like Brentford, who did it the sustainable way.

Sustainability has been the key word this week for the Blades, and the marginal gains that come with believing in and fully committing to that can far outweigh taking the usual approach that is hiring and firing managers on a bi-season basis.

There is no quick fix to the problems in this corner of South Yorkshire, but there is the potential that this could all end up very rosy for Heckingbottom and co. It’s the way things are now at Sheffield United, and that isn’t going to change any time soon. It’s time to embrace this new project.