How Liverpool brutally trolled Everton fans in the Merseyside derby

Liverpool blasted past an ordinary Everton side thanks to a brace from Mohamed Salah, as well as goals from Jordan Henderson and Diogo Jota.

Although it looked close at half time, with Demarai Gray reducing the scoreline to a respectable 2-1, the second half was entirely one-sided as Jurgen Klopp’s side showed the quality that makes them amongst the favourites for the Premier League title this season.

It follows on from Liverpool’s 4-0 win over Arsenal at Anfield, as well as their 4-1 victory over Southampton at the weekend.

Four goals in each of their last three Premier League games! pic.twitter.com/YLyQkxIuim

For Everton, it was more pain.

Having trolled Manchester United during their 5-0 demolition of the Red Devils at Old Trafford with a rendition of “Ole’s at the wheel”, Liverpool fans continued in the same vein at Goodison park.

This time, they directed their chants at the former Liverpool, and current Everton boss Rafa Benitez.

Those that remained at Goodison park with the score at 4-1 were treated to a rendition of “Rafa’s at the wheel” as the Spaniard looked on, surely fearing for his job after a limp performance from his side.

‘Rafa’s at the wheel,’ is now the chant from the away end

For Liverpool, it is a statement win over their rivals. For Everton, it marks another low point, with the game against Arsenal perhaps the last chance for Benitez to save his job. 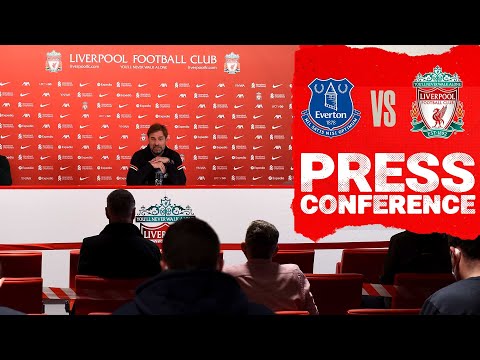