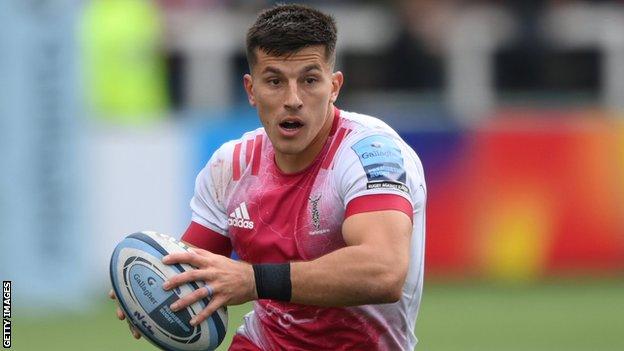 Harlequins have made nine changes to their starting XV for their final Champions Cup group game on Friday as they seek to finish top of Pool B.

With a place in the last 16 secured thanks to a dramatic win over Cardiff last week, England stars Marcus Smith and Joe Marchant are on the bench.

Tommy Allan plays at fly-half after two months out with a shoulder injury, with Scott Steele starting at scrum-half.

Senior coach Tabai Matson said: “It’s a great opportunity for guys who have been working furiously for months now to play at the Stoop in front of a sold-out home crowd and cement our European aspirations.”

Finishing top of the pool would mean home advantage at the quarter-final stage.

A bonus-point win would all-but secure that but Quins will have to wait for the Leicester Tigers-Bordeaux game with the two Premiership clubs only separated by points difference.

Castres can still qualify for the last 16 but have lost their last three Champions Cup matches, including a narrow 20-18 defeat by Harlequins in December.