Of the eight men set to compete in the Australian Open fourth round Sunday, only Alexander Zverev and Gael Monfils remain perfect at nine-for-nine in sets played. But it’s Rafael Nadal, who just dropped his first set of the tournament against 28th seed Karen Khachanov, who may be feeling the best about his game.

Supercharging his return from a recurring foot injury that kept him out of action since early August, the sixth seed—who won the Melbourne Summer Set title prior to the Aussie Open—is playing better than even he had hoped for.

“I am just enjoying every single day, no? Today I played my best match without a doubt since I came back,” he said following his 6-3, 6-2, 3-6, 6-1 win over the Russian. “That is a very positive and special thing for me.

“I played here at the night session with a great crowd against a very good opponent, [was] able to increase my level… I’m very happy.”

Nadal admitted to having doubts about not only his return in time for Australia, but his return to the Tour in general. Despite the lingering foot issue—one he said cannot be fixed, but only managed—his game is rounding into form for the business end of the year’s first Slam.

After excelling against his first Top 60 opponent of the new year in Khachanov, Nadal gets World No. 69 Adrian Mannarino in the fourth round. The Frenchman upset 10th seed Hubert Hurkacz and 18th seed Aslan Karatsev on the way to what is his best AO showing.

“Mannarino is playing great,” Nadal said in a press-conference scouting report. “I think the match against Hubert [was] a surprise. He was playing at I think a very high level. To win against a player like Hubert in straight sets with that result is because you did a lot of things well. I saw a little bit of that match.”

The winner of that matchup will take on either Zverev or Denis Shapovalov in the quarter-finals. The pair has never met at a Grand Slam, splitting their last two meetings at the ATP Cup in 2020 and ’21. Zverev, who won the most recent match, holds a 4-2 edge in their ATP Head2Head record.

Playing in his first daytime match of the Melbourne fortnight on Friday, the German felt the ball “flying a lot more” in the hot third-round conditions, though his 30 unforced errors were his fewest of the tournament. High expectations are now the standard for the World No. 3, who was not totally pleased after a 6-3, 6-4, 6-4 win over Moldova’s Radu Albot.

Zverev has gotten into the routine of practising shortly after each of his matches—a luxury afforded by a trio of straight-setters. “It’s just something I do to get rhythm,” he explained. “Wanted to get some rhythm on my serve, some rhythm on my groundstrokes.”

The Tokyo Olympic gold medallist is quickly becoming a veteran of the game’s biggest stages, having reached the fourth round or better in each of his last eight major appearances. A win over Shapovalov will see him match his 2021 AO result with a quarter-final berth—and he says he’s still “quite full of energy” after spending just six-and-a-half hours on the court in the tournament.

Shapovalov has taken the long road into his first Australian Open fourth round. The Canadian has spent nearly 11 hours on court across 13 sets, including a 4-2 record in tie-breaks. In the third round, he faced one of the few men on Tour who might possess a bigger serve than Zverev’s, finding success against 23rd seed Reilly Opelka with three breaks in 12 chances. He’ll face another tall task against the 6’ 6” Zverev, who’s dropped serve just twice.

Gael Monfils was perfect on serve until Cristian Garin broke him thrice in the third round, but the Frenchman countered with seven breaks of his own in a 7-6(4), 6-1, 6-3 victory. He faces Miomir Kecmanovic in the fourth round, after the Serb upset 25th seed Lorenzo Sonego on Friday. It will be a rematch of their lone career meeting at the 2021 Rolex Paris Masters, where Monfils won in three. 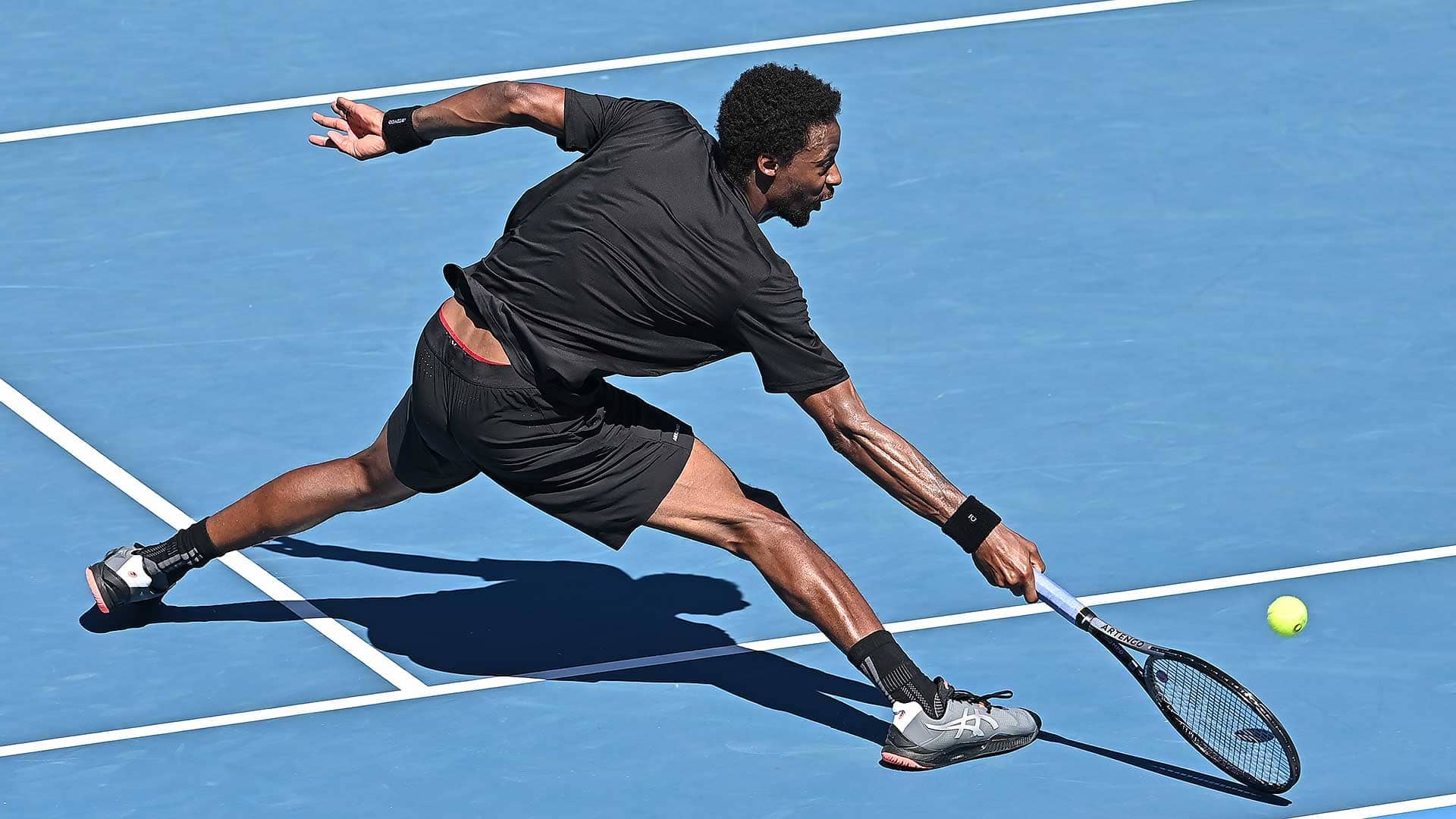 Rediscovering his top form as a newly married man, the 35-year-old has dropped just one set in eight 2022 matches, including a flawless run to the Adelaide International title. It’s a welcome change from a sluggish start to 2021 for Monfils, which included a first-round loss as the 10th seed in last year’s Aussie Open.

“To be honest I tried to not even remember last year,” he told the press. “I just can say that I’m here, I’m good. I feel good, as I say. I worked a lot, hard, and just been playing great tennis for many months now since America last year. So I’m just me.”

The one set he did lose this season came just before he retired with a neck problem against Thiago Monteiro at the Adelaide International 2. Against Garin, Monfils tweaked his ankle in the opening set, but was more concerned with reaggravating a neck problem as he rolled onto the floor. On the evidence of the final two sets against Garin, he seems to have recovered just fine.

Battling it out for the other quarter-final spot in the top half will be Matteo Berrettini and Pablo Carreno Busta, with the Italian coming off one of the matches of the tournament in a five-setter against Carlos Alcaraz. Berrettini spent over four hours locking horns with the Spaniard, ultimately advancing in a first-to-10, fifth-set tie-break—the first extended tie-break of Berrettini’s career. While the 18-year-old Alcaraz fell just short, he may have done his countryman PCB a favor by keeping the sixth seed on court for so long.

Neither Berrettini nor Carreno Busta have been beyond the fourth round at the Australian Open. Even more curiously, the men have yet to meet despite four full seasons as contemporaries on the ATP Tour. The two did practise together once, and will come in with a full understanding of the challenges ahead.

That opinion is backed up by the Spaniard’s two US Open semi-final runs (2017, 2020), a stage Berrettini reached in 2019 in New York. Carreno Busta also has two hard-court titles (Winston-Salem 2016, Chengdu 2019) among his six ATP trophies, while five-time ATP Tour champion Berrettini is yet to go all the way on the hard stuff.

Down to the last 16, the stakes only get higher from here as the Happy Slam gets serious for the remaining men’s singles title contenders.