Frank Lampard has had a year away, but can’t really afford much longer

Frank Lampard marks the passing of the first anniversary of departing Chelsea by having remained out of work since they sacked him.

As the first anniversary of his departure from the managerial position at Chelsea passes, you can only wonder where Frank Lampard thinks it all started to go sour. It’s easy to imagine how it all played out in his head. Funded by the lavish spending of Mel Morris, Lampard would lead Derby County back into the Premier League, leaving to take over the reins at Stamford Bridge, leading Chelsea to a couple of decades of glory as The Alex Ferguson of the South before leaving, just as the statue is erected, to take on the England job and claim the World Cup and the Euros, the international medals that evaded him as a player, before retiring to either Miami or the Dorset coast.

Except it didn’t quite work out like that. Lampard did arrive at Pride Park at the height of Derby’s gold rush in 2018, but couldn’t fashion a team strong enough to force its way into the Premier League. Derby finished in sixth place in the EFL Championship table without having seriously troubled the automatic promotion places all season, and their subsequent defeat to Aston Villa in the play-off final might now be the most expensive in the entire history of the club.

Frank Lampard’s time in charge of Derby wasn’t universally disastrous. They knocked Premier League opposition out of both the EFL Cup and the FA Cup, in the form of Manchester United and Southampton, and their play-off semi-final second-leg win away to Leeds United would be more fondly remembered by Derby supporters were it not for what happened at Wembley a few days later. There are plenty of Derby County managers who’ve done worse than Lampard, if we look at results on the pitch alone.

Lampard’s first season as the Chelsea manager was overshadowed by events beyond the control of any football club. When the Premier League was suspended in March 2020, the team had just pulled out of a rut that had seen them win just four from 14 matches between the middle of November and the middle of February, and having just been thumped by Bayern Munich in the first leg of their last-16 Champions League match.

Bayern finished off the job in July, and by that time Lampard had at least secured qualification for the following season’s competition. The following season started reasonably enough, but for the second season in a row Chelsea faded as autumn turned to winter, and by the midway point at the end of January they’d dropped to ninth place in the table again. It was over. Within four months under Thomas Tuchel, Chelsea were the champions of Europe. He’d had challenges to face, such as the sale of Eden Hazard to Real Madrid upon his arrival and the transfer embargo under which he had to operate, but Tuchel’s achievement with the same group of players that Lampard had – indeed, the summer of 2020 saw Chelsea go wild in the transfer market, spending £220m – did little to help his case. 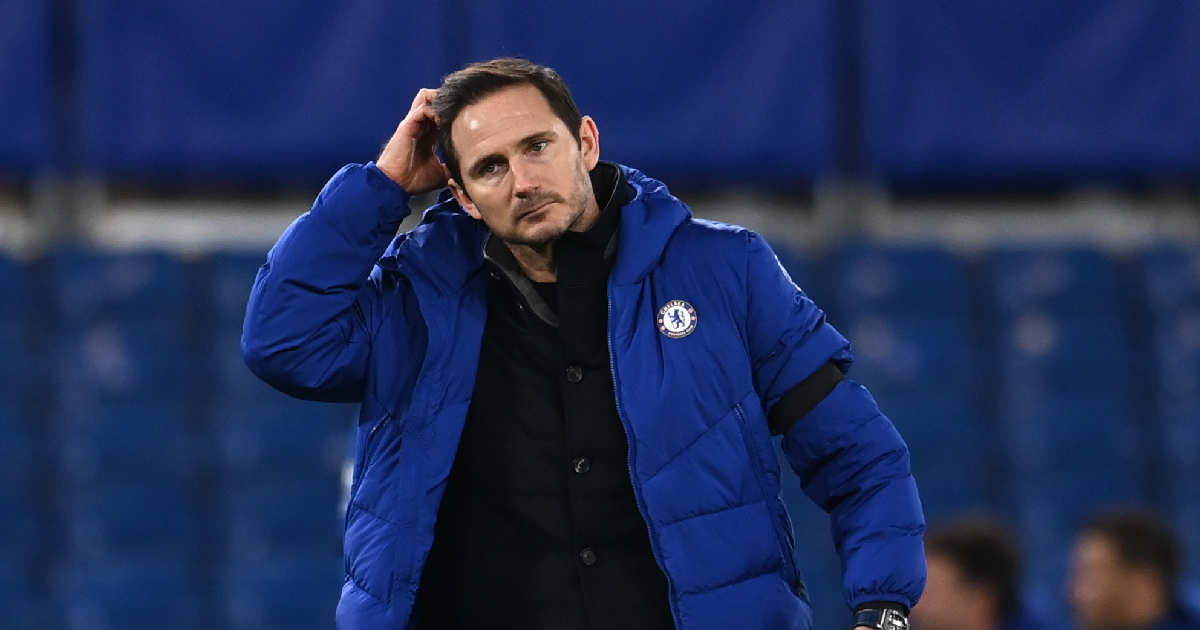 By all reports, those ‘close to him’ say that his decision not to return to the game is a matter of choice, but for how much longer will this be the case? There should be no ‘guarantees’ or work in management for former players unless they’ve demonstrated their chops, and it’s difficult to see where Lampard has ever done this. He was given the job of Derby County manager with no managerial experience whatsoever and, having failed in what history has now shown us was the only way in which Derby County could remain viable as a business, then fell upwards again, this time into the Chelsea job.

And it’s important to place this into some degree of context. Derby County may not have played Premier League football for almost the last decade and a half, but they are A Big Club, with Brian Clough, Arthur Cox and Jim Smith among their previous managers, while according to the Forbes football rich list, in 2019 Chelsea were the sixth wealthiest football club on the planet, with an estimated value of $2.6bn. Even the biggest clubs in the world seem unable to resist the allure of the former players rumoured to have ‘the club in their DNA’.

But Frank Lampard can’t hold on for whatever position he feels entitled to forever. He’s now 43 years of age, and Brian Clough was 37 when he made Derby County the champions of England in 1972, having already won the Second Division title three years earlier. And if it seems a little unfair to compare Lampard to a legend like Clough, well, that sort of legendary status is what he presumably aspires to, isn’t it? And no, it’s not easy, but if that is the company that Frank Lampard wishes to join in the history of the game, then that’s who he should be compared with.

Certainly when he left Chelsea, his sacking was treated in a remarkable way by the press, all of which raises the question of whether his expectations for the next club that he wishes to join can ever align with his own competencies as a manager. Of his generation of players, some have tried and been moderately successful and some have been failures, at clubs both big and small. And whatever else anybody might think of Frank Lampard – his generation of players was divisive in the court of public opinion, if nothing else – he’s not stupid. He knows all of this. Or at least, after more than 30 years in the game, he should do by now. Soon there will be a generation of young players coming through who don’t remember his illustrious playing career. If Frank Lampard ends up being too selective about his next managerial position, he could end up an irrelevance.